Tingaara in the Far Away Ocean: The Aquatope on White Sand Thirteenth Episode Impressions

11 Comments Posted by infinitezenith on October 1, 2021

“When you like your work, every day is a holiday.” –Frank Tyger

Seven months after Gama Gama closes, Kukuru begins her position at the newly-opened Tingarla Aquarium. To her surprise, she’s made a project manager in the marketting department: the director believes that Kukuru’s past experience at Gama Gama would make her suited for promoting Tingarla, but Kukuru had originally wished to work as an attendant. Most of Gama Gama’s former staff have also taken up positions at Tingarla: Umi-yan, Kūya and Kai are also working in preparations, while Karin is in marketting with a different department. Kukuru is overwhelmed with the orientation materials, but resolves to do her best after Karin takes her on a tour of the facilities, which are an order of magnitude more sophisticated than those of Gama Gama’s. However, to Kukuru’s displeasure, she also runs into Chiyu. When Kukuru’s supervisor berates her for over-stepping and attempting to go ahead with a preparation exercise that was not communicated to the staff, Kukuru begins to wonder if she’s cut out for work in the real world. She declines a dinner invitation from Karin and wanders over to the beach to consider her situation, and here, she meets with Fūka for the first time in seven months. Overwhelmed with emotion, Kukuru tearfully embraces Fūka. Having just passed the halfway point to The Aquatope on White Sand, I was not expecting to write about the series again so soon (I scheduled a post for the sixteenth of October), but the events in this episode were immediately relatable – today marks a bit of a milestone for me, as I’ve been with my current position for precisely a half year now. It is worth noting that Kukuru starts at Tingarla on April 1, 2022, and I started my current position on April 1, 2021. These have been busy and uncertain times for me, but it’s also been exhilarating: I feel my happiest when I am completely focused on an objective, whether it be devising a solution for a new workflow or hunting down a bug I was assigned. At my age, I am old enough to know when to take a step back and regroup, but remain young enough to completely understand how Kukuru feels about her new employment at Tingarla. Right out of the gates, Kukuru is assigned to a position she feels that she has no experience with: whereas Kukuru had been a very hands-on individual at Gama Gama and participated in everything from cleaning and feed preparation, to acting as an attendant and devising ways of raising attendance, here at Tingarla, Kukuru is given a very specific position with very specific duties. For someone who had been accustomed to a wide range of roles, following a set of procedures she’d grown familiar with, this is understandably a bit of a unpleasant surprise.

When I graduated from university, I joined start-ups, and there, formalities and processes were secondary: the goal had simply been to develop a functional product, and I wrote iOS apps with no checks and measures in place. On one hand, this gave me the freedom to implement an app however I saw appropriate, and I was able to address issues on the spot. However, the lack of procedure also meant that tracking bugs could be tricky, since the app was moving along so quickly, it was difficult to tell which build introduced a regression. Moreover, the lack of formalised testing meant that every release had the potential to break mission critical pieces. In my role with start-ups, I was involved in every part of app development, from sketching out workflows and requirements analysis, to implementation and acceptance testing. Six months ago, I began working for a larger software company in my hometown: this company has thirty years of history, and being well-established like Tingarla, has an extensive, well-defined set of procedures. Issues are assigned to developers and broken out over two-week sprints. We meet daily to provide progress updates, and completed work is peer-reviewed before being sent over to QA. App releases are structured so they are thoroughly tested before ever entering the customer’s hands. On day one, I was provided with a document that outlined my training, and to my surprise, I noticed that I was already assigned several tickets dealing with JavaScript related work items. Like Kukuru, I was shocked – my assignment had been for mobile development (and my experience was with iOS apps: I’ve never built complete Android apps from scratch before). However, here was also a learning opportunity – I accepted this offer precisely because the job description entailed learning about new systems, and I’ve longed to gain experience with DevOps processes. As I settled into my work, the team taught me the basics of JavaScript, and I brushed up on my old programming knowledge. While I’m not a competent JavaScript or Android developer at the time of writing, I am able to add new features and address bugs that are found. The key here is that willingness to learn, adapt, and more importantly, accept the rules within the new workplace: today, I cannot just start work on a bug I found. Instead, I call someone in QA, we review the issue and then I log a ticket. The project leaders and QA team then determine how critical the issue is and what the appropriate timelines are, and then I pick it up when entering a new sprint. While quite unlike my start-up experiences, I fully understand why such a process exists. In practise, it offloads the pressure from me, allowing me to focus on my tasks (previously, I had to triage everything myself, on top of doing development and testing). Having said this, I do have a chance to offer my feedback during meetings, as well. This is the reality of working with a larger organisation, and while Kukuru is young and inexperienced, I find that the biggest thing for her in this second half of The Aquatope on White Sand is going to be learning about teamwork, collaboration and understanding why things are done the way they are, as well as capitalising on chances to provide feedback and improve processes. 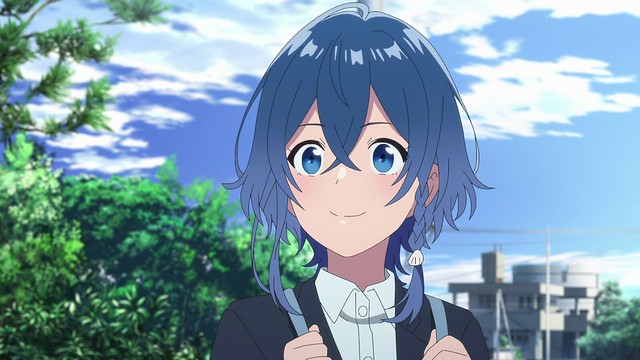 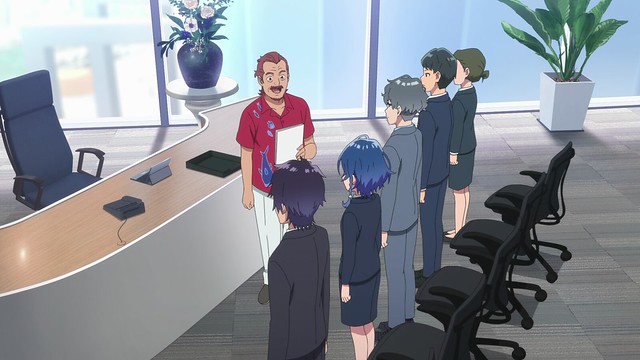 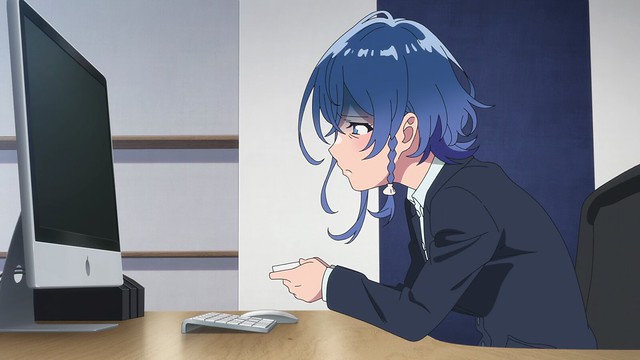 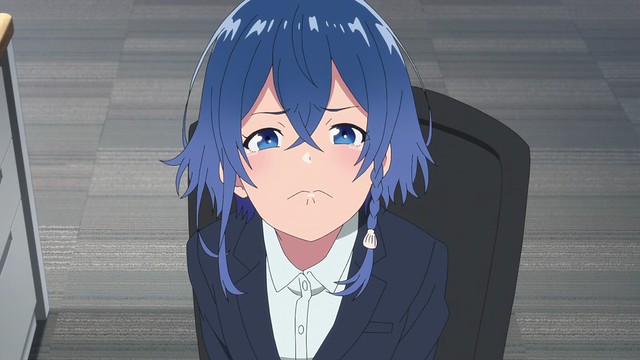 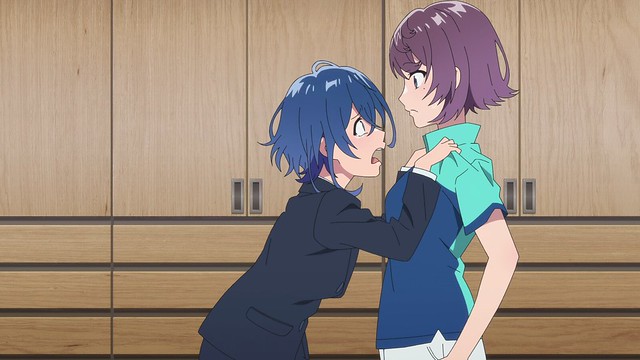 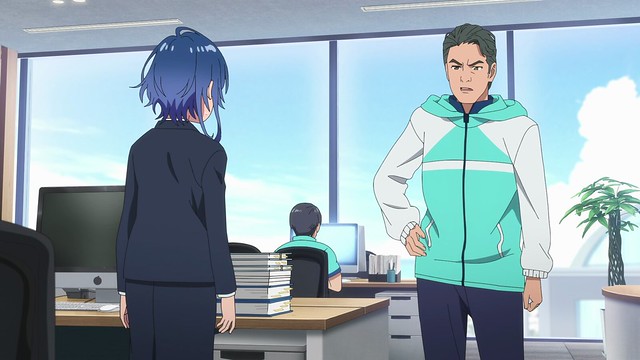 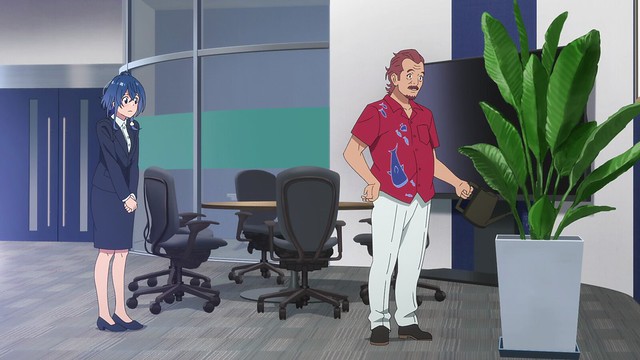 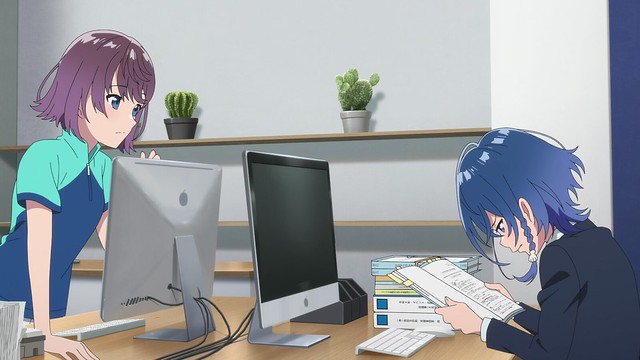 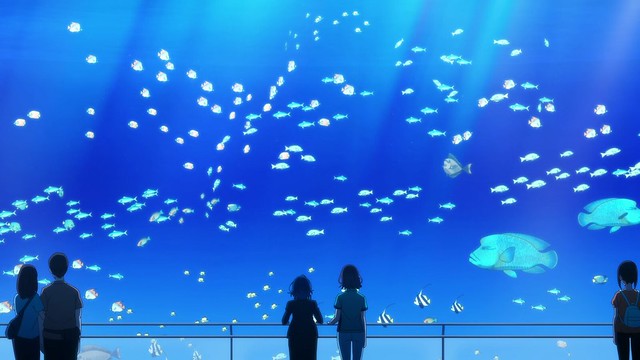 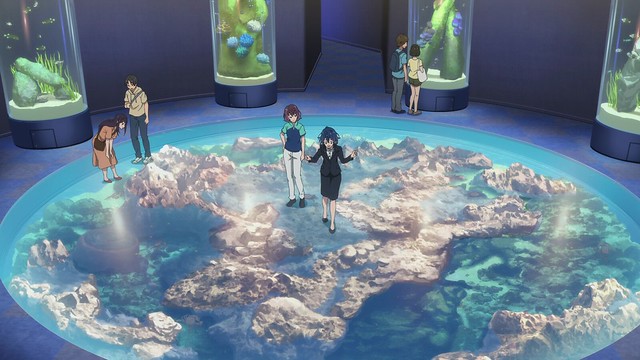 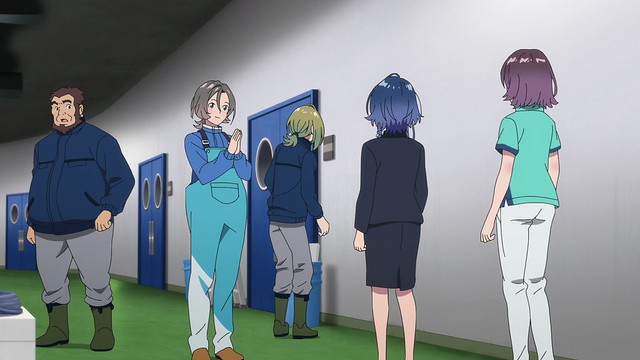 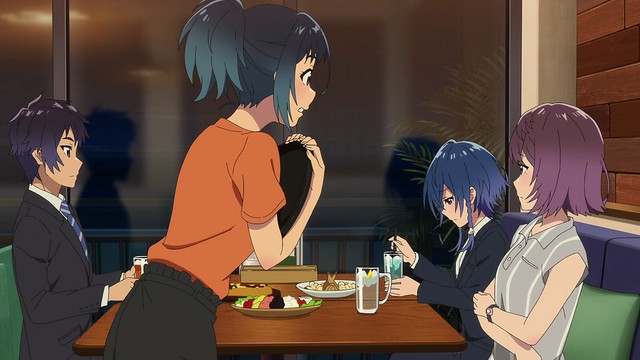 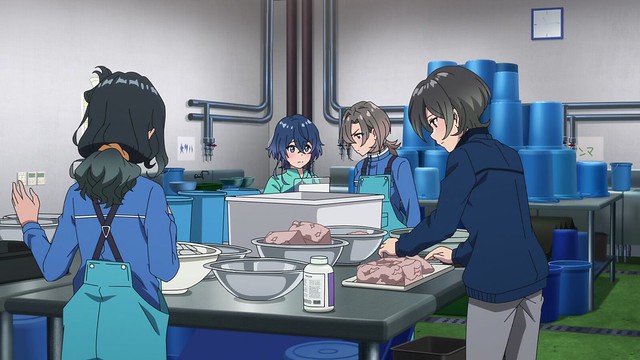 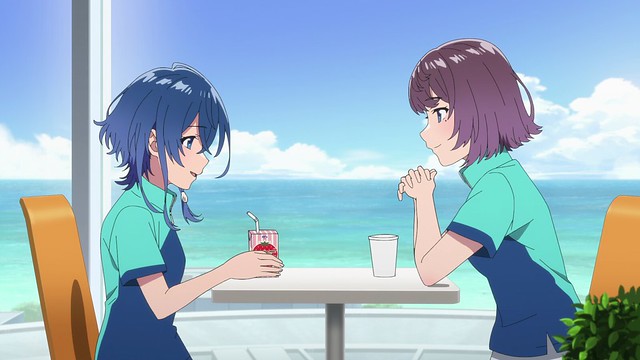 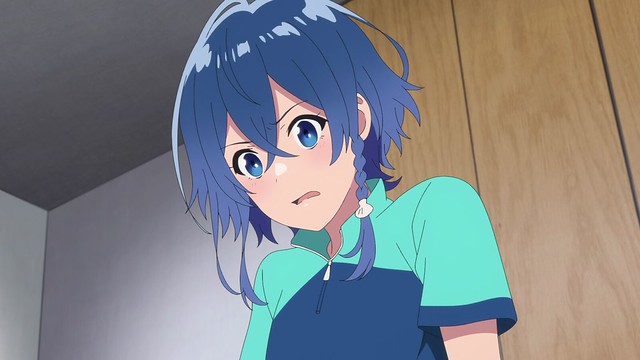 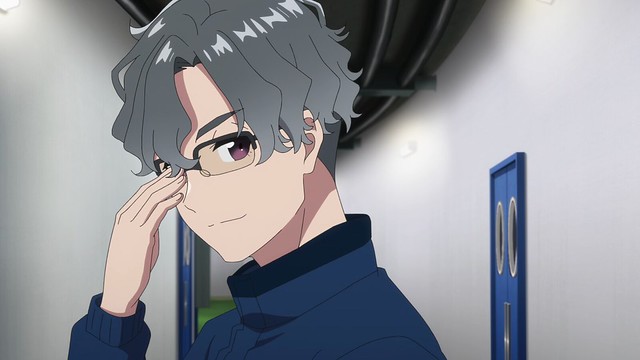 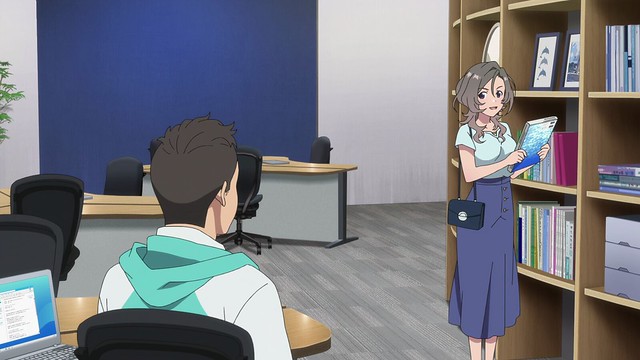 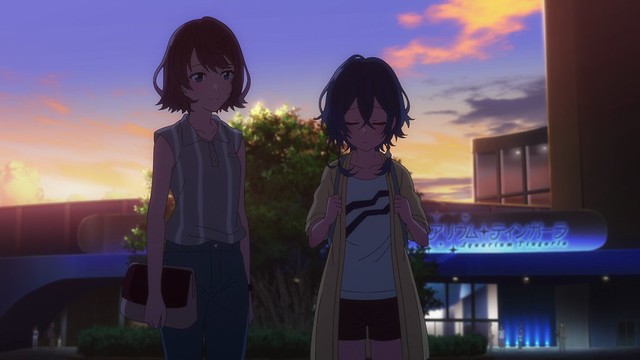 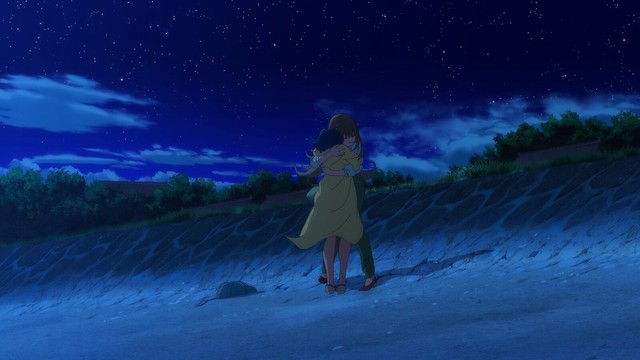 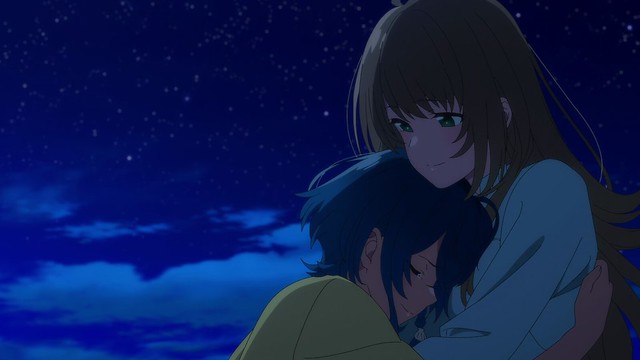 While I am quite old now, I fully appreciate that Kukuru is only eighteen or so: her youthful naïveté and lack of experience with large-scale operations has resulted in conflicts right out of the gates at Tingarla. Thus, one of the most important things for The Aquatope on White Sand is to give Kukuru a chance to properly learn and appreciate both protocol and teamwork. Kai and a new coworker have spotted this, as well: while Tingarla is a state-of-the-art facility staffed by the best and brightest, having a dream team means nothing if no one can cooperate and communicate. The muck-up with the emails pertaining to the first training event shows that Tingarla’s staff have yet to find their chemistry and act as a true team. Once Kukuru sorts out her own conflicts about working at Tingarla, the larger question of unifying the different departments to act as one and providing the public with the best possible aquarium experience will become a major storyline in this second half. It does appear that magic and the supernatural could be sidelined in the next few episodes of The Aquatope on White Sand as Kukuru learns the ropes, and with P.A. Works’ track record of introducing cold, unfriendly characters, my experience tells me that there will be plenty of opportunity for Kukuru to get to know her new coworkers better, understand the processes and become an indispensable cog in the machine that is Tingarla. I’ve long held that individuals and society is at its best when every individual understands that they are part of a whole. This can mean making personal sacrifies, but in the end, seeing the sum of teamwork is an immensely rewarding and meaningful experience – with this being the route that The Aquatope on White Sand appears to be taking, I am very excited to see where this series is headed, and moreover, now that Fūka’s back, Kukuru has a very powerful source of support and encouragement in her corner: together, Kukuru and Fūka are quite ready to take on whatever lies ahead for The Aquatope on White Sand, and viewers can be confident that I’m going to be here following this journey, as well.