Readers might be wondering whether or not I’m still playing Skyrim right now, seeing as my last post dates back to somewhere in August. The answer to that is yes: I’ve decided to simply make one of these posts about every ten levels I gain. As such, this post indicates that I’m at level 20 in Skyrim, having played 33 hours in total since I bought the game. By this point in time, I’m getting closer to the mystery behind the Staff of Magnus, and learned several dragon shouts. I’m actually working towards getting the Clear Skies shout, since that could allow me to summon auroras at will. Believe it or not, a major aurora passed over my town a few weeks ago, and I missed it because I was sleeping off an alcohol-induced daze.

At level twenty, I’ve completed the Thalmor Embassy quest, and have decided that I will stick to my destruction/conjuration mage with enchanting and archery specialisation. This is one of the most unusual combinations, but I’ve found it to be quite useful for improving survivability in prolonged combat. Thus, between now and the third post (unsurprisingly, to be made once I reach level 30), I aim to finish the Eye of Magnus quest, and learn a few more Dragon Shouts. I’m also going to see about getting some of the adept level destruction spells.

Today, I’d like to introduce a new class of posts that deal with my adventures in Elder Scrolls V:Skyrim. Having purchased the game nearly a month ago during the Steam Summer Sale, I’ve since played through about 11 hours of it, running around and exploring. These posts are driven by galleries, since I don’t have any inclination to post a unique image caption under everything I post, and because most of the tips I have for the game are inspired by the Skyrim Wiki. Following the opening cinematic and had begun my journey, which began with my being utterly lost in Skyrim, having rolled a Bretton. After activating the Guardian Stone for mages, I went to Riverwood and settled around there to do some quests. About two hours into the game, shortly after I reached level 2, one of the guards said to me the now-infamous “took an arrow to the knee” line. Strangely enough, I haven’t heard it since.

Eventually, I was sent to Whiterun, and after entering the town, I was met with questions and stares from guards and citizens. I would play a few quests, taking me to my first dungeon and earning me my first bit of serious coin in Skyrim. I’ve now completed enough of the quest chain to kill my first dragon, earning Whiterun’s respect, and at the time, I am working towards buying a house in Whiterun before going forward with the main quest. As well, I will be working towards a conjuration/destruction mage at the present. Skyrim represents the ideal high-fantasy RPG: like World of Warcraft, it is an open world, allowing players to do whatever they wish. However, the bonus about Skyrim is that one can enjoy the game on their own without the need to gather large parties for large dungeons (instead, CPU-controlled followers can assist players in the tougher regions). For the present, it means that I am given a peaceful experience that represents the ultimate in a Lord of the Rings-like experience. I’ll continue posting images of my adventures from time to time, speaking of my experiences as I go. Well, that’s all for now! 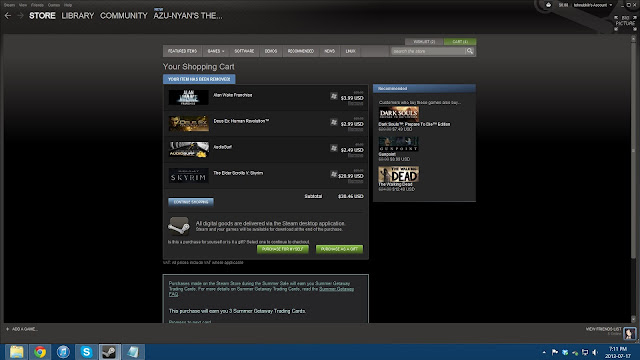 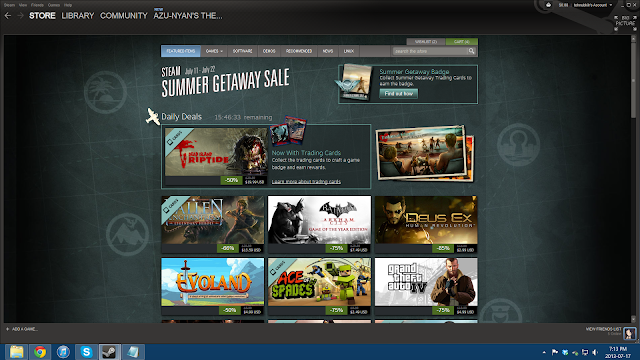