2 Comments Posted by infinitezenith on September 10, 2013

News has finally reached my ears concerning the system requirements surrounding DICE’s Battlefield 4; the minimum and recommended system requirements were released today for the next installment in the Battlefield series, certainly surprising me. Of course, now that we have some definitive details surrounding the requirements, players can decide whether or not they’ll aim to upgrade their hardware to accommodate this game. As per the official chart supplied by the official Battlefield Twitter account, the specifications at minimum make the game accessible to older systems, but like Metro: Last Light and Crysis 3, the recommended requirements are quite steep.

The massive disparity between the minimum requirements and the recommended requirements suggest that Battlefield 4 should be playable on anything from entry-level machines (with an older-but-still-somewhat-decent video card like the 2006-era GT 8800) to top-of-the-line beasts fielding SLI GTX Titans. These minimum requirements are similar to those required by Battlefield 3, while the recommended settings are upwards of two to three times greater. Of note is the fact that the GTX 660 or Radeon 7870 HD is the recommended GPU; except for specialised versions, both cards come with 2 GB of video memory, which will lead to questions of how computers equipped with either one of these video cards will perform, as they have sufficient stream processors and enough memory bandwidth to do so, but lack the minimum of 3 GB of video memory. Naturally, top of the line cards and the present-generation GTX 700 series cards should perform just fine. I imagine that at 1080p, I should be able to achieve at least 40 FPS in high settings with my current video card.

6 Comments Posted by infinitezenith on January 19, 2013

“Hey Miller, you should collect that guy’s salary. You just did his job for him” — Miller’s tank Commander. 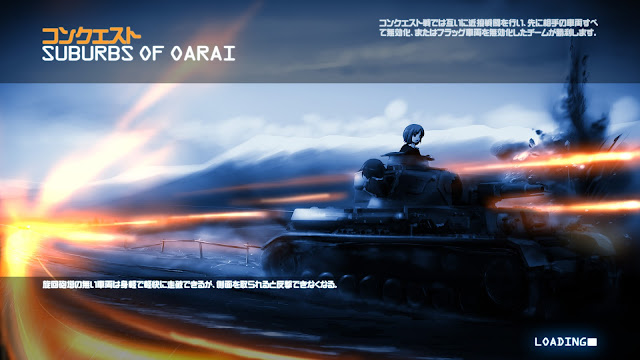 Thunder Run is the seventh mission in Battlefield 3, set the Kavir Desert, and follows Jonathan Miller of the 1st Tank Battalion as they move into Tehran to rescue Henry Blackburn’s squad. During the course of the mission, Miller will either be manning the M1A2’s M2 Browning machine gun, driving the tank itself, and during one part of the mission, go on foot to clear a minefield. 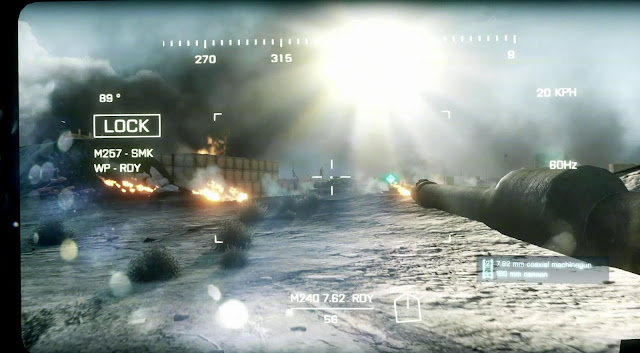 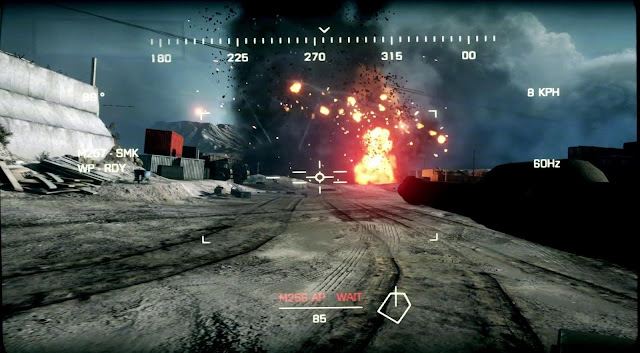 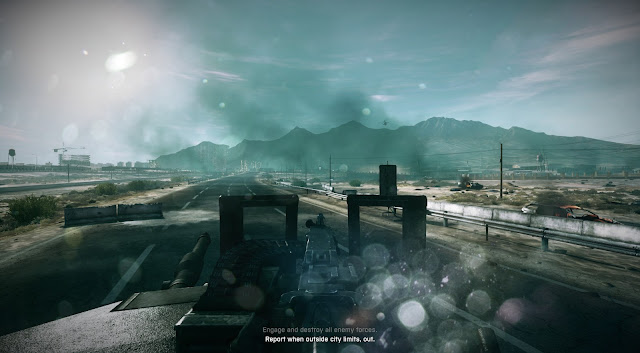 For the time being, this will be the last of the posts with a Girls und Panzer designation. The anime is over, and I’ve had my fun exploring some of the more unconventional aspects that the anime has found itself sharing associations with. Regular posts resume immediately, of course.

This isn’t a weapons guide, but is nonetheless quite useful for some players, who may have noticed an interesting graphical issue in Team Fortress 2: the weapons do not glow when crit-boosted, and various liquid effects (like Jarate and bleed) obfuscate the screen. Furthermore, the character models appear to be fuzzier and shabbier, and Übercharge simply looks bad under these settings. A quick glance at the advanced video settings panel reveals that nothing is out of place…or is it? 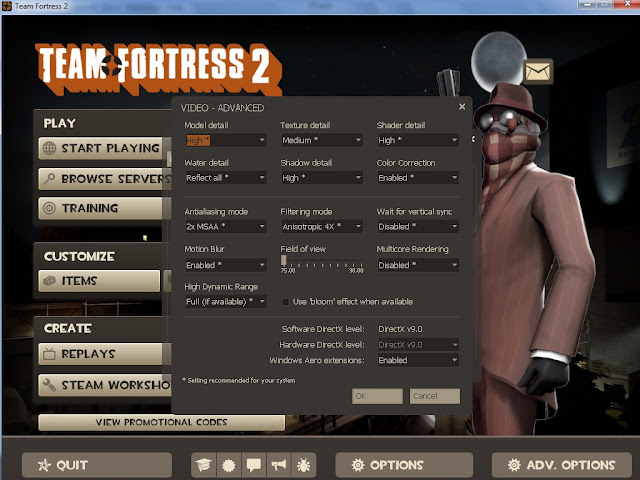 On closer inspection, all the graphical settings are normal. However, there is one problem: the hardware and software settings have been set to DirectX 8.1 instead of the usual 9.0. Moreover, the settings for either of these have been greyed out, making it impossible to change. The resulting graphics are different because DirectX 8.1 and 9.0 use different shaders to render the models and effects, leading to the older, less detailed textures. This has no effect on gameplay, although as mentioned earlier, bleed and jarate cover the screen in a dark red and bright yellow, respectively, making it nigh-impossible to see properly. 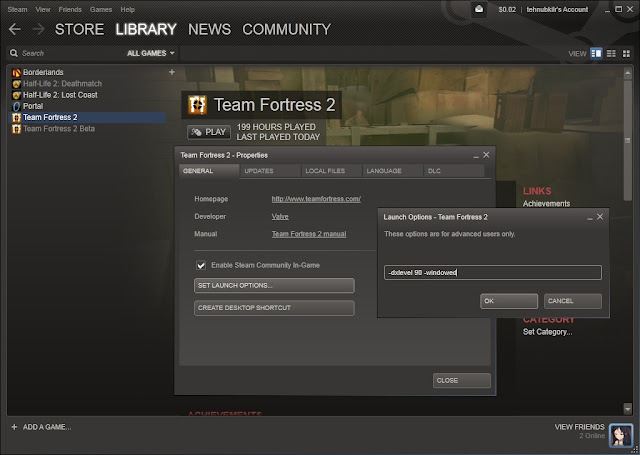 In the eyes of intense TF2 players, anything that leads to a decrease in performance is unacceptable, especially if it means the difference between victory and failure. So…how does one fix this problem? The answer is quite simple: right-click on Team Fortress 2 in Steam, and choose “Properties”. Under the “General” tab, select “Set Launch Options”, and input the following: 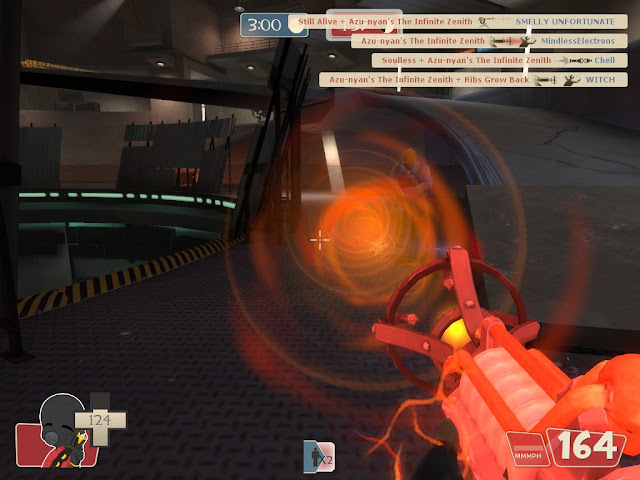