The successor to Gundam Build Fighters, Gundam Build Fighters Try continues in its predecessor’s vein, being set a few years after the original Gundam Build Fighters. By this point in time, Gunpla Battle has taken off, and has evolved into a more mature form. Thus, Build Fighters Try features a much more diverse array of mobile suits, as well as new characters, each with their own motivations for participating in the tournament. However, once the series progresses, it’s quite clear that Build Fighters Try feels less substantial than the original Build Fighters; the battles’ intensity plateaus very quickly, and consequently, do not capture the sort of tenor and tensions present in battles from the previous season. Indeed, the Try Fighters’ journey to the top was very familiar: given the way the first season was structured, it was quite clear that Sekai, Yuuma and Fumina would make it to the finals, limiting the suspense. In the end, while Build Fighters Try was quite entertaining to watch for the individual fights, it does not leave the same impact as the first season did, nor does it impart a similarly solid message about the point of competition. 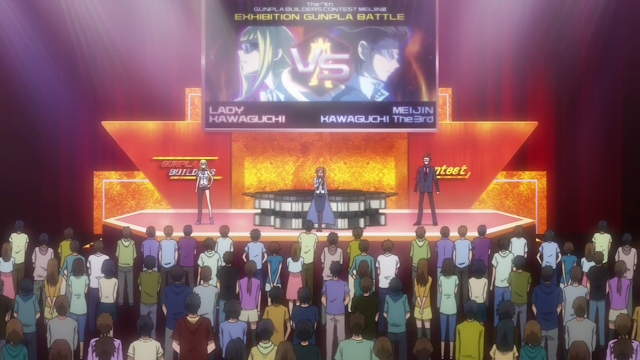 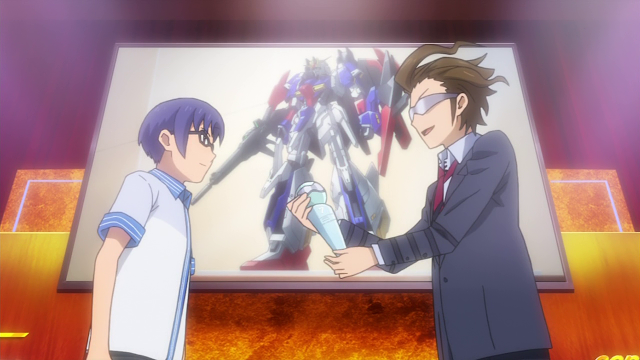 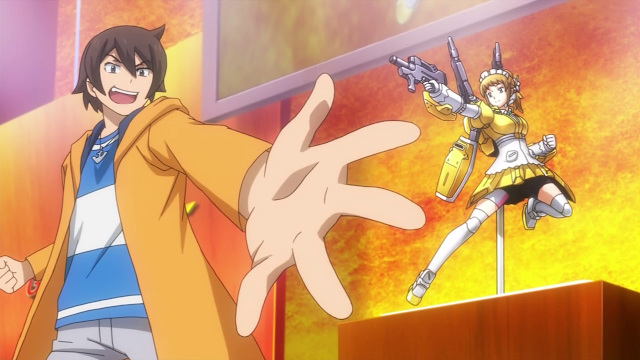 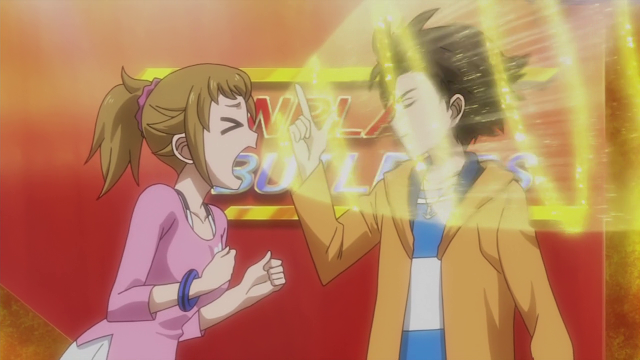 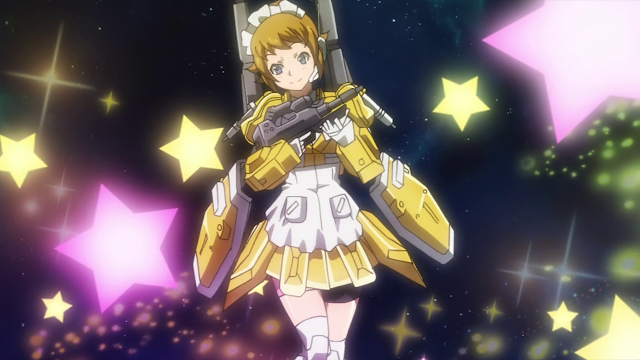 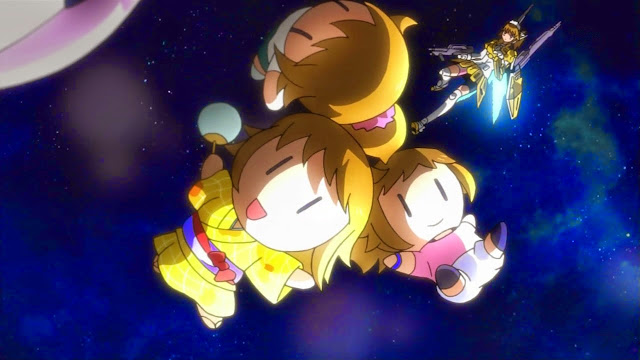 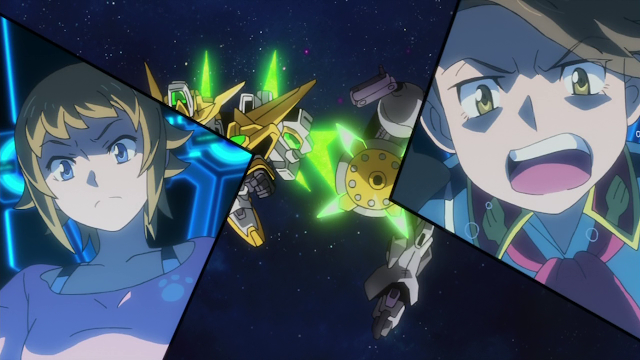 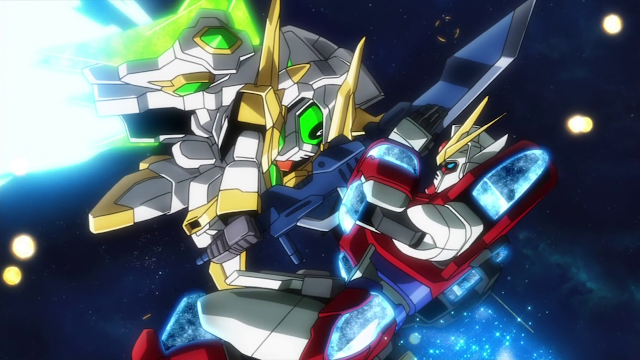 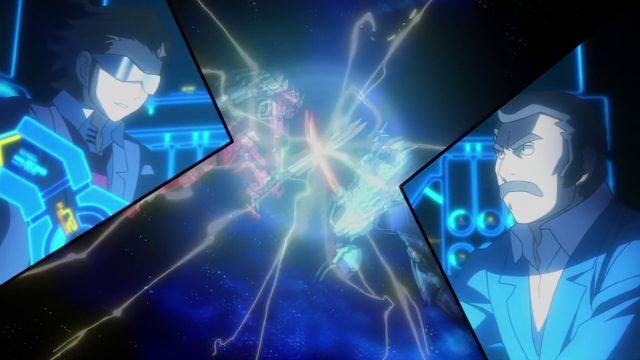 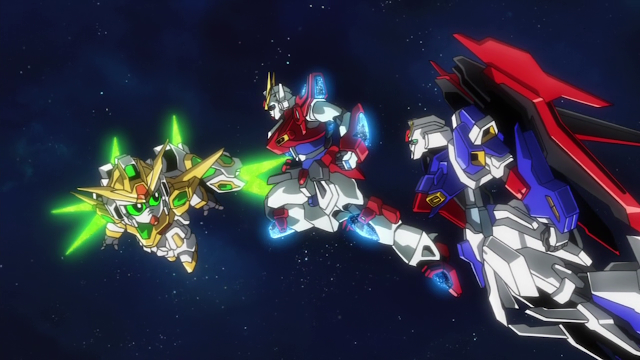 Despite its weaker performance compared to the first season, Build Fighters Try does offer a finale episode that was remarkably rewarding to watch, and over the course of this finale, more is said about the popularity and enjoyment factor behind Gunplay than throughout the entire series. The episode takes a step back from the over-the-top battles of the season, being set in an Artistic Gunpla building competition where Yuuma and Minato square off with their entries. Despite being the more unique submission, Minato’s Super Fumina is disqualified owing to consent issues, and the episode transitions into a hilarious free-for-all that involve Fumina and Gyanko expressing utmost jealousy at the fact that Shia Kijima helped Sekai build his new Gunpla. Even Yuuki and Mr. Ral join the festivities when the two conflict about whether or not they wish to see this love Calabi–Yau manifold unfold. There’s nothing particularly high stakes here, allowing the finale to take on a very relaxed, fun atmosphere that succeeds in capturing the spirit of Gunpla far more effectively than much of Build Fighters Try, acting as a solid conclusion to a modestly entertaining continuation of Gundam Build Fighters.