On Accuracy in Cells at Work!, and a review and reflection after three

“The premise of the 1966 movie, Fantastic Voyage, involved shrinking individuals to the size of red blood cells to explore the human body, and if possible in reality, journeys of this sort would allow for the complex machinery driving life to be observed at unprecedented resolution and clarity.”

At least, so reads a heavily paraphrased version of my Master’s Thesis paper’s introduction. The Fantastic Voyage was indeed one of the motivations for my thesis project, which involved the recreation of an animal cell within game engine environments such that a user could interact with and explore the different machineries and processes underlying cellular function; this project was intended to visualise cell processes and structures in an immersive manner, and to this end, my visualisations supported both the Oculus Rift headset and the CAVE. Cells at Work! takes the same concept of using memorable visualisations to illustrate processes within the human body, making use of both the manga and anime format to illustrate essential processes within the human body, albeit at a slightly larger scale: to put things in perspective, my thesis would involve showing the cities inside the characters of Cells at Work!. Centered around the adventures of a erythrocyte and neutrophil, Cells at Work! personifies the internal workings of the body to show, step by step, how the body’s internal components operate together in order to facilitate life. So far, the series has covered the response of a body’s innate immune response when S. pneumoniae enter the body, resulting in the use of mucous to trap a remaining pathogen and expel it after the neutrophil-killers deal with the initial invasion. The coagulation response is also detailed: after a surface laceration occurs, the neutrophils appear to contain pathogens while platelets initiate the activation of fibrinogen to fibrin, creating an aggregate to plug the wound while the body delivers the materials needed to patch the damage. In the latest episode, an influenza B infection is presented, with the body activating its Killer T Cells to defeat the virus, which hijacks body machinery to propagate. The primary immune response is shown from the perspective of a naïve T cell, which undergoes activation to help the body defend against the infection. When influenza A appears, however, the body is unable to mount an immediate response. Cells at Work! presents the body as a vast city, and anthropomorphises the constituents to present various process visually, creating an easy-to-remember outline of the body’s processes.

I was given a request to take a look through Cells at Work! and provide commentary on its accuracy from one of my readers. Having looked through the first three episodes, I can say with confidence that Cells at Work! nails the fundamentals. This anime is perfect for showing to middle school students for being able to show complex, and sometimes difficult to visualise processes in a highly accessible and colourful manner. The basics of the biology are correct and give a good overview of how the body’s systems respond to various stimuli: details such as how neutrophils can migrate through narrow gaps between other cells, the fact that erythrocytes must travel single-file through the capillary, and that the immune response has several layers are proper representations of details within the body. However, Cells at Work! also takes a few creative liberties here and there in order to facilitate its story – processes are understandably abstracted out or occur out of order to ensure that the cells’ adventures can still flow from a storytelling standpoint. For example, mucous is one of the body’s first lines of defenses against pathogens, and would be involved ahead of the neutrophils in stopping pathogens. Similarly, the coagulation process is much more complex, involving a tightly-regulated pathway that only allows clotting to occur if the right factors are activated. The generalisation of processes means that Cells at Work! is not likely to be useful as a study guide for secondary biology and beyond. This is not a strike against Cells at Work! in any way, since a detailed anime dealing with protein pathways would also be incredibly dull to watch, and could also be quite tedious to write for (especially considering that not all biological pathways are well-characterised). Overall, the level of detail in Cells at Work! is appropriate for the series, and as it is, this anime is very enjoyable. 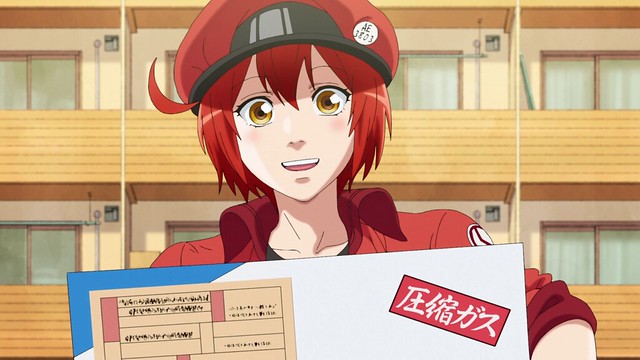 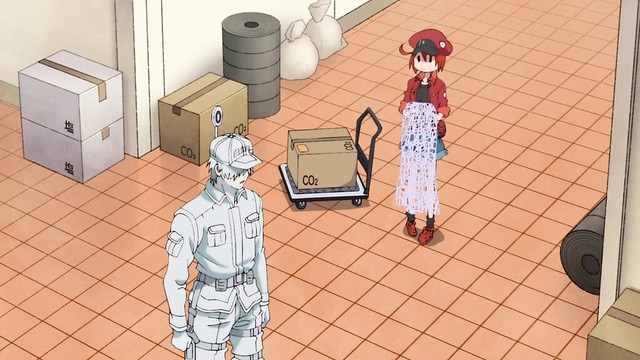 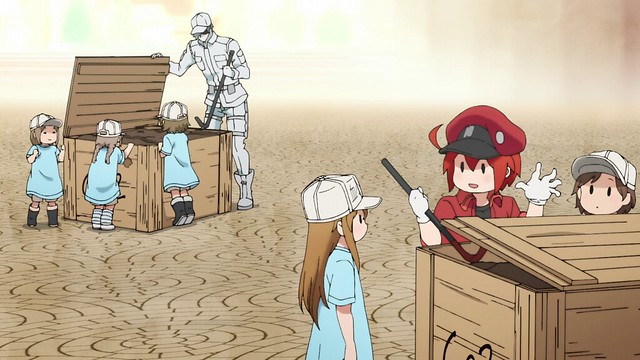 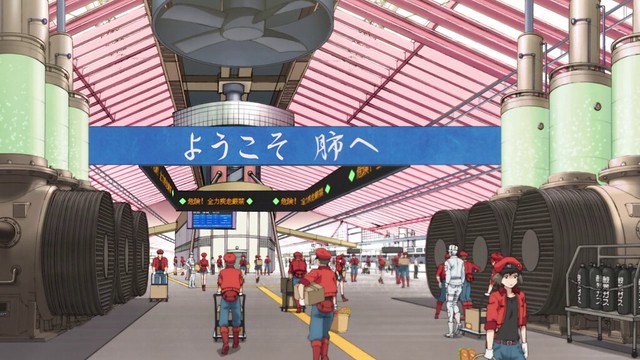 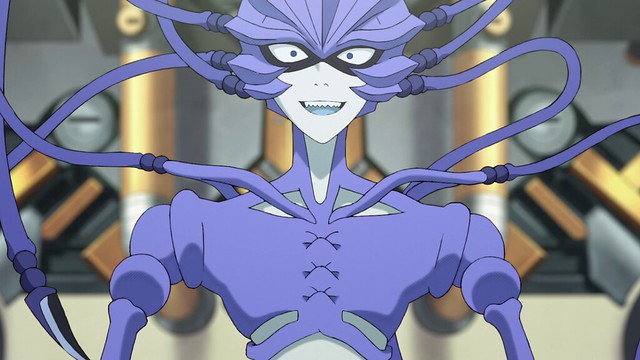 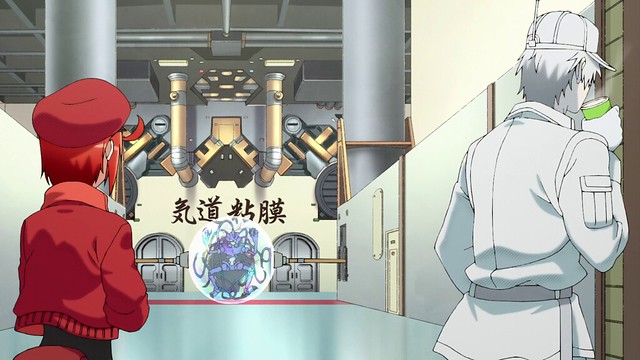 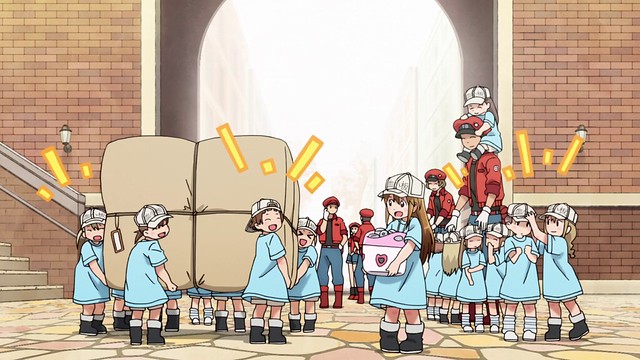 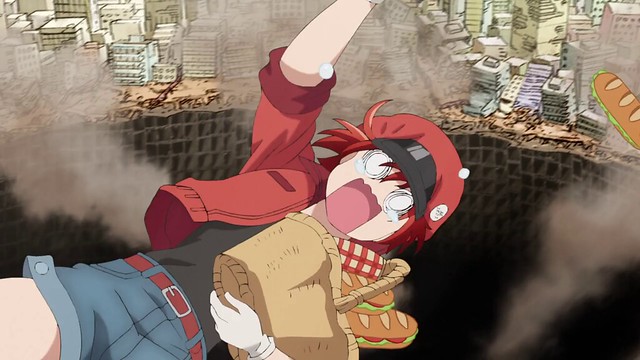 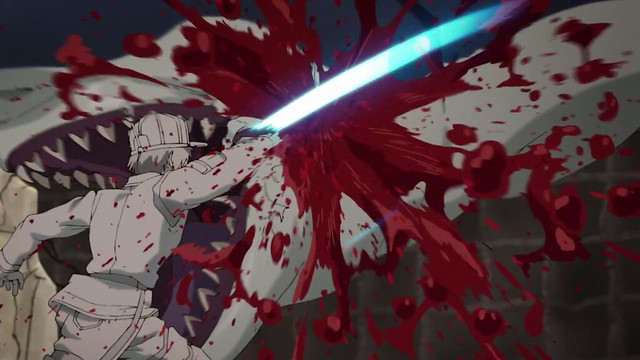 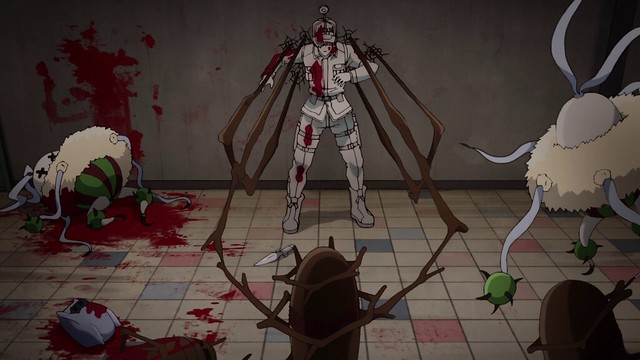 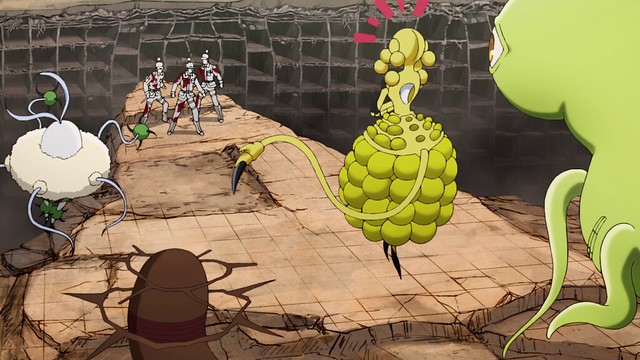 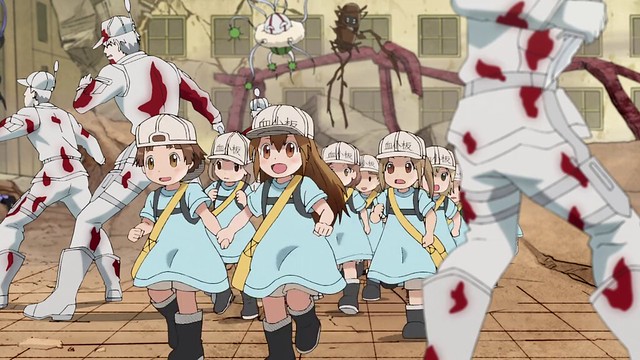 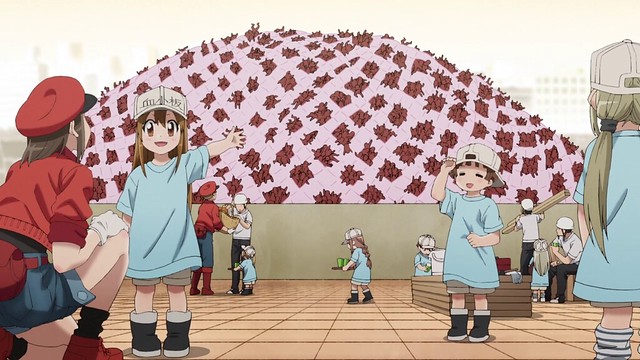 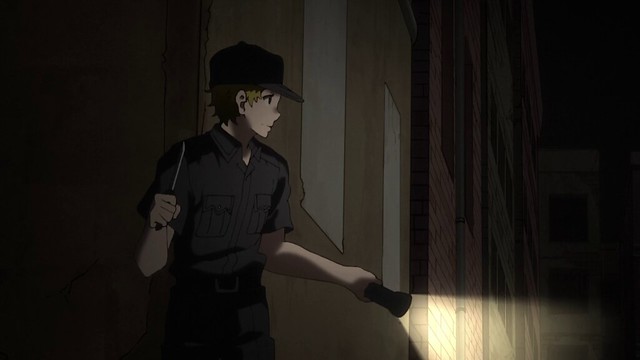 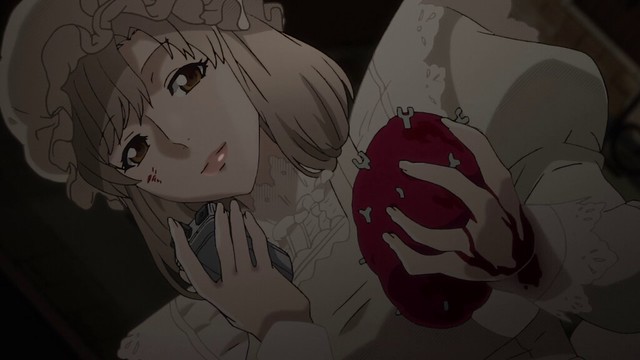 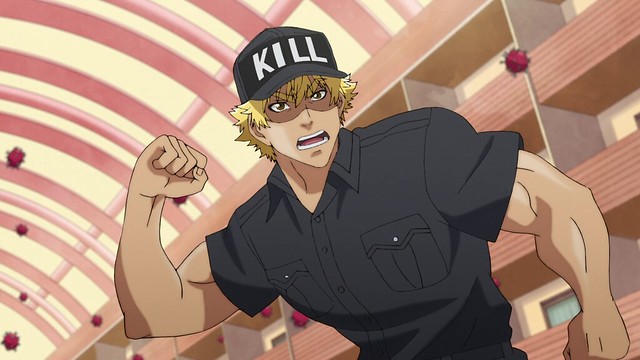 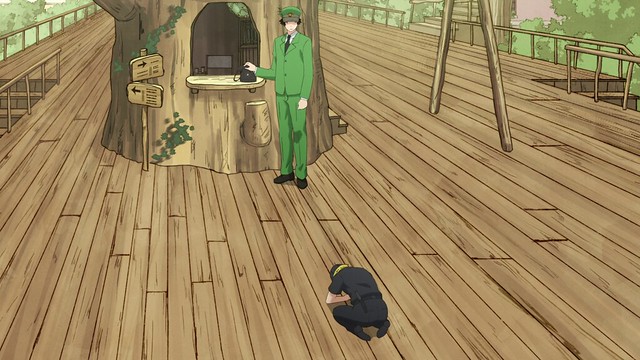 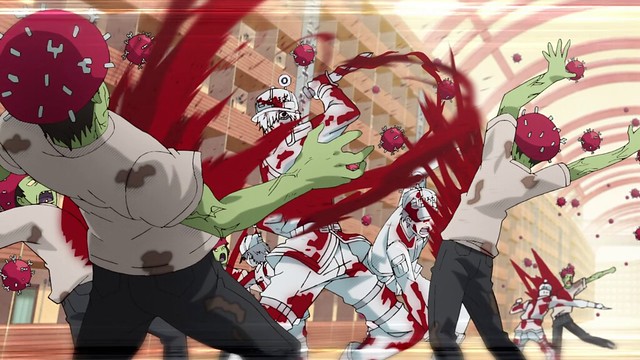 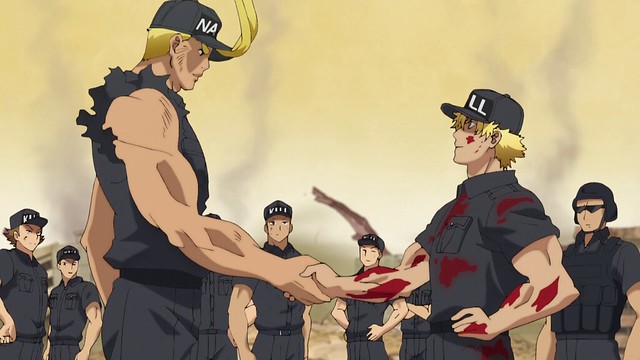 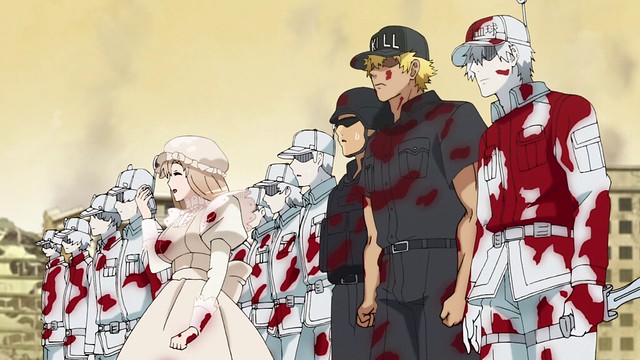 I’ve previously stated that I do not like to wave credentials around when it comes to entertainment. This has not changed: in the case of Cells at Work!, the focus on biology means that I am merely applying my background in biology to drive discussion. Specifically, prior to doing a post-graduate degree in computer science, I graduated with a degree in Health Sciences and specialised in Bioinformatics. I spent my undergraduate career studying cell and molecular biology, genetics, proteomics and research methodologies, and my undergraduate thesis was a physiological model of the renal system, so I have a modest familiarity with biological systems at the higher levels. As such, when I read through my old textbooks and literature to gain a better idea of how the systems shown in Cells at Work! work, I can keep an eye on ensuring that what I return to readers is accurate to how things work, while simultaneously making sure that what I say is understandable. I think I’ve done a passable job of this for my first impressions talk on Cells at Work!, and so, when I say that Cells at Work! is accurate enough, readers can take my word for it that the anime will not do anything that is contrary to what is understood about the human body. Cells at Work! brings fun into a complex topic and, like my thesis work and the film Fantastic Voyage before it, makes the world within our bodies accessible to a general audience with a unique flair. I presently have no plans to write about Cells at Work! regularly, but I do recommend it to all viewers (I hardly ever recommend an anime after three episodes, which speaks to the fun factor in Cells at Work!), and I might return once the series has concluded to offer more insights into one of the few anime out there that, like the Giant Walkthrough Brain, is a well-written and enjoyable form of edutainment.