Following their victory at the Okinawan championships, Haruka and Kanata prepare for the Valkyrie Cup, a national-level competition. Akari is surprised to run into another beach volleyball player who’s searching for a partner, and it turns out that this particular volleyball player is none other than Natsuki Fukami, a skilled player whose older sister, Mika, is writing a piece on Okinawan players to keep an eye on in the upcoming tournament. As it turns out, Mika is also a coach for the pro leagues, and she’s interested in bringing both Haruka and Kanata on board. While the pair mull over their decision, Akari also receives invitations to visit a new cafe in the area. To decide who gets to go, Haruka, Kanata, Emily and Claire compete with both their exam scores and then wager on the outcome of the summer beach volleyball tournament. To help Haruka and Kanata grow, Emily suggests that they switch up partners so they’re aware of how capable one another is. In the end, the results are inconclusive, and Akari ends up receiving enough invitations so everyone can visit. Meanwhile, Ayasa reminisces on how she met Narumi, and of the promise they’d made to one another. When the Valkyrie Cup begins in Ehime prefecture, Kanata and Haruka face off against several tough opponents, all of whom have their own reasons for participating. In gruelling matches, the pair manage to earn their victories and end up reaching the finals, where they square off against defending champions Narumi and Ayasa. During this match, Haruka and Kanata initially hold their own, but a change in Ayasa and Narumi’s style throws Haruka off. Having read her opponents to gain a sense of how they play, Haruka is shocked that this pair seems unreadable. Although they lose the first set, Kanata reassures Haruka to trust her own judgement, and the pair are able to tie the series. In the end, Ayasa and Narumi win their third consecutive title. Narumi later speaks to Kanata: although Kanata might’ve lost the finals, Narumi is relieved that she was able to find her way again. Because she and Ayasa are set to fly back soon, Narumi and Ayasa decide to play another match with Haruka and Kanata.

With Harukana Receive‘s manga fully completed, Kanata’s journey finally draws to a close: although she and Haruka are unable to defeat Ayasa and Narumi in the finals to claim the Valkyrie Cup, the journey the pair take to reach this point is ultimately what gives Kanata strength to stand of her own accord. Here in Harukana Receive, the journey is plainly more important than the destination, and while Kanata and Haruka still have a ways to go before they’re able to win, their learnings over the course of a year prove instrumental in helping Kanata rediscover her own love for beach volleyball. Throughout the manga’s second half, this is a topic that is returned to time and time again, and while the volleyball remains at the forefront of events, underlying Haruka and Kanata’s desire to win, both for themselves and those around them is a desire for Kanata to rise above the emotional barriers holding her back. In playing with different partners, Kanata learns that Haruka, although still a novice, is a competent player in her own right. Haruka similarly begins to have more faith in her own abilities and makes an honest effort to lean less on Kanata’s judgement calls, in time, coming to learn how to read other players and help devise a means of overcoming them. While Ayasa and Narumi are still out of reach, the sheer progress that Haruka and Kanata make in such a short time impresses even Ayasa. As such, losing in the finals to Ayasa and Narumi isn’t as large of a blow as it would otherwise be: the fact that Haruka and Kanata could trade with the defending champions shows Narumi and Ayasa that there isn’t anything to worry about anymore. Kanata has overcome the loss of her mother, and in accepting Haruka as a partner, she’s been able to find her own way forward again. This in turn gives both Narumi and Kanata the strength they need to finally speak with one another, face-to-face. In their conversation, there is gratitude and relief, reflection and apology. In this way, while Haruka and Kanata do not win or fulfil their promise to take home the title, they have exceeded expectations in being able to perform so well together, and so, readers are left with confidence that, now that all of the past dæmons are addressed, both Kanata and Haruka are ready to take on whatever the future throws at them together. 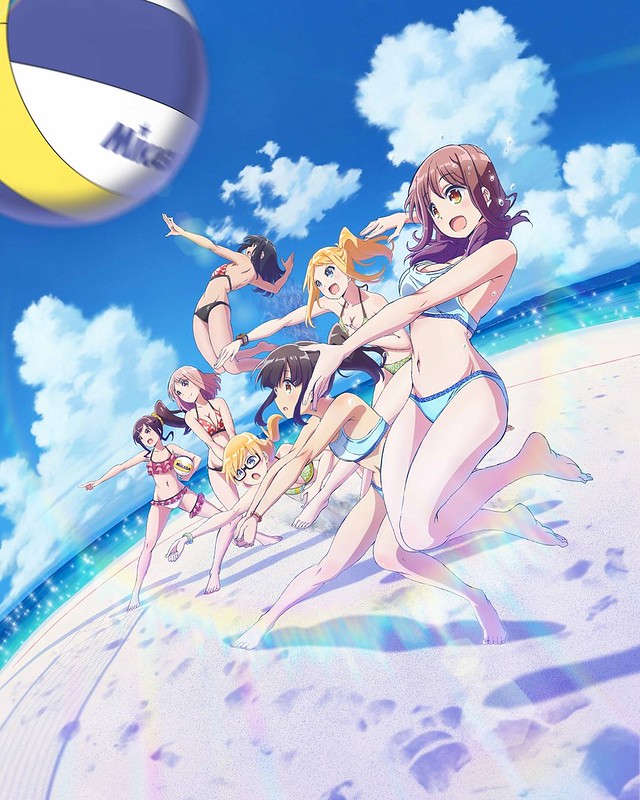 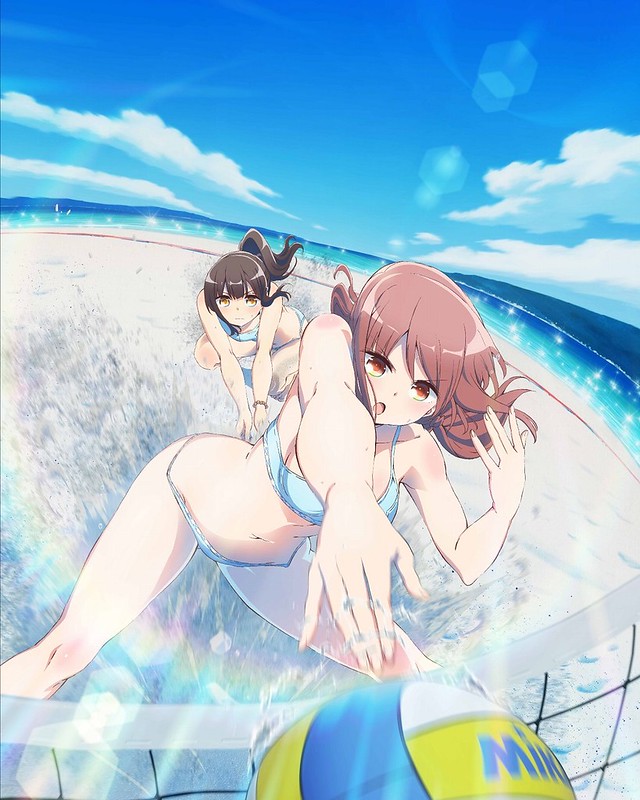 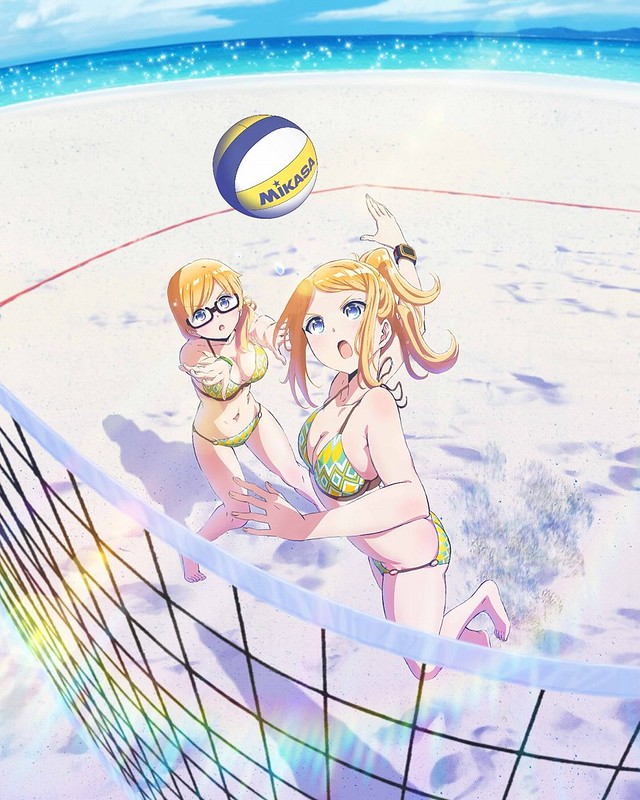 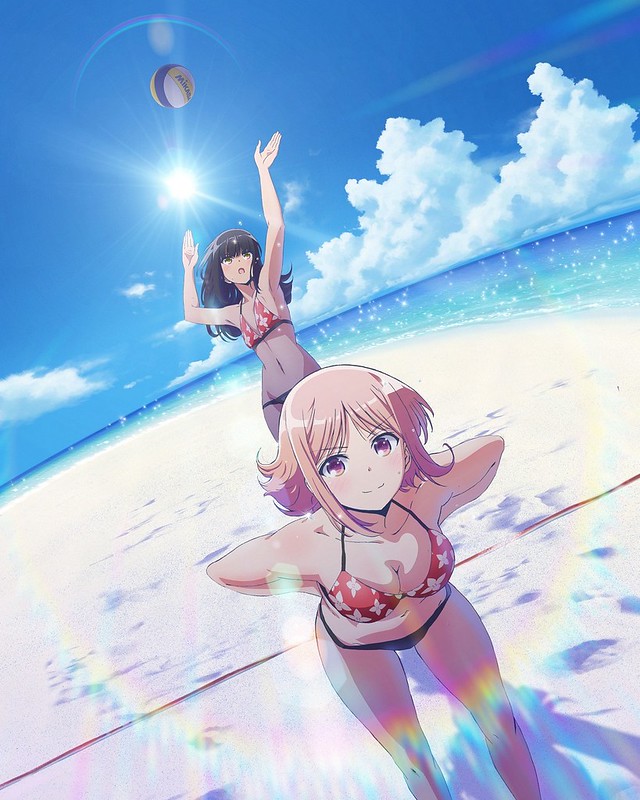 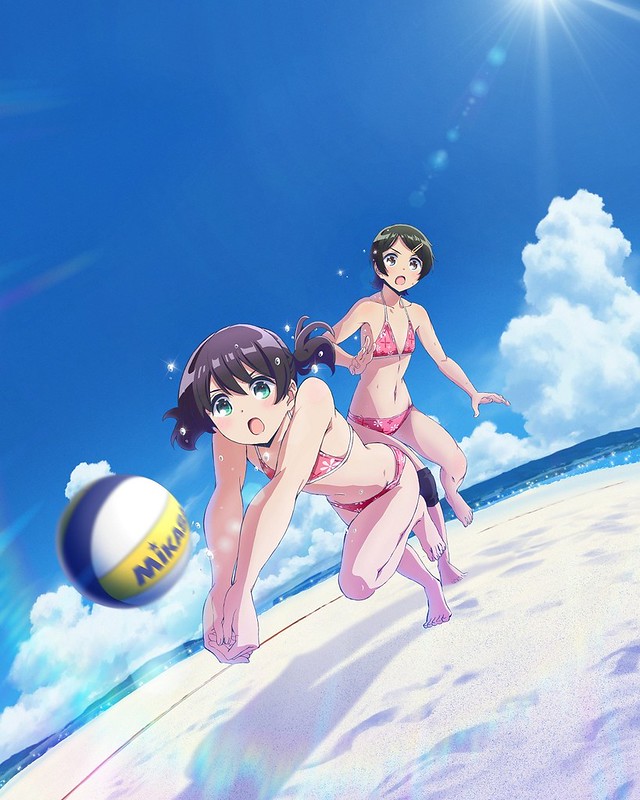 The ending to Harukana Receive is one that some number of the community would consider “realistic”: back when Girls und Panzer was airing, it was noted that the series would fail to deliver on its messages if Miho were allowed to win. However, what these individuals miss is that Girls und Panzer was about how Miho’s conviction in supporting those around her was enough to rally teammates to overcome all odds. By comparison, Harukana Receive‘s central focus in the manga’s second half lies with both Kanata striving to meet Narumi in a match to assague the latter’s worries for her, and Haruka learning to stand of her own accord as a beach volleyball player. The outcome of the finals, then, was never as important as what Haruka and Kanata learn as they train for the tournament and square off against players whose desire to win was no less than their own. All the while, Haruka and Kanata also learn that they have the opportunity to keep playing as a pair in the future; in order to make the most of such a future, Kanata and Haruka must first excise whatever dæmons that remain in their lives. Because this was the foe to overcome, the nationals suddenly become secondary, and Harukana Receive is therefore able to take a more “realistic” route. Had the manga been purely about a sports series, then it would have taken a more conventional route and have the pair win to show how finding the right team is essential towards achieving one’s goals. Because the themes in Harukana Receive are about how finding the right person can help one to accept their past and seize the future, victory was never the endgoal; Haruka and Kanata only needed to win the matches needed so the pair could face off against Ayasa and Narumi to show the latter that by now, Kanata’s recovered and capable of standing of her own accord, allowing Narumi to focus on being the best she can be, too. Harukana Receive thus concludes on a high note, and my four-year journey through this series comes to a close; although the outcomes were somewhat surprising, the series remains successful in conveying its themes.