4 Comments Posted by infinitezenith on February 6, 2022

Although Uma Musume Pretty Derby had predominantly focused on Special Week and her quest to become Japan’s Greatest Racehorse™ as a member of Team Spica, the series had also established that Tracen Academy is home to horse girls of all backgrounds, each with their own aspirations, failures and triumphs. BNW’s Oath focuses on three other horse girls, Biwa Hayahide, Narita Taishin and Winning Ticket, and despite only having three episodes’ worth of space, Uma Musume Pretty Derby manages to create a sufficiently compelling story behind each of these horse girls, motivating their path to reconciliation with one another after a loss, and along the way, the OVA frames everything around an exciting event which sees the other horse girls from the main series return. Uma Musume Pretty Derby demonstrates that every horse girl has her own story to tell; while Special Week had been crying her eyes out after her first major loss and dealing with Silence Suzuka’s injury, the others at Tracen Academy each face their own trials and tribulations. This creates a considerable sense of depth in the Uma Musume Pretty Derby universe – every race has weight and feeling behind it. In this way, P.A. Works’ adaptation of the mobile game is able to succeed in doing something that few anime based on gatcha games have accomplished: it creates a scenario where one cannot help but become curious about the horse girls beyond just those on Team Spica and Team Rigel, driving interest in the mobile game itself. Other anime based around gatcha-type games similarly have large casts of characters, but because of their military setting, have encountered difficulties in creating a reason to care about what are, at the end of the day, mere assets. Kantai Collection‘s anime struggled to convey what the point of the war between the Abyssals and Kan-musume were about until its film, and by then, interest in the series had waned. Azur Lane similarly presented a convoluted story during its main season, with a three-way conflict occurring between the Crimson Axis, Azur Lane and enigmatic Sirens: although viewers know there is a de facto state of war, the Siren’s goals are as mysterious as the Abyssals. Girls’ Frontline suffers from a similar problem: there are a lot of guns, and a conflict of sorts, but without the human aspect tying these together, the anime becomes difficult to follow. On the other hand, Uma Musume Pretty Derby excels at bringing a small subset of the characters to life through Team Spica, and in the OVAs, makes it clear that all of the horse girls have their own aspirations and desires. This extends to other characters that are only briefly seen in Uma Musume Pretty Derby, and in doing so, viewers now have a reason to give the game a go. 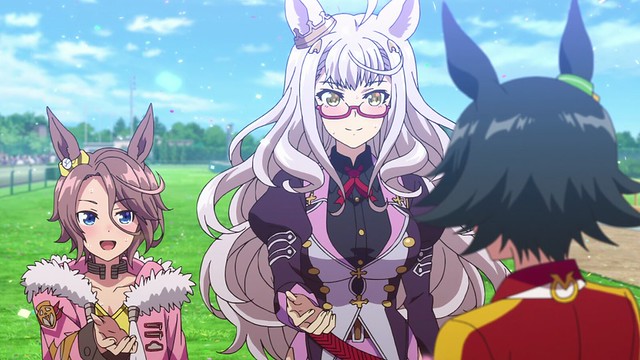 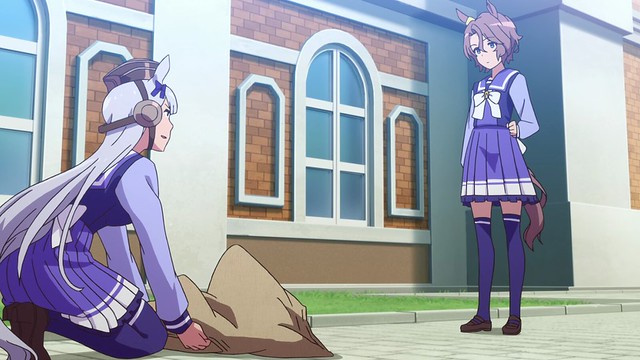 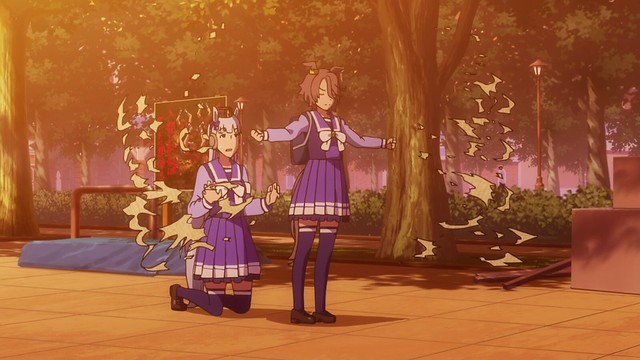 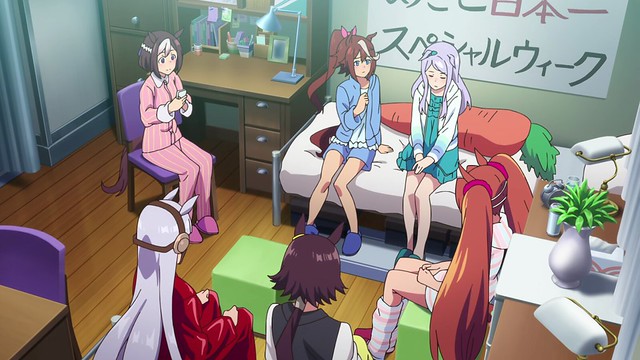 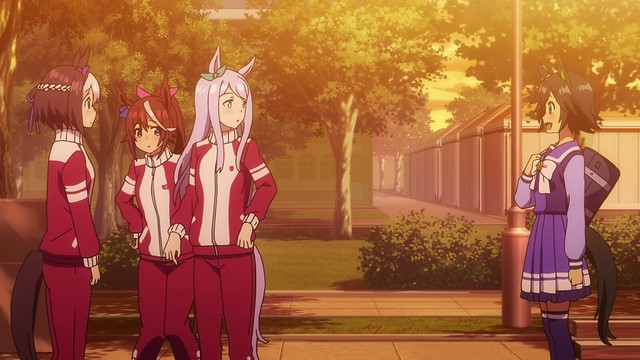 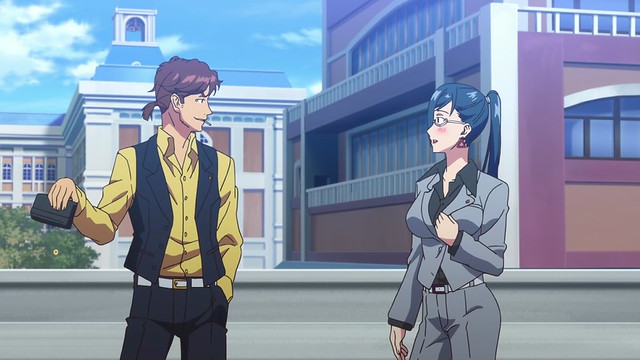 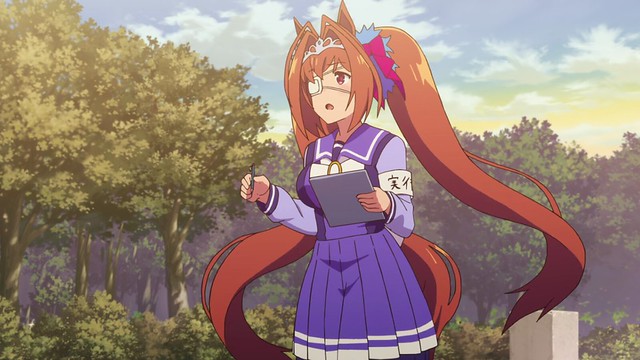 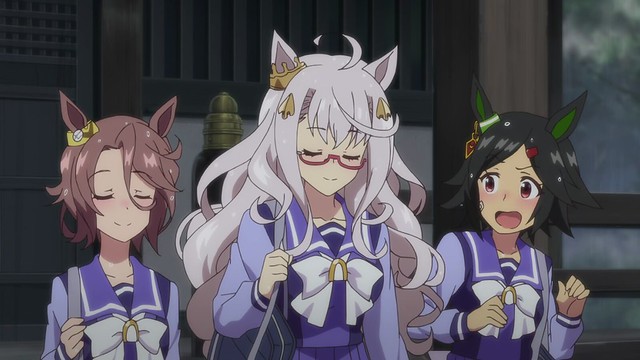 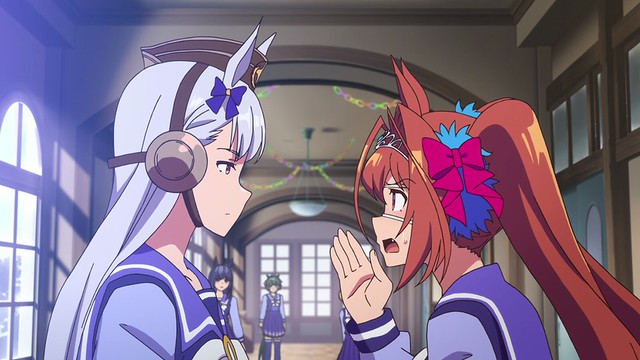 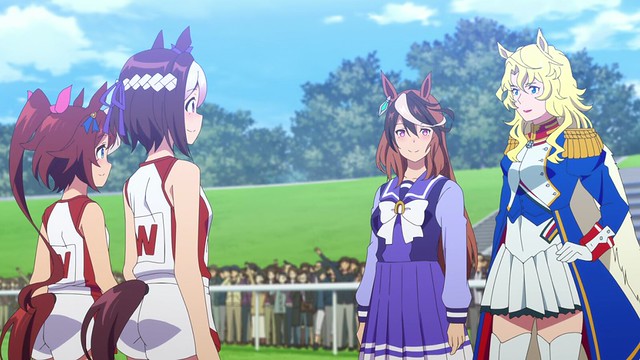 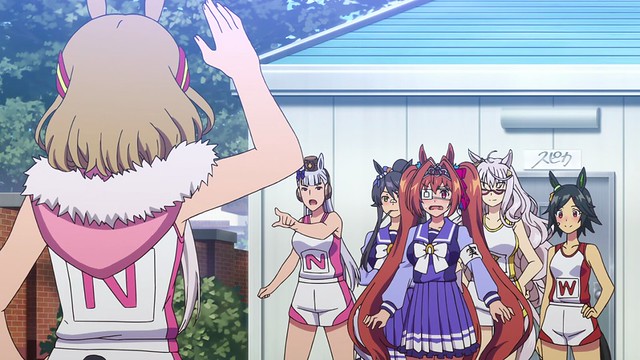 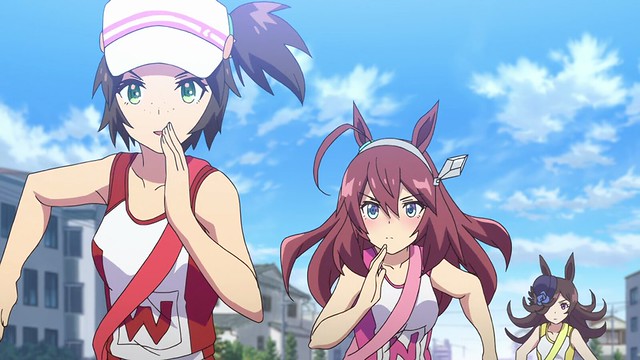 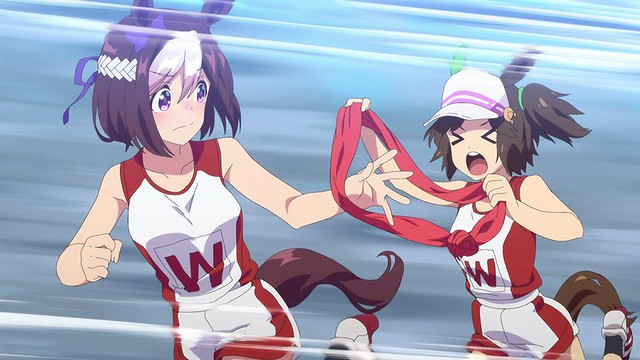 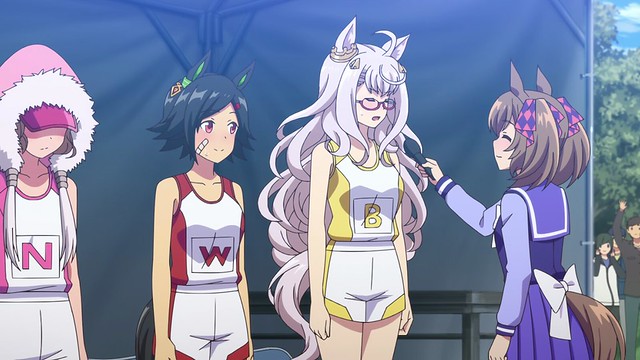 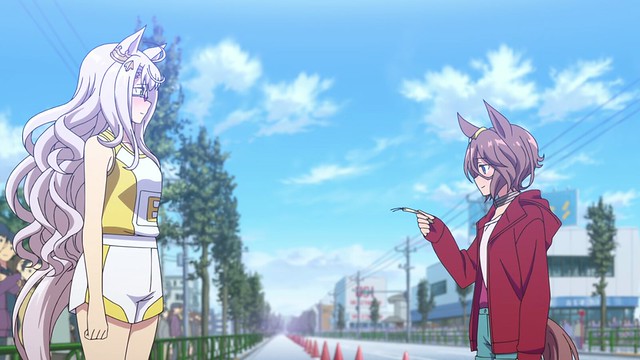 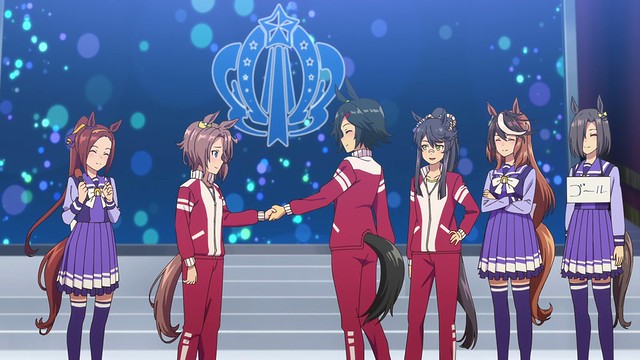 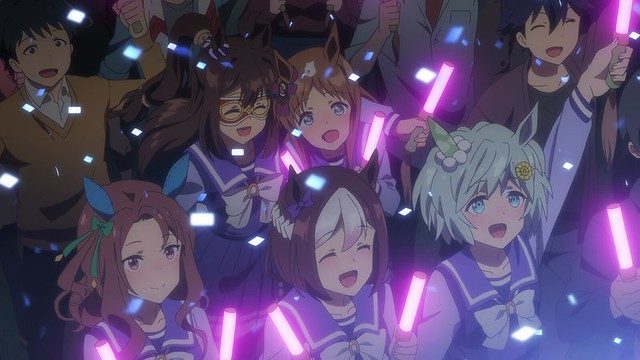 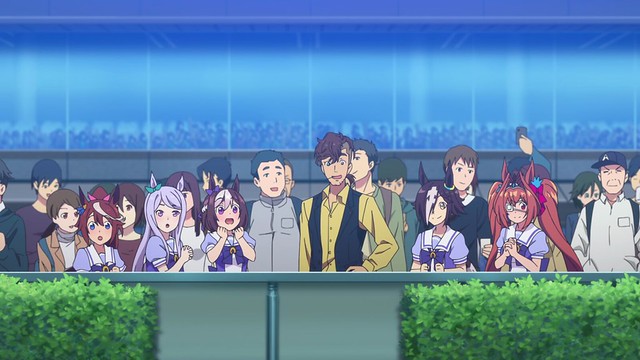 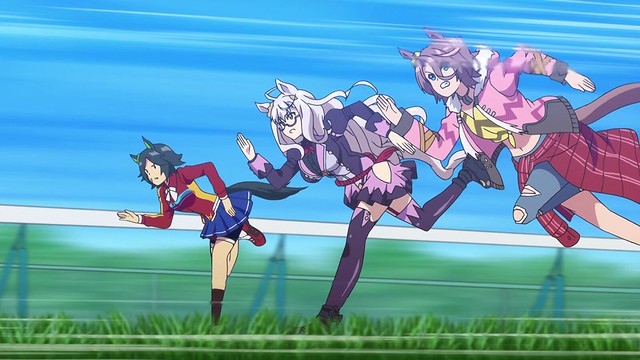 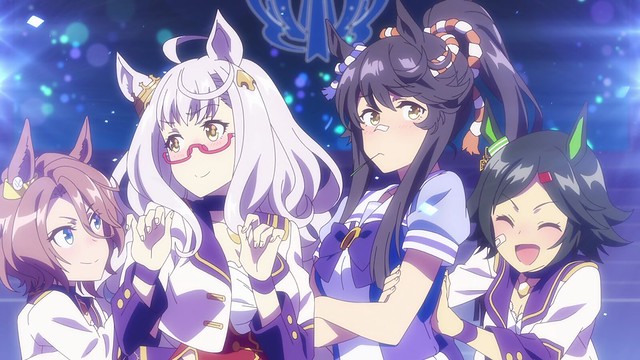 Besides solid, engaging characters whose struggles and dreams are clearly conveyed to viewers, Uma Musume Pretty Derby also has the advantage of dealing with a topic that readily fits into reality. It is immensely difficult to relate to anthropomorphic ships fighting forgotten battles in a part of the world that may or may not exist, but in Uma Musume Pretty Derby, the idea of anthropomorphic horses striving to be the very best in a world that otherwise isn’t all that different to our own means that the premise immediately clicks. There are other people around to attend races and cheer the horse girls on every step of the way, creating a world that feels inhabited, filled with energy. The horse girls race for their families and fans, as well as one another, giving every competition weight Conversely, Girls’ Frontline, Kantai Collection and Azur Lane‘s worlds felt empty and devoid of life: without a society, their wars feel meaningless by comparison. The warmth afforded by a familiar setting is to Uma Musume Pretty Derby‘s advantage, and for me, this meant I was more engaged with the world that Special Week and her friends reside in. These elements together mean that, unusual for an anime adaptation of a gatcha game, Uma Musume Pretty Derby is both able to stand of its own accord and promote interest in the mobile game. Unfortunately for me, it is not trivial to simply switch App Store regions (while guides suggest that one can create an ersatz Japanese Apple ID and use this to register, the challenge with this is that one will become desynchronised from their usual apps and be forced to switch Apple IDs constantly to get updates). Further to this, there is no English-language version of Uma Musume Pretty Derby for iOS, so players unfamiliar with Japanese will need to guess at what the controls do. While it is not possible for me to download and play Uma Musume Pretty Derby as easily as I would my usual games, I take solace in the fact that there is a second season of Uma Musume Pretty Derby. Produced by Studio Kai, this second season will focus on Tokai Teio. We’ve already seen that Uma Musume Pretty Derby has done a fantastic job of giving viewers reason to care about the characters, so I’m curious to see what awaits in this second season: I have heard that much of the cast is returning, so it will be interesting to see both older characters return, and to have new characters take centre stage.