2 Comments Posted by infinitezenith on January 10, 2021

“When you stand in the present moment, you are timeless.” –Rodney Yee

Renge struggles to play a C on her recorder while practising on the way to school. After music lessons and lunch, she crafts some dolls out of toothpicks and clear tape to pass the time as Hotaru and Komari work on their class duties. Natsumi only manages to annoy Komari, and as they finish, they make a log in the notebooks that their instructor is too lazy. When Akane Shinoda, a first year high school student in the concert band club, struggles to play with confidence in front of her classmates, Konomi suggests that they practise together, Renge goes to pick her up from the bus stop, before getting distracted by cockleburs and a toad on the roadside. Once they arrive at Konomi’s place, Konomi notes that Akane has no trouble conversing with Renge, and Akane notices that Renge’s not properly using the fingering for the C note. After Renge masters this note, she plays the Frog Song along with Akane and Konomi. Akane is thrilled and asks if she can come practise at Konomi’s house again in the future. Later, Renge impresses Natsumi, Komari and Hotaru with her improved skill with the recorder. This is Non Non Biyori Nonstop, the third season to a story about life in the peaceful and remote village of Asahigaoka, a place where time seems to stand still, and one where adventure is seemingly around every corner. Non Non Biyori originally ran as a manga that began serialisation in 2009, and continues to this day. Earlier chapters were adapted into an anime in 2013, and a second season aired two years later. During its earlier run, Non Non Biyori captured audiences with its unique charm and portrayal of a tranquil, rural life away from the hustle and bustle of Japan’s urban centres. Striking a balance between comedy and life lessons about everyday experiences, Non Non Biyori quickly established a reputation for being immensely calming and relaxing, an iyashikei series. It’s been six years since the second season, but Non Non Biyori‘s continued to endure, and in this third season, Non Non Biyori continues with its excellent portrayal of Renge, Hotaru, Natsumi and Komari’s experiences in Asahigaoka.

Non Non Biyori Nonstop (Nonstop from here on out for brevity) continues in the same vein as its predecessors, opening with Renge playing the recorder on her way to school. The first half of the episode sees familiar faces return for familiar misadventures in their one-teacher class at Asahigaoka Branch School: Komari’s attempts to be a proper older sibling and Natsumi’s immature (but amusing) antics, as well as Renge’s endless sense of curiosity immediately re-establish what Non Non Biyori had been about; this time around, rather than using rulers for desktop games, the students fashion dolls out of common everyday objects in boredom after class draws to a close. This typifies the idea that even in a setting where things are laid-back and languid, there is rarely a dull moment. Where things are quiet, Natsumi and Renge always seem to find a way to liven things up, and as Nonstop continues, finding the extraordinary in the mundane will yield numerous moments of discovery and reflection. Nonstop shifts gears in its second half, introducing Akane to Renge and setting the table for new friendship. Through a fateful meeting, Akane discovers that she can indeed play flute in front of others and warms up to Renge, while Renge becomes excited about the sorts of things Akane knows: she and Konomi help her to properly play a new note on her recorder. With this first episode of Nonstop in the books, the precedence for the remainder of the season is set, and I look forwards to seeing what sorts of adventures await Akane: it is inevitable that she will eventually meet Hotaru, Natsumi and Komari at some point in the future. 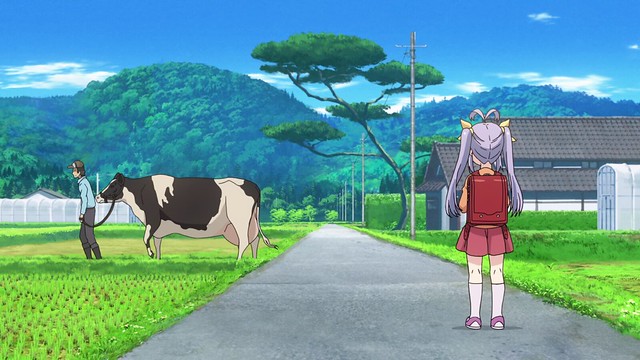 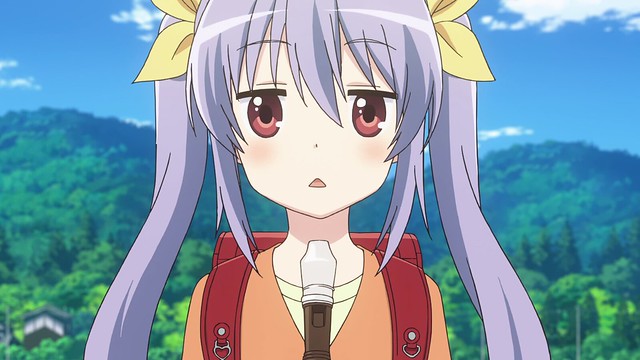 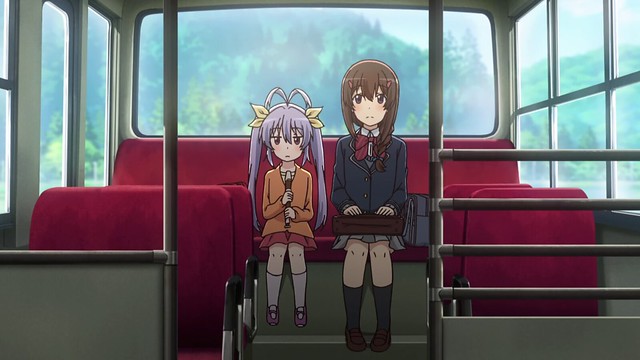 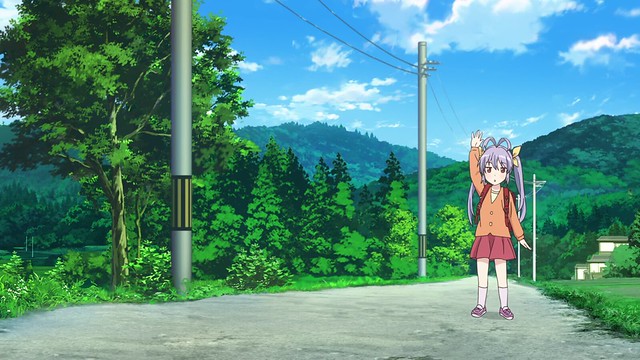 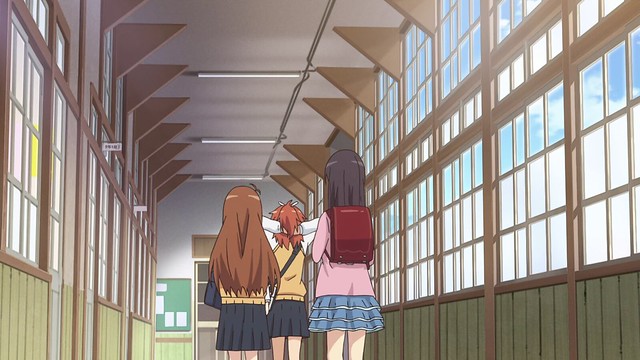 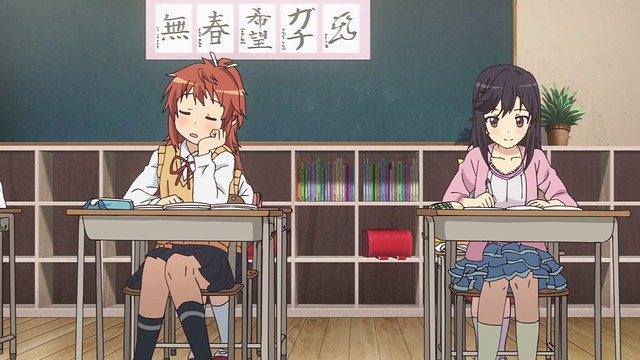 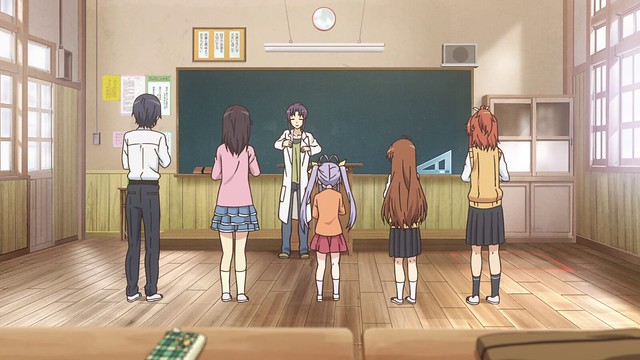 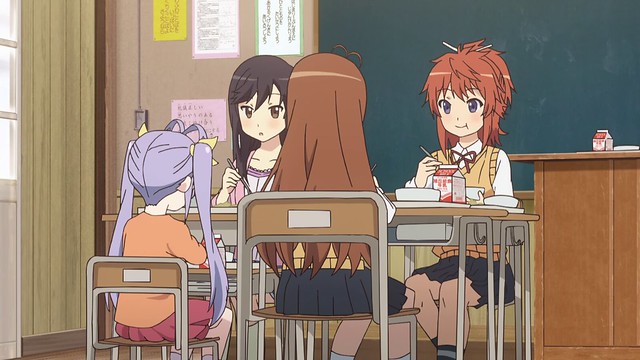 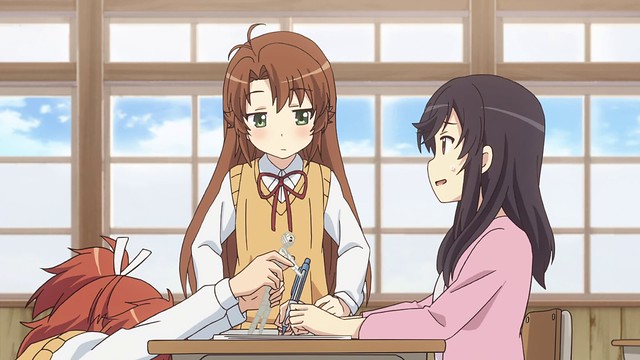 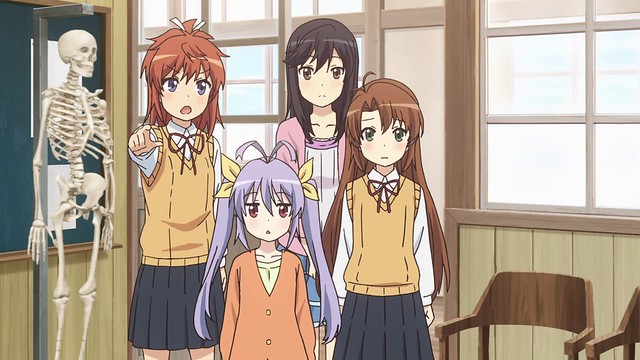 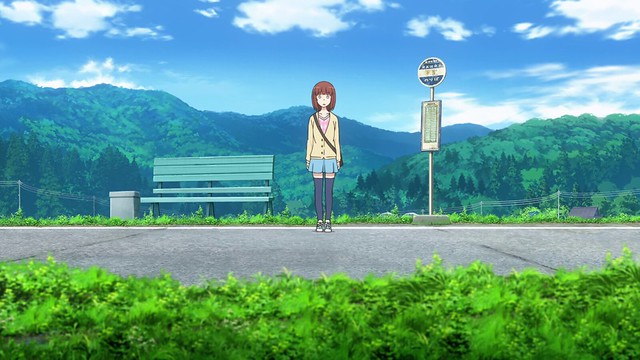 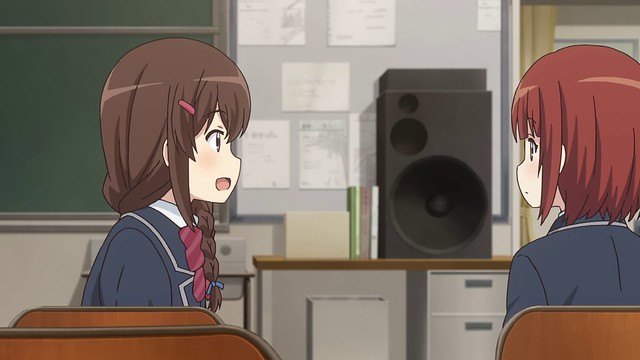 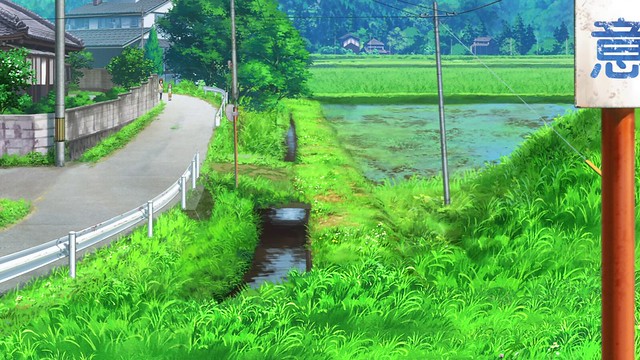 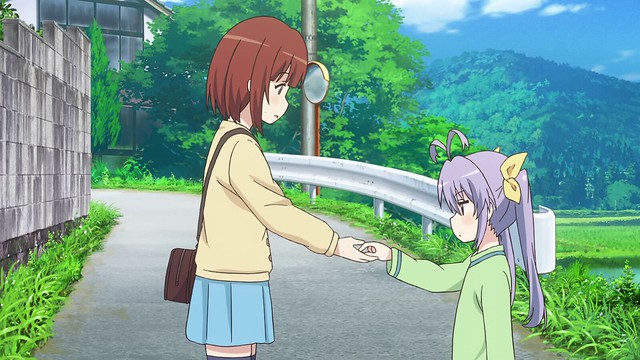 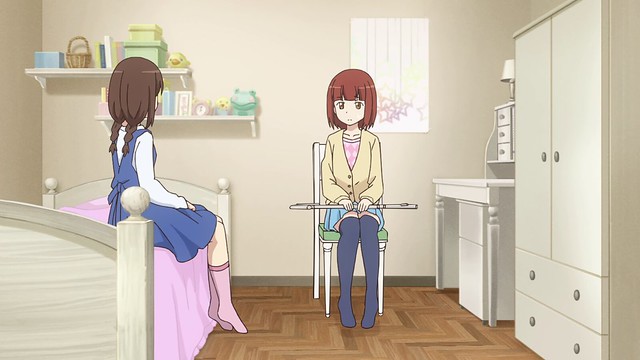 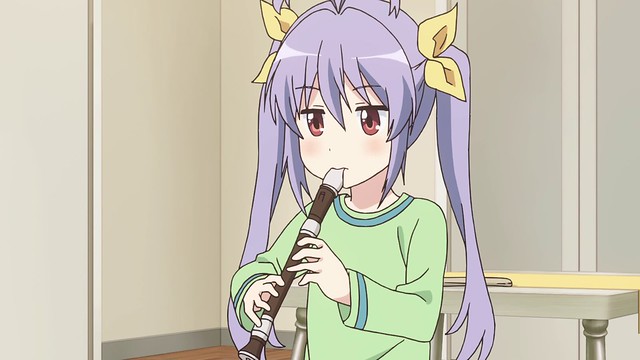 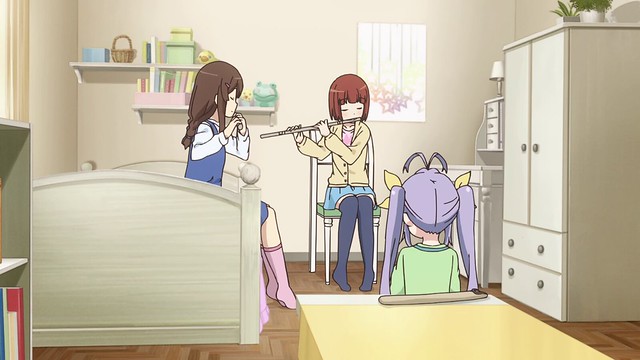 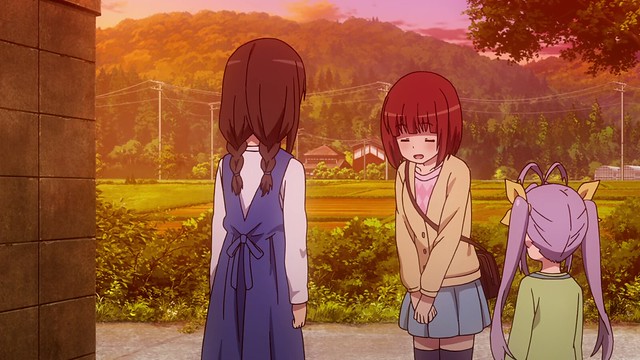 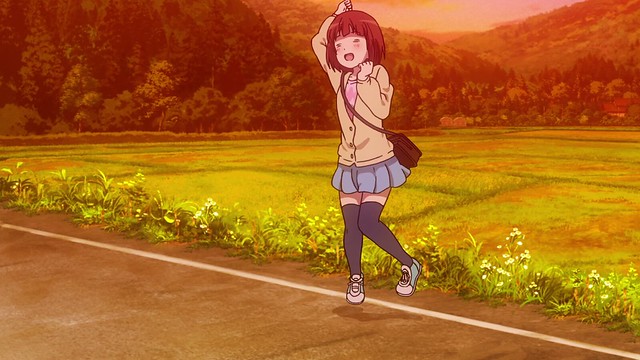 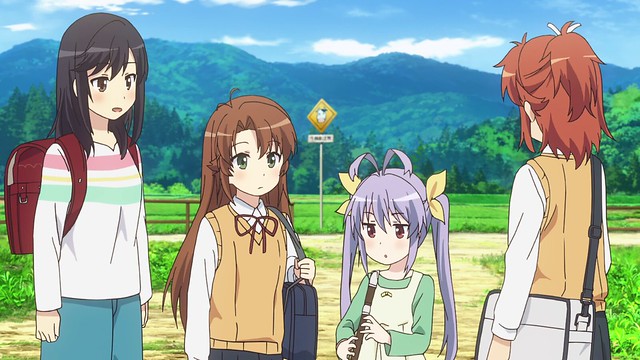 When Non Non Biyori Repeat began airing, I had been surprised that the story had actually been set in between episodes of the first season. The second season continued to impress with its subtle incorporation of life lessons into a gentle and humourous story, leaving a decidedly positive impression on its conclusion. Upon watching Nonstop, my initial question was whether or not this third season would be similar to the second, being set in the same time-frame as the first and second seasons. As this first episode continued, it became apparent that Nonstop is a proper continuation, set after the events of the first and second season. Renge is accustomed to life at school, and Akane is introduced, indicating that this third season is ready to keep things rolling. With this being said, the time-frames in Non Non Biyori seem to hardly matter, speaking to the sense of timelessness in Non Non Biyori; Asahigaoka is so far removed from major population centres that going to a department store is a big deal, and here in Asahigaoka, things like smartphones and tablets are non-existent. The end result is that time does seem to stand still here, and without the pressures of an urban setting, each of Renge, Hotaru, Komari, Natsumi, and now, Akane, are each able to really appreciate the sights and sounds of home. Moreover, the timelessness of Non Non Biyori‘s setting means that, despite a six year gap between the second and third season, Asahigaoka has not aged a day. It only feels like yesterday that Renge and the others met up on a hill with a blossoming cherry tree to welcome a new spring: Nonstop picks up where things have left off, ready to take viewers on another relaxing, cathartic journey alongside Renge and her friends. If it were not apparent, I’m definitely excited about Nonstop: the lovable cast and breathtaking scenery that brought me into this series has only continued to find new ways to impress with time, and I’m confident that viewers will be treated to another wonderful season with Nonstop.