4 Comments Posted by infinitezenith on January 18, 2019

After an encounter in middle school led to friendship developing between Nozomi Kasaki and Mizore Yoroizuka, the two joined Kitauji High School’s Concert Band. Energetic and outgoing, Nozomi plays the flute while the reserved, taciturn Mizore plays the oboe. When the concert band picks Liz and the Blue Bird as a piece, Mizore and Nozomi are selected to perform the suite’s solo. At the same time, Nozomi and Mizore are forced to consider their futures; Mizore is recommended a music school, and Nozomi decides to follow her, but realises that her skill with the flute is not comparable to Mizore’s oboe. Meanwhile, Mizore envies Nozomi for being able to connect with others so easily, and at the same time, longs to be closer to Nozomi. After a conversation with Reina, Mizore performs the solo with her fullest effort, bringing some of the concert band’s members to tears. The two share a heartfelt conversation after, promising to remain friends even if their paths diverge in the future. Liz and the Blue Bird premièred in April 2018, focusing on secondary characters; the choice to tell a deeper story about the friendship between Nozomi and Mizore is motivated by the impact they had on Kitauji’s concert band in the events prior to the start of Hibike! Euphonium; the driven and determined Nozomi spearheaded an exodus after realising that Kitauji’s band was a raggedy-ass group disinterested in competing seriously. Mizore ended up staying behind, and Nozomi’s return during the events of Hibike! Euphonium 2 formed the basis for the conflict during its first half. The depth behind each of the characters in Hibike! Euphonium meant that a myriad of stories about concert band’s members could be told, and on first glance, the story between Nozomi and Mizore is one of interest, dealing with two polar opposite personality types, their friendship and how the two each deal with thoughts of parting ways in the future.

Liz and the Blue Bird‘s primary themes is a familiar one – deliberately chosen for the characters’ involvement in Kitauji’s incident, it shows the extent of Nozomi and Mizore’s friendship. Having long admired Mizore’s skill with the oboe, Nozomi’s charisma and fiery personality has a major impact on the band, but it now appears that she went to these lengths to give Mizore a chance to shine. Liz and the Blue Bird thus explores the difficulty both encounter as their time in high school comes to an end. The film is so named after the færie tale that frames the narrative: a girl named Liz finds a bluebird who transforms into a girl. As they get to know one another, Liz comes to enjoy her time with the bluebird. However, when Liz finds that the bluebird periodically sneaks out to fly at night, she realises that she cannot keep the bluebird forever and lets her go to rejoin her winged companions. It is a tale of parting, with both Mizore and Nozomi realising that they’re struggling to part with one another. In the end, though, it is precisely by letting go that allows the blue bird to reach her full potential; Nozomi must learn to let go of Mizore so she can pursue her career in music, and Mizore must let go of Nozomi so she can continue to direct her unparalleled passion and energy towards leading others. Liz and the Blue Bird proceeds as one would expect: by the film’s end, Nozomi and Mizore find their solutions, accepting that they will one day part ways, but this does not preclude their continued friendship. 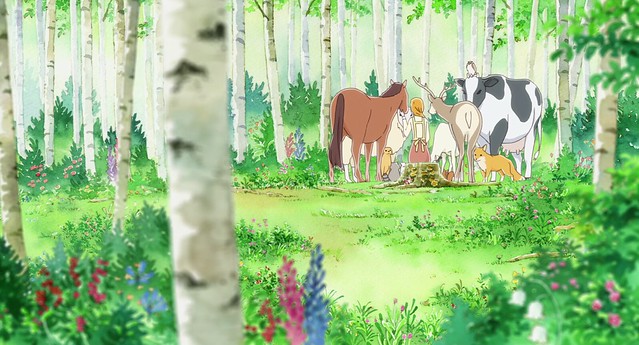 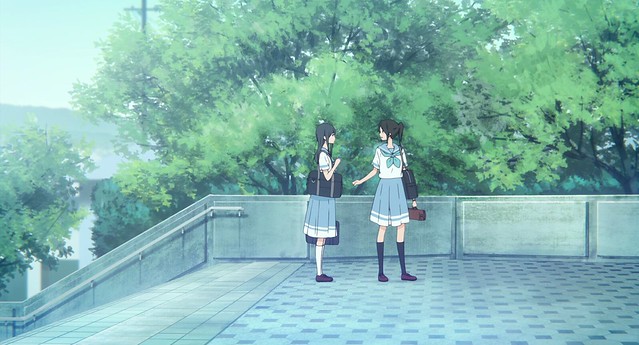 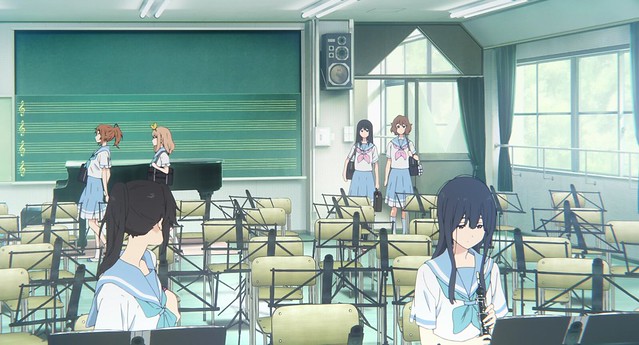 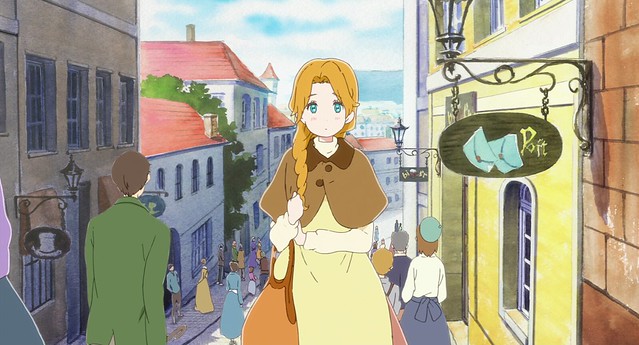 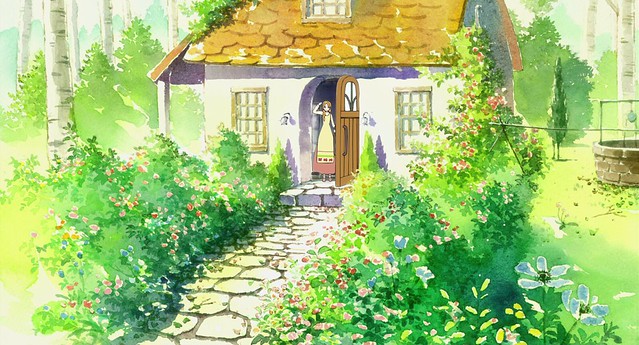 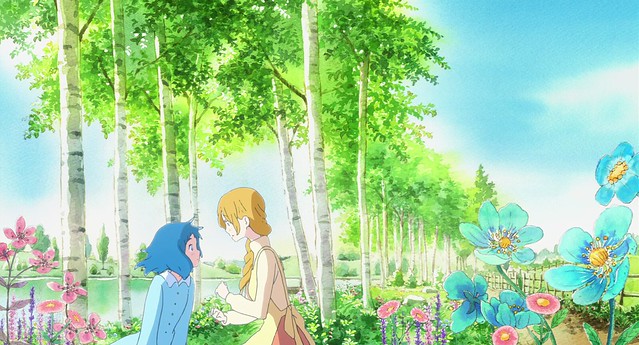 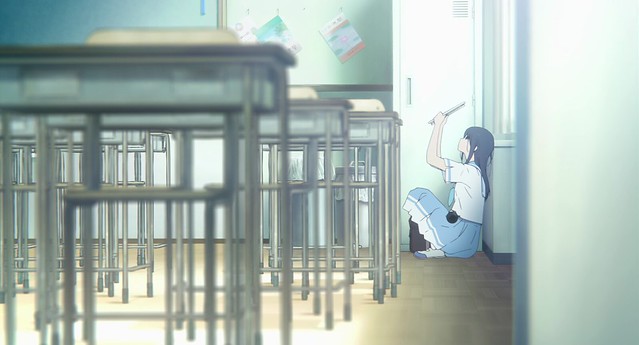 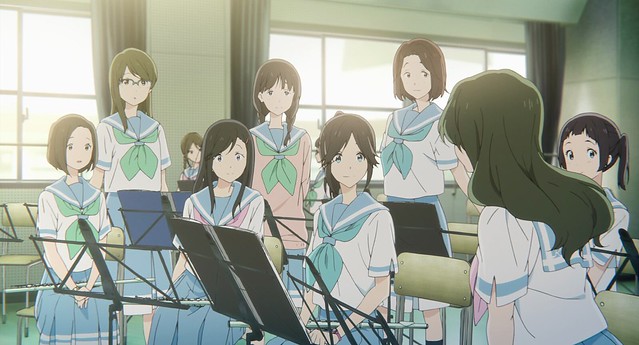 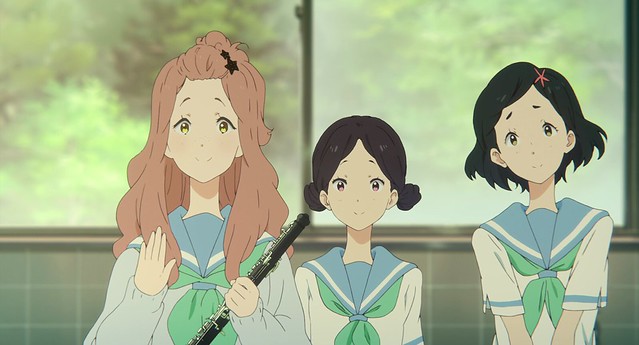 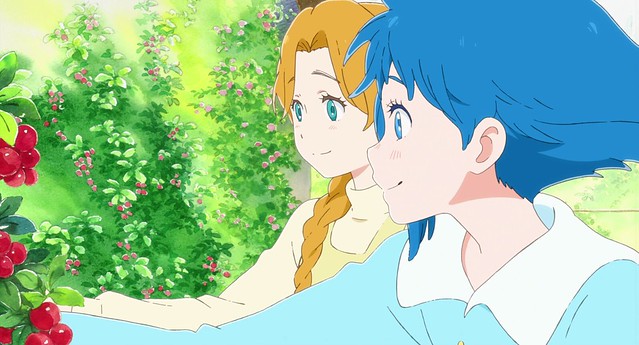 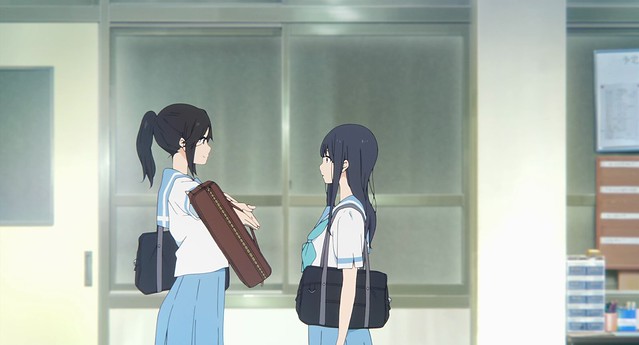 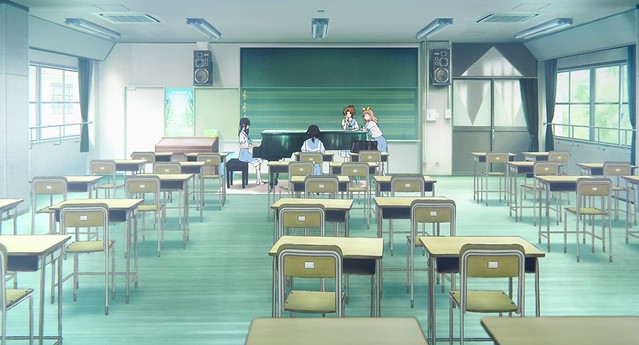 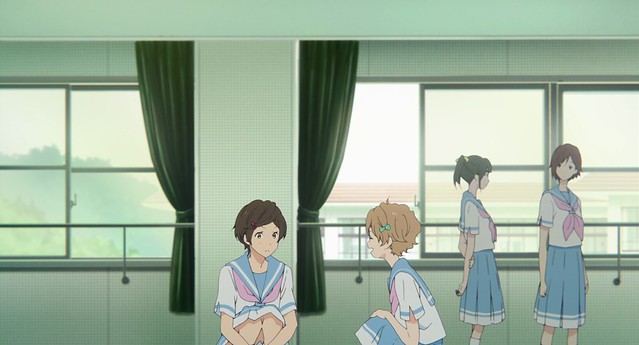 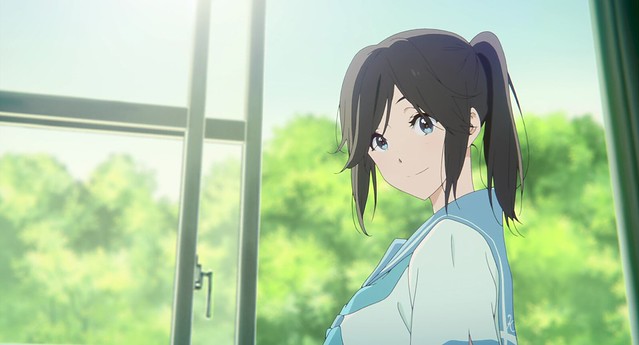 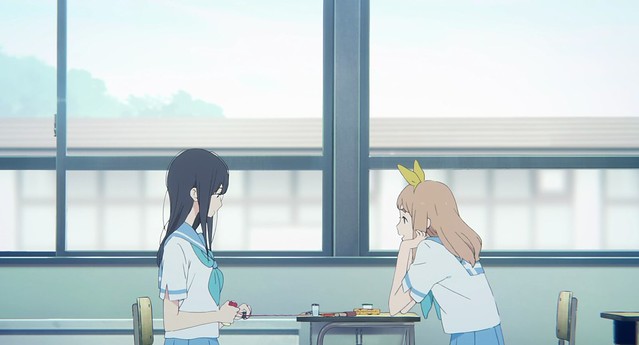 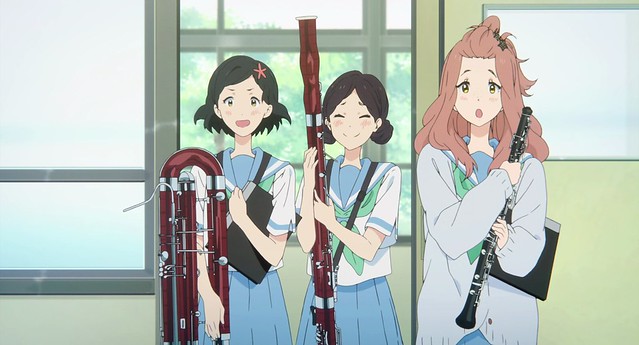 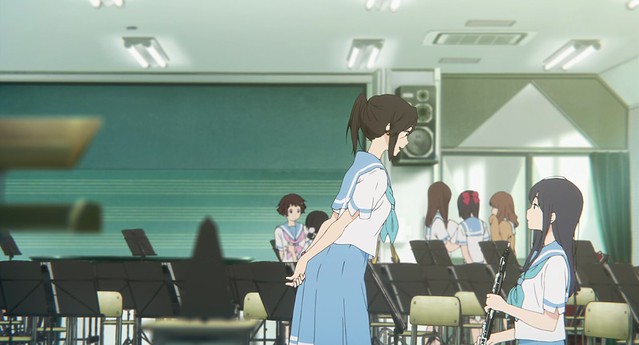 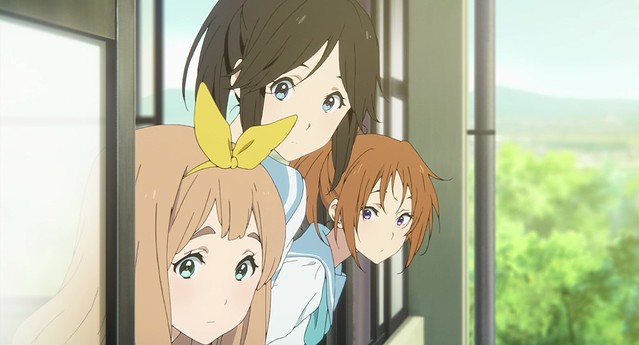 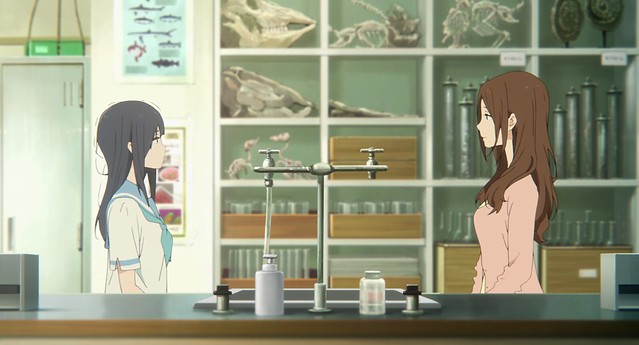 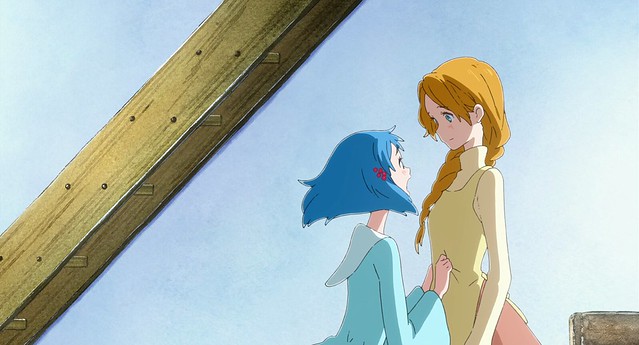 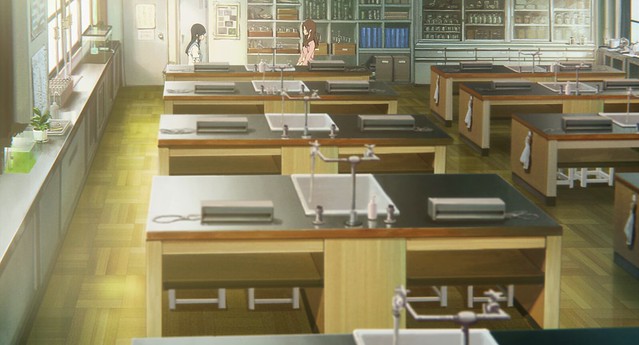 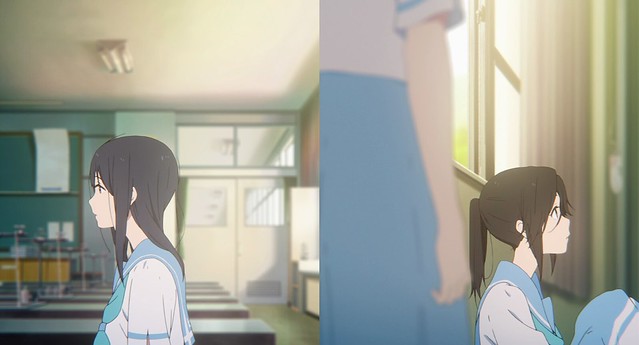 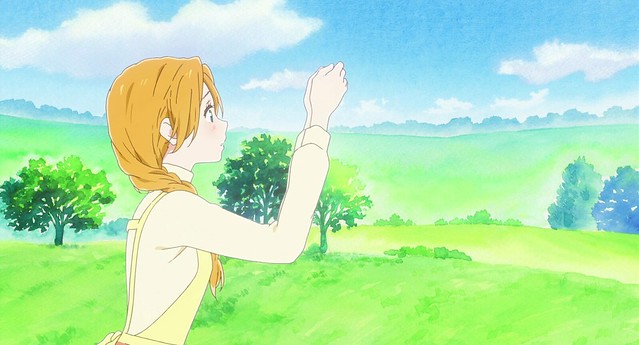 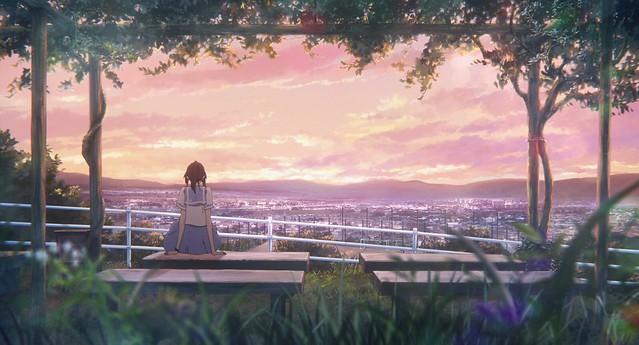 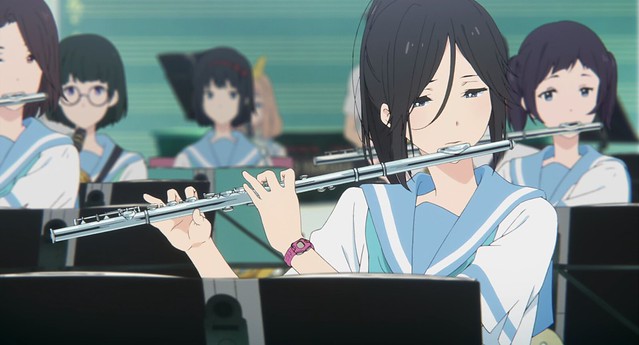 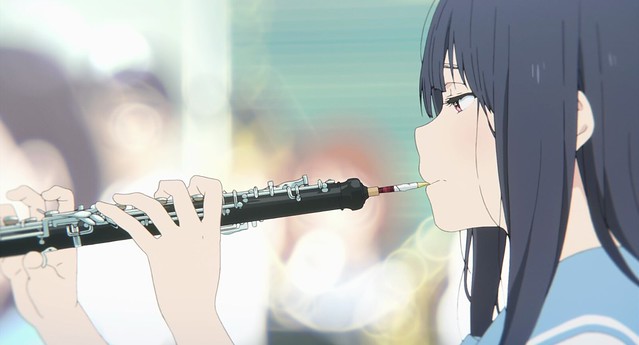 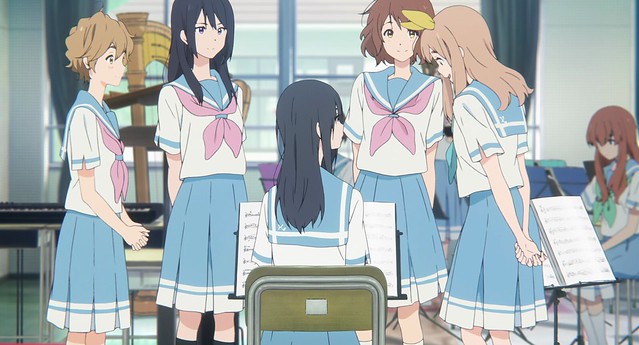 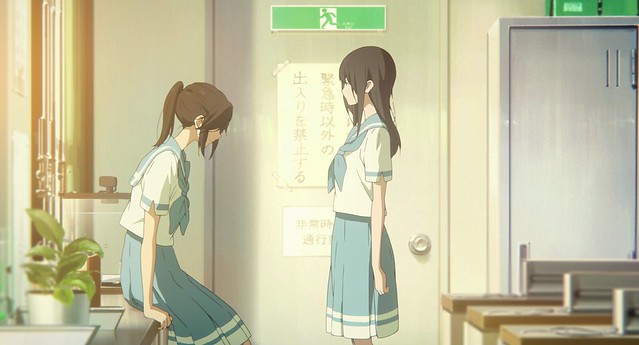 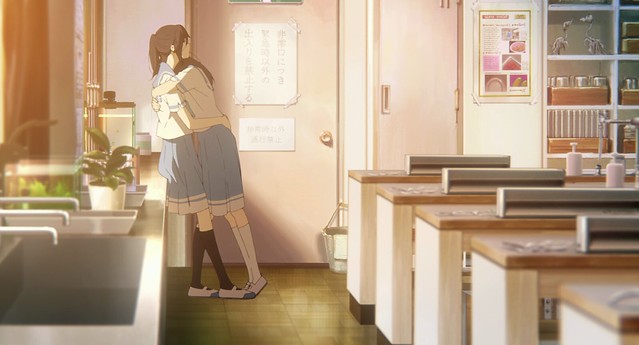 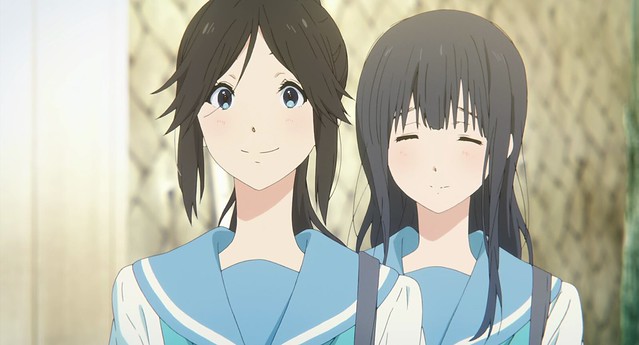