2 Comments Posted by infinitezenith on December 7, 2014

“Choose a job you love, and you will never have to work a day in your life.” —Confucius

A short while ago, P.A. Works released a chart detailing the yearly salaries for individuals involved in the anime industry. The figures are reflective of why some characters are constantly mindful of whether or not they can make ends meet even though they are employed, and also leads me to wonder about salaries and income after my time as a graduate student ends. From what is immediately apparent in the chart, working in the anime business is gruelling, with long hours, high stress and relatively low wages. The only exception are popular voice actors and actresses, who earn an order of magnitude more than the producers. With this in mind, and the fact that many major animation studios are located in Tokyo, making a reasonable living becomes a challenge. At the time of writing, the cost of living in my home city, the centre of Canada’s oil country, is only slightly lower than that of Tokyo’s: staying in the black becomes a challenge of sorts even for the more senior employees in an anime company. Shirobako can therefore be said to be an anime that aims to paint a picture of what the anime industry is like: as a fictionalised account of what this field is like, Shirobako is a watered-down version of what employees are subject to. These sorts of occupational difficulties are meant to illustrate that very few anime viewers actually understand what goes on behind the scenes, and that the individuals making this media for everyone to enjoy, though passionate about their work, are oftentimes earning just enough to get by (even if they make the appropriate lifestyle changes to ensure they stay in the black). 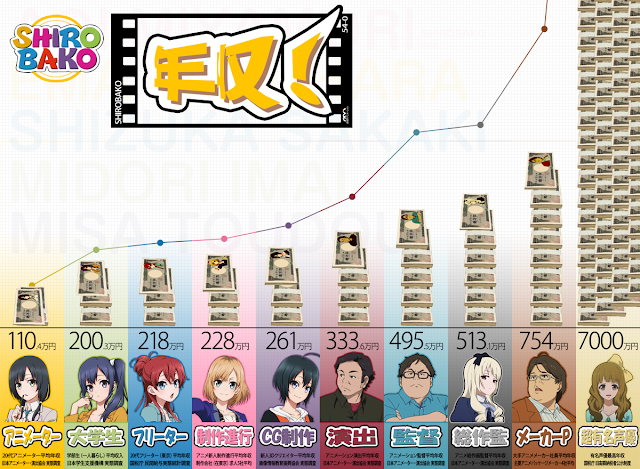 Barring the voice actors, most of the staff at Musashino Animation do not earn a great deal (especially Ema, who must make her budget work with only 860 dollars per month); their passion for doing their jobs that keeps them in business, and even though the hours are long and the pressure can be mind-boggling, Aoi, Ema and the others continue on because their resolve do not waver, as they strive to fulfil the promise they had made to each other during high school of joining the anime industry. Moreover, several episodes in Shirobako show the moments of pure joy as their episodes finally reach completion and positive reviews begin appearing online. While this is rewarding, from a strictly personal perspective, unless one were at the absolute top of their field (this holds true for everything, including the anime industry), being in the anime industry and enjoying one’s work is no longer sufficient to maintain a reasonable standard of living. Taking a quick look at the charts, I briefly note that the average graduate student will earn anywhere from 20000 to 22000 CAD per year, and students with scholarships can net around 30000 to 36000 CAD per year. On average, it costs roughly 800 to 1100 CAD per month to minimally survive where I am; a graduate student could reasonably survive if they managed their finances well. After graduation, the average junior software developer earns from 45000 to 65000 CAD per year (3750 to 5417 CAD per month) at their first position, which is comparable to that of a producer’s income. 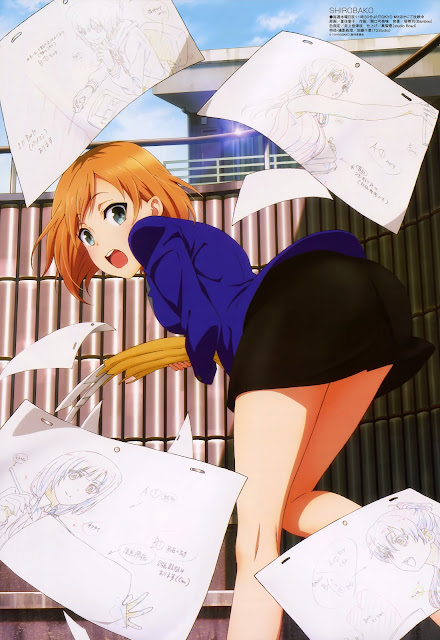 While I’m still a little behind in Shirobako, the anime has insofar captured the some of the challenges that characters occupying the lower echelons face: they must either break their backs to improve and be promoted, or else switch occupations. According to some sources, animators can earn bonuses for exceeding quotas, but this is undesirable as it typically comes at the expense of quality. As an anime, Shirobako will probably aim to provide some fail-safes for characters like Ema to prevent them from failing and allow their work to be rewarded at some point in the future, although the real world is hardly as considerate. As such, while there’s nothing wrong with following one’s passions, Shirobako is probably meant to illustrate that the anime industry, outside of being a voice actor/actress, is not as glamorous as some might believe, and subtly hints to viewers that they must also be mindful of the field they’re getting into with respect to the advantages and disadvantages that each occupation confers.