I had picked up Stella Women’s Academy: High School Division Class C³ (shortened to Stella Women’s Academy for brevity) out of a curiosity to see what a club around airsoft would be like: over the course of thirteen episodes, I followed Yura’s progression through airsoft, from early beginnings to her gradual shift towards a purely victory-driven mindset and her salvation from the aforementioned mindset. Stella Women’s Academy can thus be seen as illustrating a possible outcome of valuing strength and victory without fail over everything else. This was a significant point of contention in Girls und Panzer, where tempers flared whenever the validity of the Nishizumi Style was called into question for being excessively ruthless and ineffective. In Stella Women’s Academy, Yura’s shifting characterisation illustrates how playing for keeps under all circumstances causes one to become isolated and alienated not just from friends, but even the activity itself. By the end of Stella Women’s Academy, Yura comes to terms with herself, understanding that what she wished to do was stand out more and how that being in the C³ itself was sufficient in realising this wish. 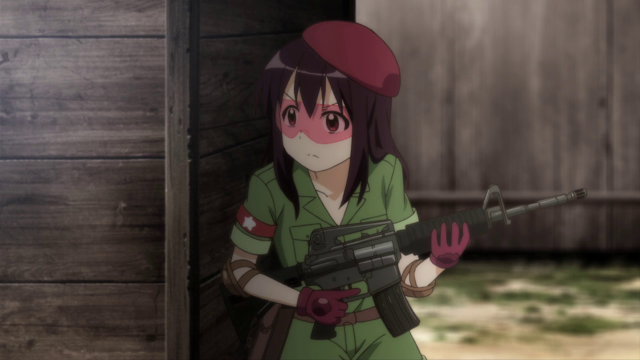 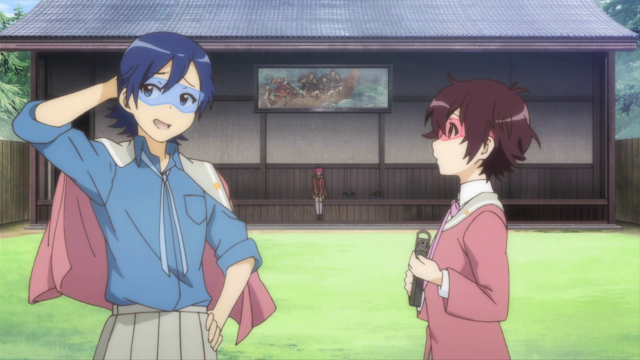 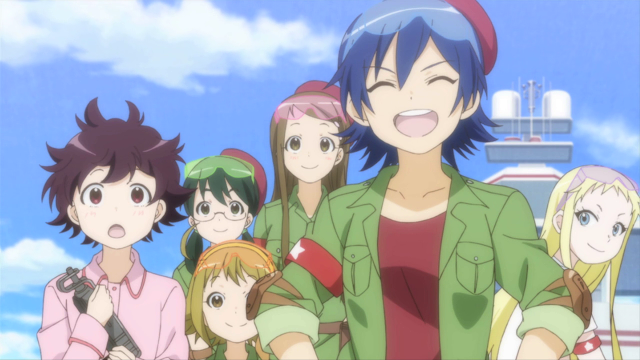 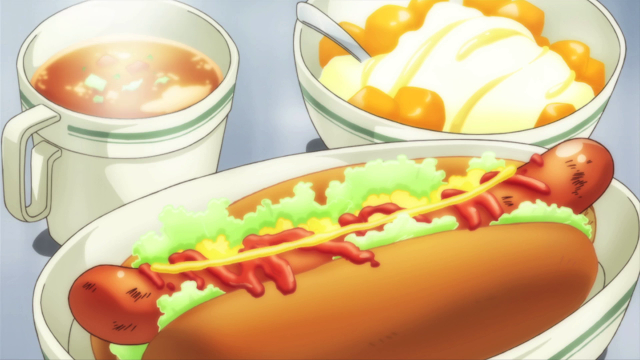 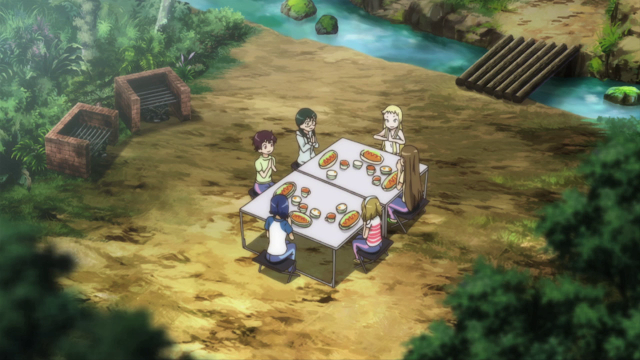 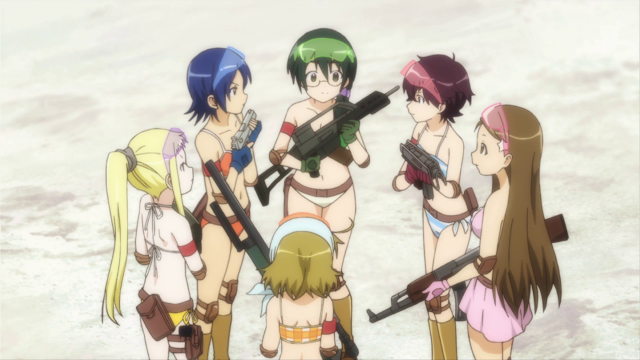 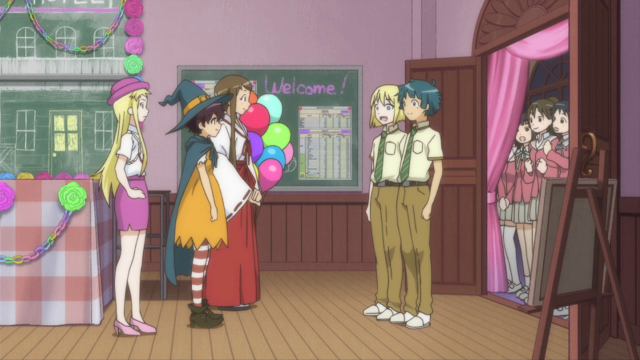 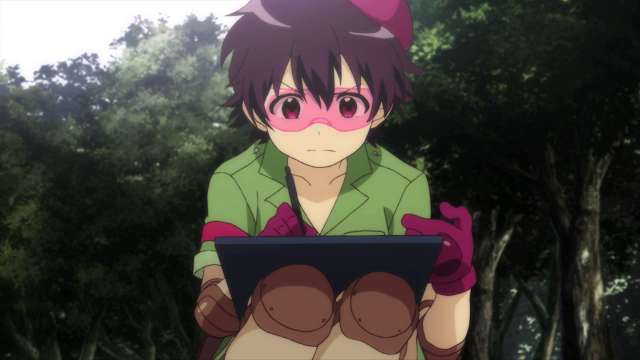 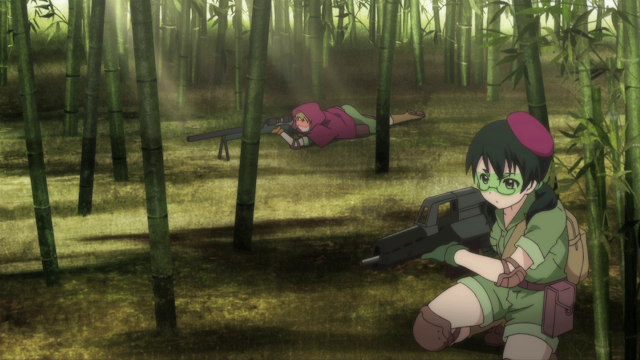 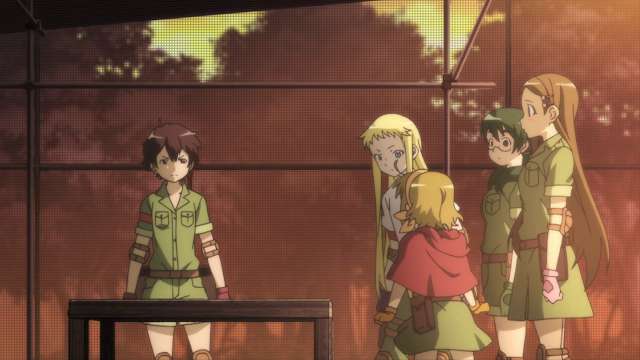 Back in March, an uncivil discussion was raging at the Girls und Panzer thread at AnimeSuki, involving one Sumeragi and several others. The topic was whether or not Miho’s decision to save one of her teammates’ tanks after it had fallen into a river was justified: most parties felt Miho’s actions were appropriate and sound, even though it cost Black Forest their title (I will probably leave this discussion for a point in the near future). However, Sumeragi insisted that leaving the crew to extricate themselves out of the river was appropriate, and that anyone who stood contrary to her views were “soft” and “didn’t hold themselves to high standards”. In Stella Women’s Academy, after Yura transfers to the Meisei airsoft team, headed by Rin Haruna, Yura decides to continue fighting despite seeing one of her teammates becoming injured. Rin’s personal philosophy is not to show any weakness, but even she disapproves of Yura’s actions, noting that the safety of teammates is of great importance. Rin bears some similarity to Shiho Nishizumi in terms of beliefs, mannerisms and even appearances. Thus, it is not unreasonable to believe that while Shiho strives for total victory, she might also regard the safety of her own team members as having a greater priority than victory itself and may have given up a victory to ensure her tank crews were safe. Of course, under this interpretation, it means that the Nishizumi style itself is not sufficiently flawed as to make it inviable (it’s still flawed compared to Sun Tzu’s writings, though!). Instead, it means that Sumeragi of AnimeSuki bears sociopathic tendencies, and that this conversation is essentially over. 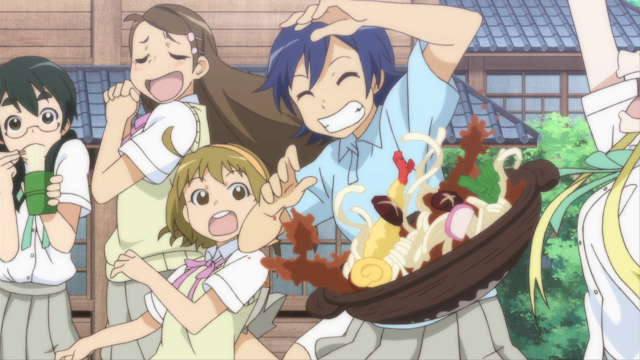 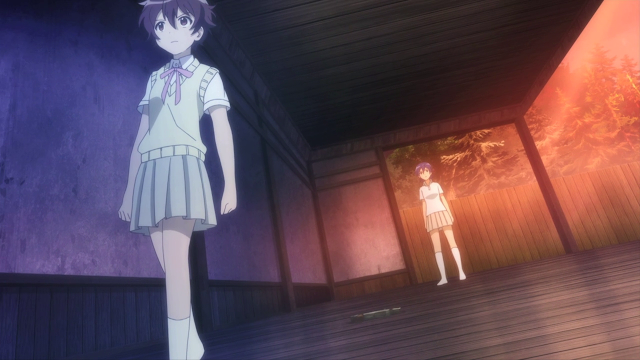 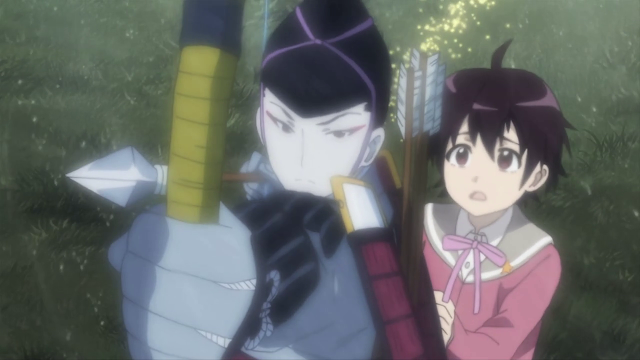 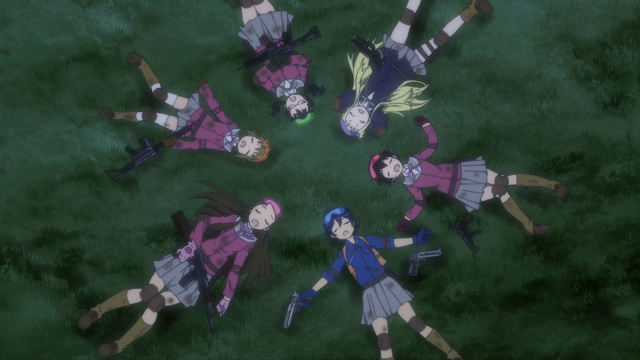 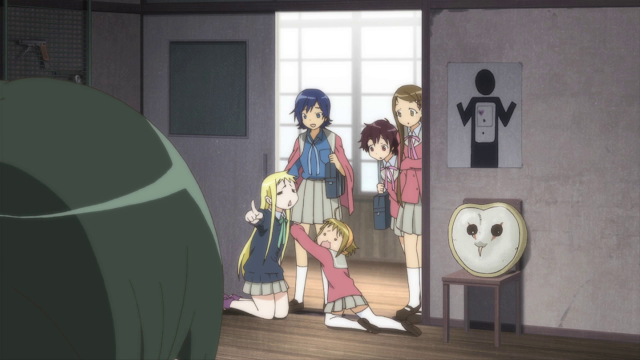 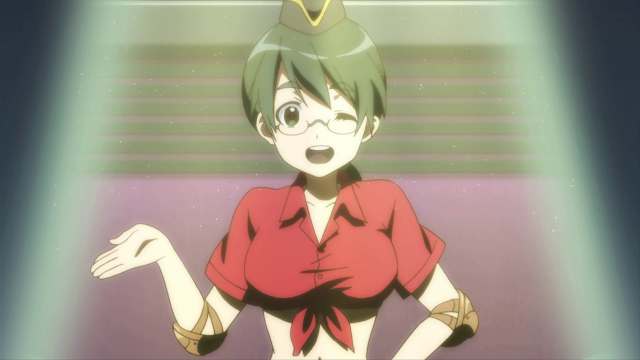 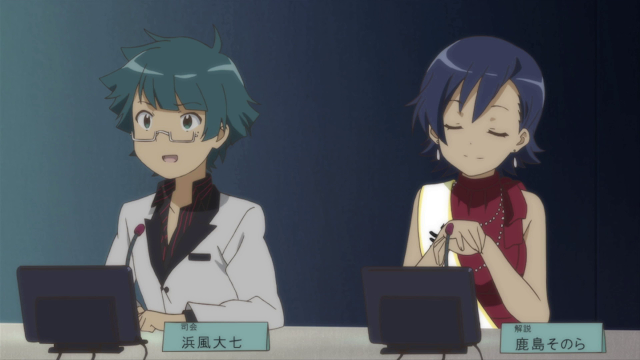 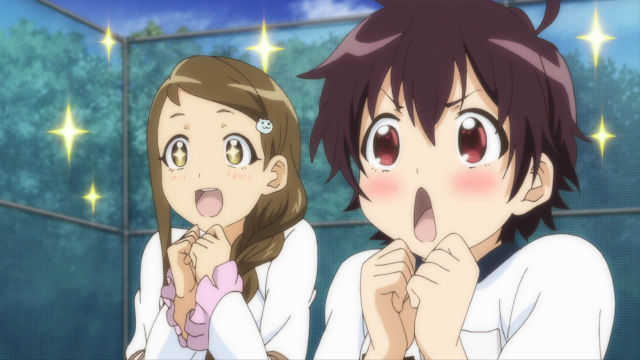 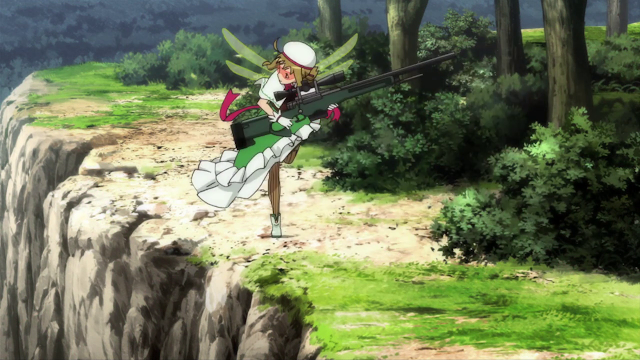 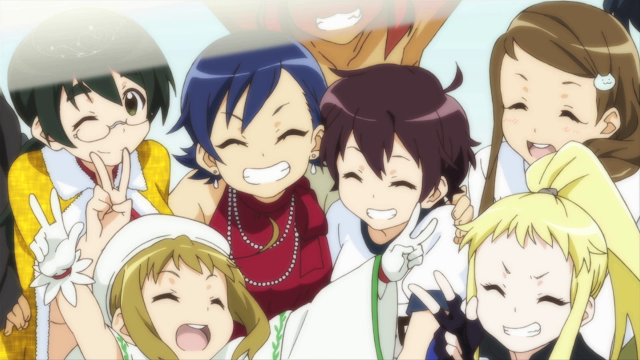 That exercise didn’t really say anything about Stella Women’s Academy: returning to the anime itself, Stella Women’s Academy illustrates that being able to have fun in an activity is of the greatest priority, being built on a similar premise and message as Girls und Panzer. How does Stella Women’s Academy stack up with the other shows I’ve seen and recommended? Long story short, it’s an anime worth watching for pure entertainment value, telling a story about how Yura discovers and re-discovers airsoft. The plot is simple enough to follow and flows with a reasonable consistency, although the earlier episodes are slower-paced because of their focus on the slice-of-life aspect, reflecting on Yura’s early approach to airsoft. Stella Women’s Academy also features a lively jazz element in its soundtrack that livens up some of the combat scenes. All in all, I would recommend this series for audiences seeking a series about girls with (airsoft) guns and/or an alternative outlook on fun-versus-victory aspects in sport and competition, especially viewers who have already seen Girls und Panzer. While Stella Women’s Academy doesn’t quite have the same degree of masterful execution and character portrayal in Girls und Panzer, it offers a superb representation of what might happen to individuals who strive for victory above all else, and that even then, these individuals can still be redeemed.

Yura Yamato has just arrived at the high school division of Stella Women’s Academy, when Sonora Kashima invites her to join a club called “C³”. Sonora is the third-year student who became the new head of this club for military survival games. The other members include two second-year students (part-Japanese Karila Hatsuse and G36K-wielding Honoka Mutsu) and two other new students (Rento Kirishima whose family runs a Japanese sweets shop and the really short Yachiyo Hinata).

It seems a great deal of anime I’ve been watching lately is set in the ever-so-familiar high school setting, about yet another girl who wishes to reinvent and rediscover herself during high school. During this time, she comes across a club and becomes a member. Back in my high school days, the only after-school club I participated in was the yearbook committee: I was involved in this club for all three years and produced some of the most interesting yearbooks of my age, although aside from yearbook, I went home after classes concluded and studied, then played World of Warcraft or Ragnarok Online on a friend’s private server. Japanese high schools are different and place a larger emphasis on club activities, going through far more efforts to create, maintain and promote said clubs. As such, while classical elements are still present in this umpteenth anime I’ve watched about school clubs, Stella Women’s Academy takes after Girls und Panzer, substituting airsoft guns for WWII-era tanks. 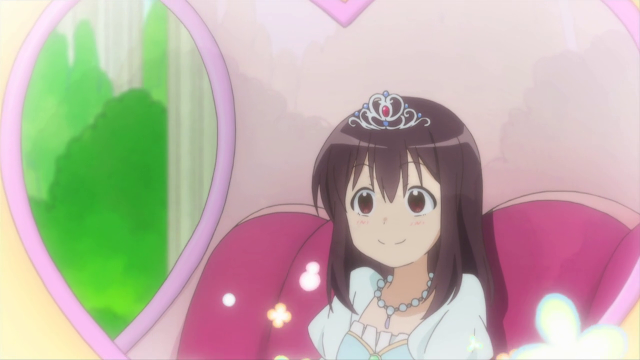 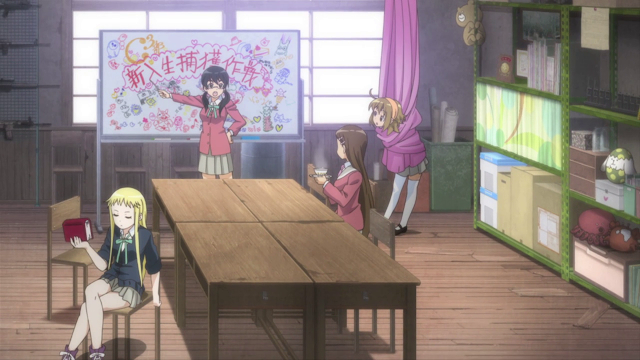 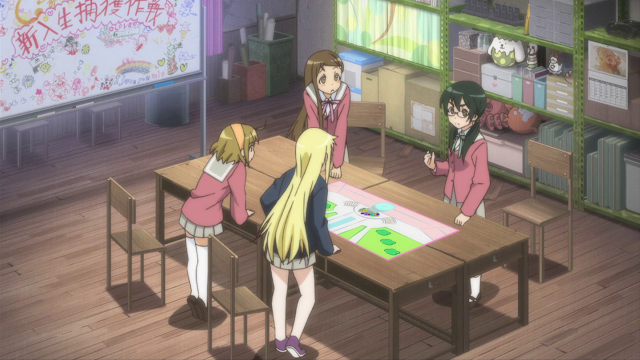 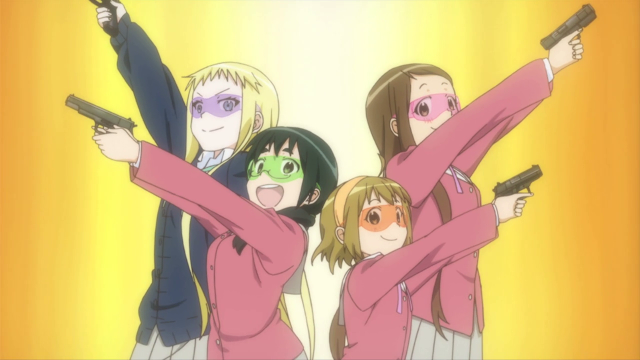 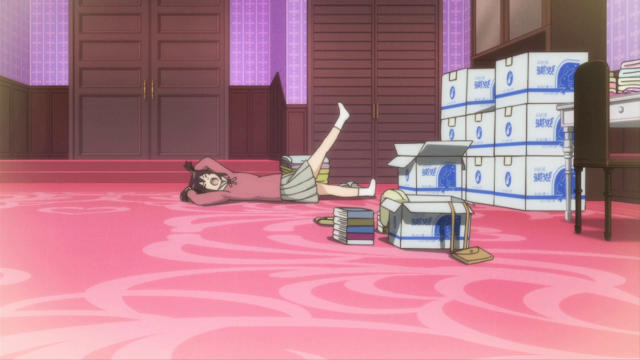 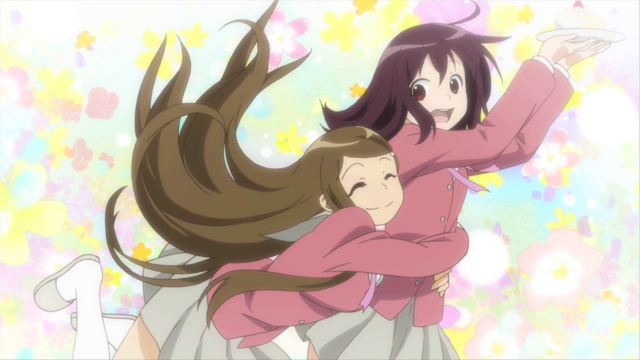 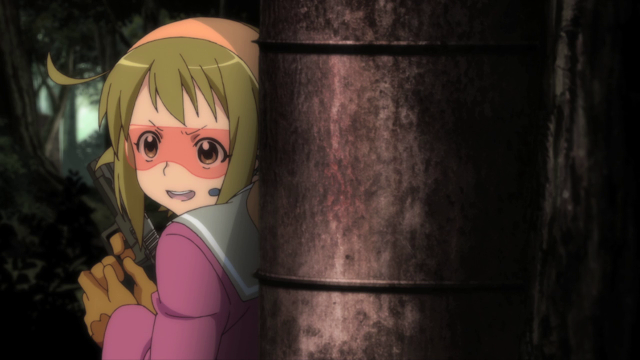 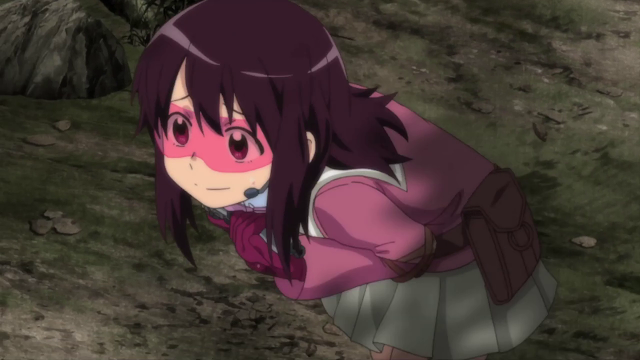 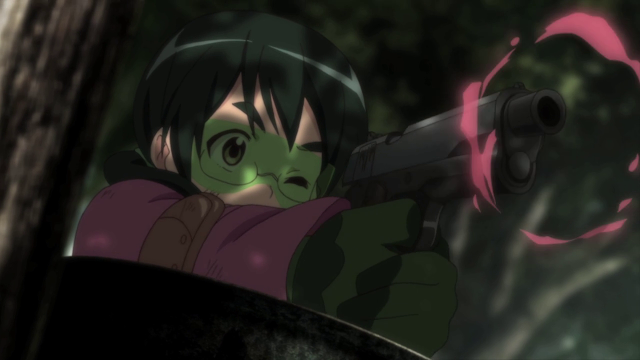 After the first episode, I am left with a warm impression of Stella Women’s Academy for its combination of airsoft and life as high school students. The premise may be about airsoft, but the character composition and interactions also give rise to a familiar feeling that stands in contrast to the girls’ hobby, reminding viewers that while the girls do partake in such a sport, they are still at heart high school girls. Given the setup, Stella Women’s Academy will likely take the story in a direction to depict Yura’s gradual transition and growth, contrasting her initially shy nature, as she continues to participate in competitions with the members in the C³ club. Stella Women’s Academy is a 12-episode series and will conclude this week: I will see if I can wrap up the remaining eleven episodes and draft a reflection before Battlefield 4 comes out. Whereas Girls und Panzer revived my interest in armour, from what I’ve seen so far, I will probably develop an increasing inclination to play FPS after Stella Women’s Academy finishes.