This Art Club Has a Problem!: Whole-series Review and Reflection

“Every artist dips his brush in his own soul, and paints his own nature into his pictures.” –Henry Ward Beecher

Mizuki Usami is a member of her middle school’s art club, and although she’s devoted to her craft, she struggles to handle her fellow club member, Subaru Uchimaki: although a talented artist in his own right, Subaru is more interested in producing anime drawings rather than conventional art. In spite of this, Mizuki holds feelings for Subaru and struggles to express herself; she manages to convince Subaru to stay in the art club. Later, Colette joins the art club after Subaru helps her in searching for a locket, and instructor Yumeko Tachibana takes up the role as the art club’s advisor. The art club’s everyday life is characterised by chaos and heartwarming moments: from Colette creating a bit of a ruckus after doodling on one of the model heads, to a fellow classmate botching a kokuhaku with Subaru and Mizuki encouraging Subaru in entering a contest after a classmate disparages his work, life in the art club settles into a familiar and comfortable pattern. Maria Imari transfers into their school shortly after, and quickly bonds with Subaru over their common interests, to Mizuki’s displeasure. Despite her chūnibyō tendencies, Maria gets along with everyone, including Colette, who sees her as a master of sorts, and even Mizuki finds that Maria is probably no threat to the status quo, since Subaru appears interested only in fictional characters. The three share more adventures together and even go on a treasure hunt the previous art club left behind, only to find it was an adult magazine. This magazine would later cause the art club some trouble. Later, the art club’s president encounters Moeka, a little girl who’s arrived to find her grandfather: Yukio Koyama, the art club’s former advisor. Outside of their club activities, the art club’s members still must deal with exams: Mizuki and the president are decent students, but it turns out that Subaru and Colette have failed, pushing Mizuki to suggest a home study session. With her help, both pass and are ready to take on the school’s culture festival. With help from Yumeko, the art club prepare a tin can exhibit; despite suffering from setbacks, the art club manages to produce a work in time for the festival. On a rainy day, one of Mizuki’s friends, Kaori, arranges for Subaru to accompany Mizuki home. Later, Mizuki overhears Subaru asking Maria about how to make his feelings for someone whose traits resembles Mizuki’s. Certain it must be her, Mizuki attempts to do a kokuhaku, only to discover Subaru’s referring to an anime character who shares her surname. Although relieved that the status quo at the art club seems to be maintained, she promises to do her best in the future, too. With this, I’ve crossed the finish line for This Art Club Has a Problem! (Kono Bijutsubu ni wa Mondai ga Aru), an anime I was given a recommendation to watch.

Standing in contrast with the usual gamut of slice-of-life anime I typically watch and write about, This Art Club Has a Problem! represents a departure in that this anime is purely comedy-driven. There isn’t an overarching theme, a goal that unifies the episodes or a lesson to be learnt; instead, each episode consists of several, loosely-related vignettes that showcase Mizuki’s everyday life as a member of the art club, and some of the misadventures she goes on as a result of her involvement with some zany, but authentic individuals. Some of these misadventures are particularly well-written: when Colette doodles on a model head and hides it in a box to evade trouble, Yumeko stumbles upon it and faints, leading Subaru to try and revive her while Mizuki fetches help. However, the club president misinterprets the situation, reports it to Mizuki, who goes wild at the thought of Subaru doing mouth-to-mouth with Yumeko, resulting in catharsis. In another moment, after a treasure hunt finds an adult magazine on school grounds, this seemingly-irrelevant object creates trouble for the art club as Subaru and Mizuki try to smuggle it off campus for disposal. Ironically, Maria and Colette were on the search for a grimoire, and Yumeko coincidentally mispronounces the grimoire’s name as being the same title as the adult magazine. When two differing objectives converge, Subaru ends up taking the hit for things, releasing the tension from the moment. In both cases, a comedy of errors is used to create a build-up in tension, culminating in a dawning of comprehension that drives much of the humour. This is where This Art Club Has a Problem! excels, although smaller moments from character dynamics, especially Mizuki’s tsundere traits and the resulting misunderstandings, also allow This Art Club Has a Problem! to elicit laughs during quieter moments. This Art Club Has a Problem! demonstrates how universal elements of comedy (namely, dramatic irony, timing and subversion of expectations) can be successfully utilised in anime without becoming stale. In previous years, it was asserted that works driven by meta-humour were better received critically because self-referential humour was intelligent and demanded that viewers think to get the joke. This is untrue: if one needed possess a modicum of background to understand obscure cultural references or self-awareness, a work has failed in delivering comedy. This sort of thing is something that Steven Chow understood: his movies are universally regarded as excellent examples of comedy because they employ methods that are universally appreciated, making use of timing and subversion of expectations to create absurdity. To enjoy a Steven Chow film, one needn’t have a profound knowledge of Chinese culture. Similarly, here in This Art Club Has a Problem!, the anime is able to convey humour effectively because it utilises means that are universally understood. 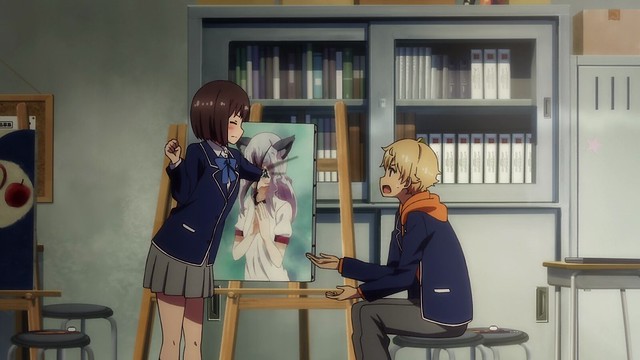 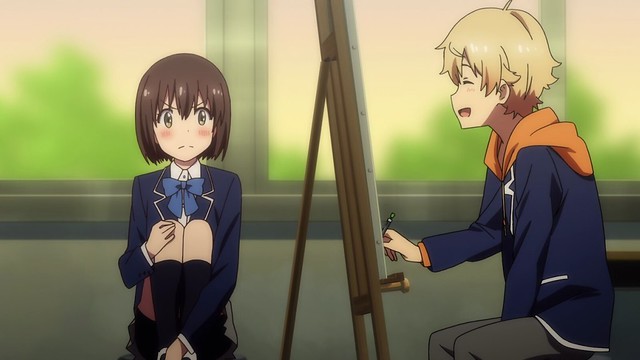 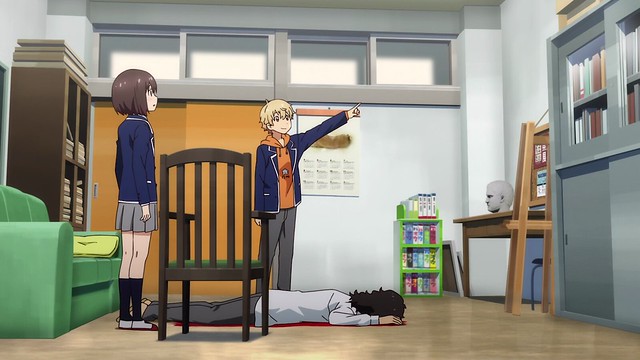 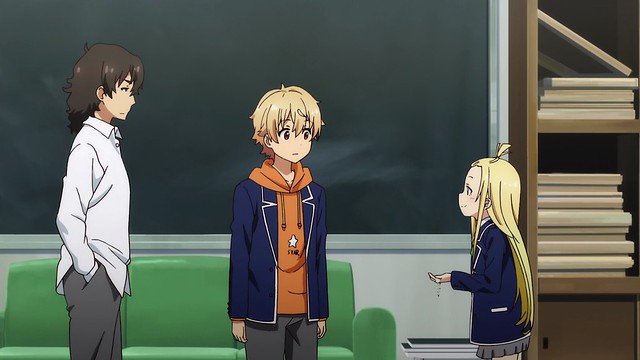 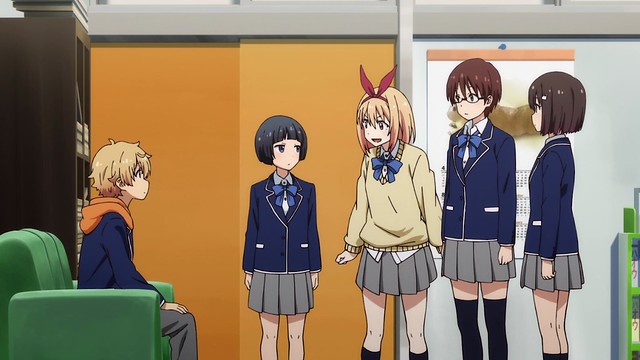 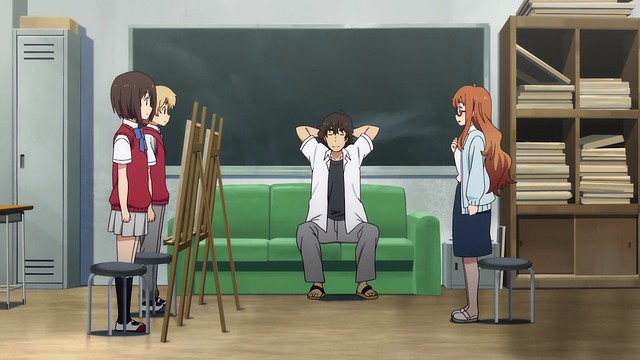 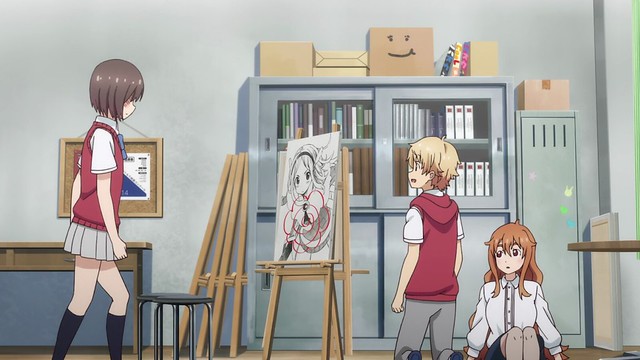 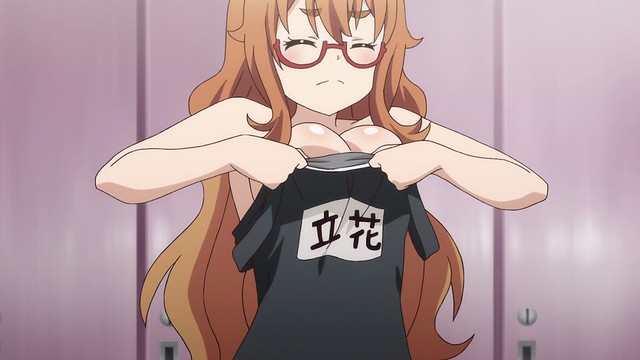 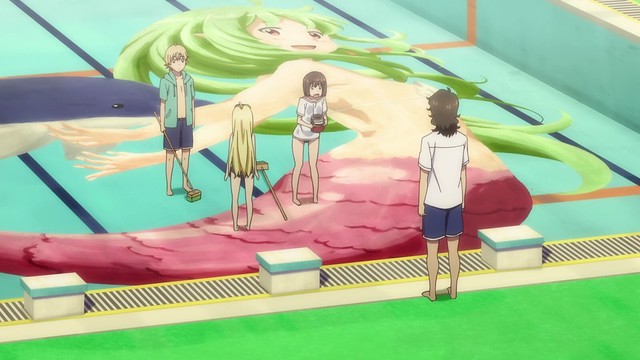 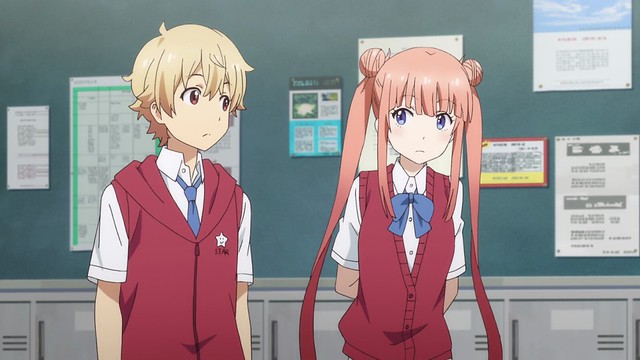 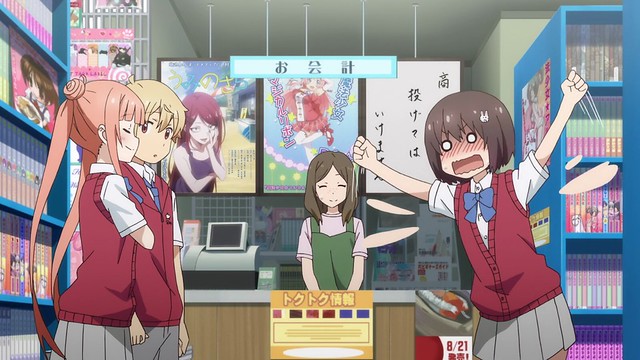 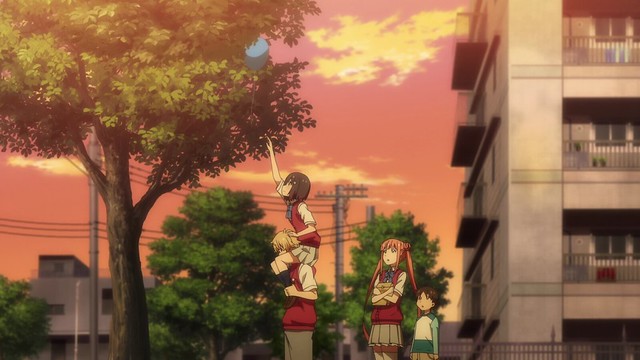 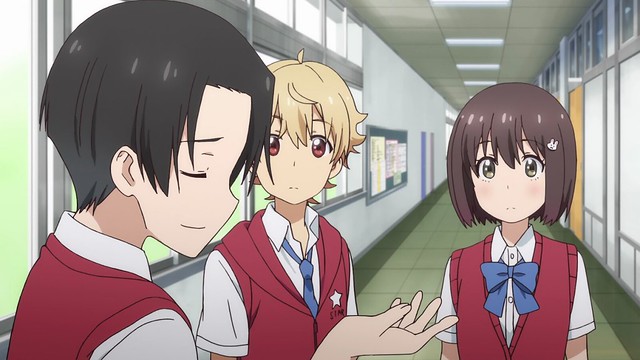 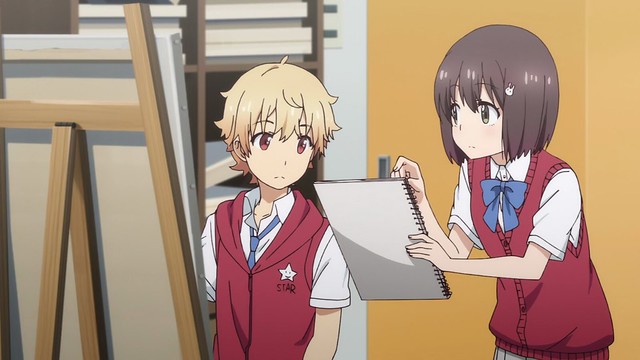 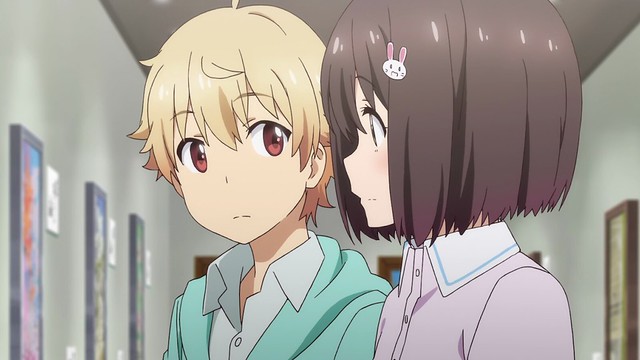 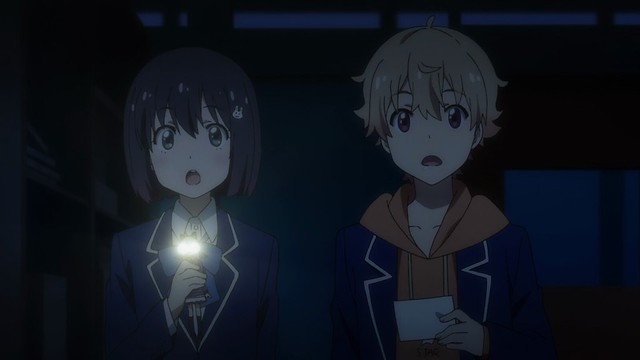 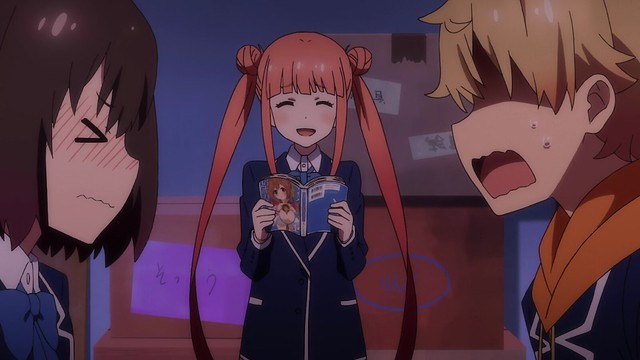 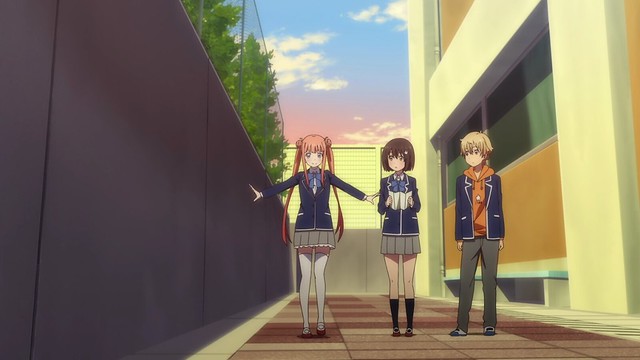 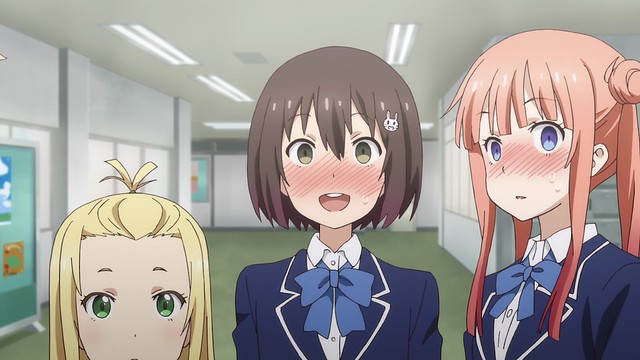 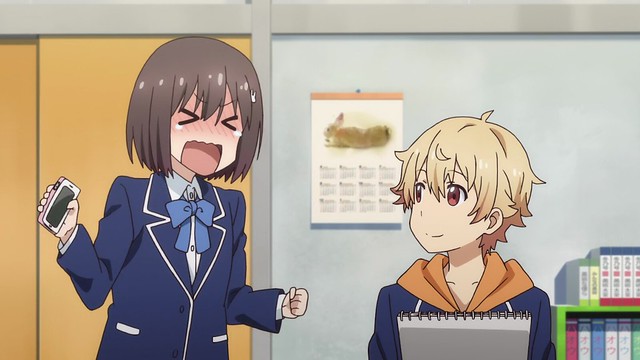 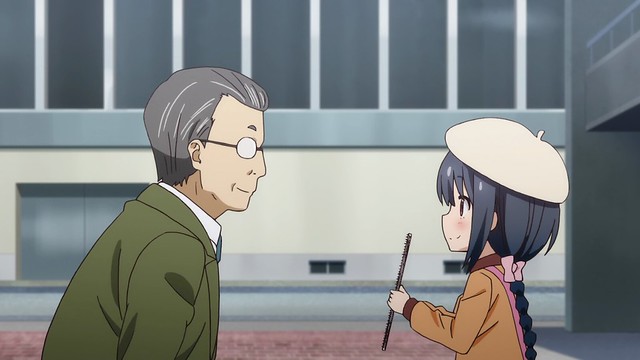 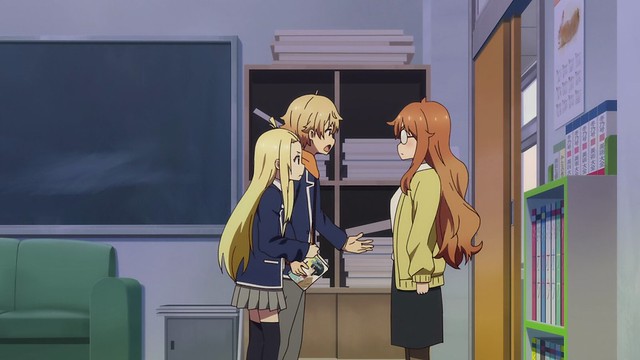 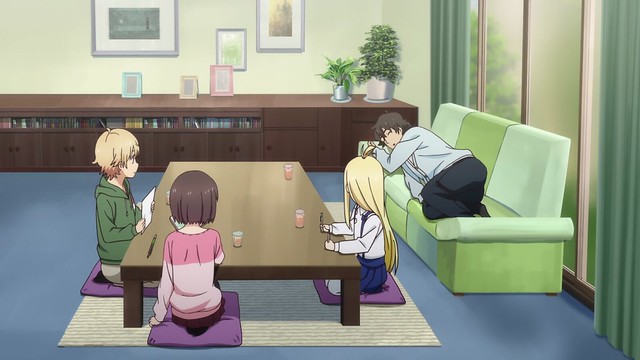 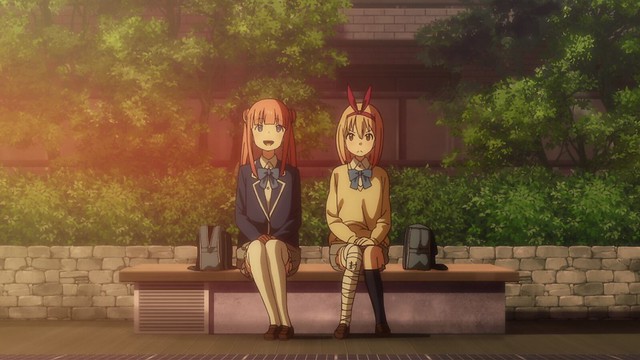 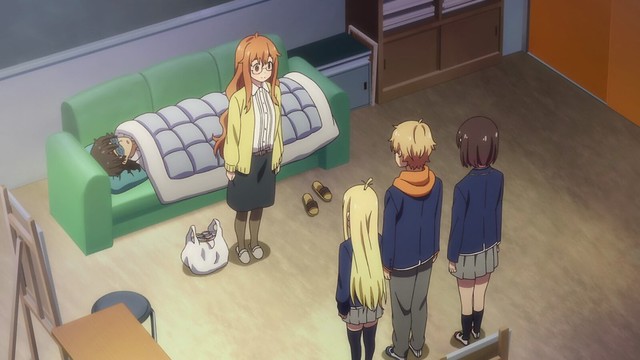 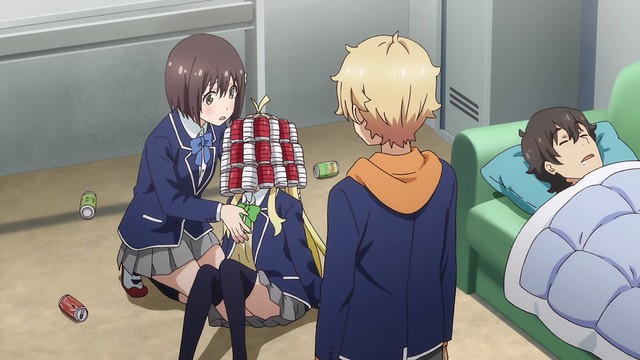 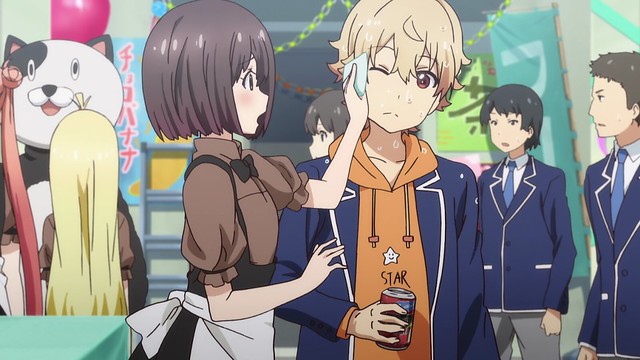 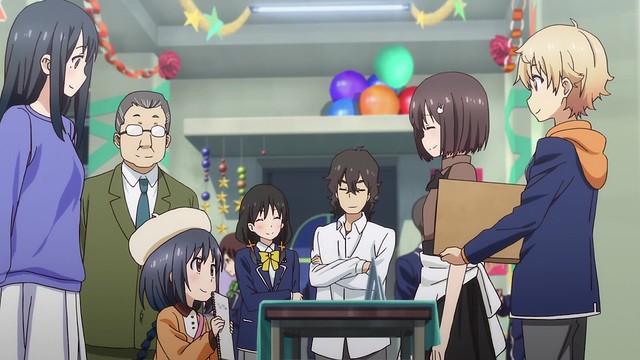 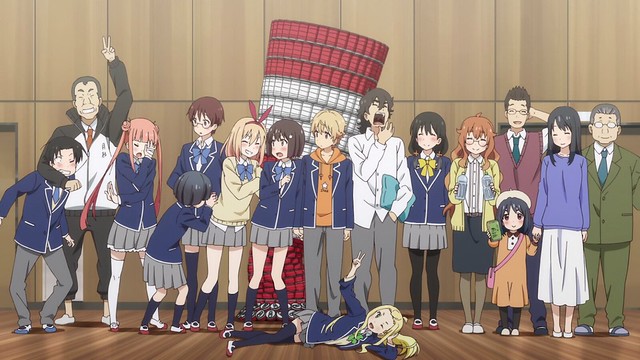 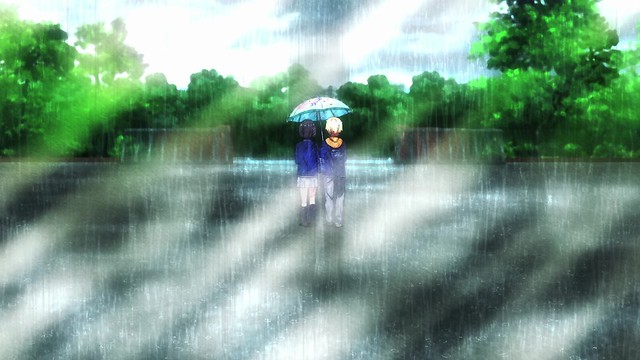