“I’ve often said there is nothing better for the inside of the man, than the outside of the horse.” –Ronald Reagan

When Tracen Academy’s Horse Girls are not training for races, they’re found participating in make-up exams, shooting promotional videos for their school, put on Shakespearean plays, challenge one another to eating competitions and even act as Super Sentai to protect their neighbourhood from nefarious elements – Umayon is a series of shorts featuring Uma Musume Pretty Derby‘s most iconic Horse Girls as they navigate through life in an adorable and amusing manner. With each episode being a mere three minutes long, Umayon provides an insight into the world of Horse Girls and suggests that outside of the emotional intensity and focus that goes into each race, the Horse Girls themselves also exude a spirit of fun and can work as hard as they play. Umayon thus joins the ranks of Azur Lane: Slow Ahead and World Witches: Take Off in providing gentle, light-hearted humour, allowing characters to be invovled in outrageous moments that further accentuate everyone’s traits. Such series are, by definition, intended for fans of the series: they require prior understanding of the world and its characters, so for folks looking to get into Uma Musume Pretty Derby, Umayon is not the optimal route for doing so. Conversely, for viewers who found enjoyment in the original series, Umayon represents a hilarious series that pokes fun at some of the elements in the TV series and also gives the writers a chance to parody other series using elements that are unique to Horse Girls. While oftentimes considered as being frivilous, animated shorts like Umayon are superbly enjoyable because they give writers a chance to explore things that would otherwise not work in a standard series – having BNW go hunting for Rhinoceros Beetles amidst a training camp, surprise one another during the traditional test of courage or, most impressive of all, rig a race with strange parameters that allows Gold Ship to trivially win, would never fly in the original Uma Musume Pretty Derby. However, such antics work well as a series of shorts, offering a gentle parody of some of Uma Musume Pretty Derby‘s more outrageous elements.

Compared to most fans of Uma Musume Pretty Derby, I am a relative newcomer, having picked up and watched the series only last August. As it turns out, horse racing is a popular sport in Japan, and over twenty thousand races are hosted throughout the country on an annual basis. Here in my hometown, horse racing is a newer event: there are a few equestrian tracks around the city, but the first major one is located north of the city and only opened in 2021. Conversely, rodeo is immensely popular here; Calgary hosts the Calgary Stampede, one of the world’s largest rodeo events and possessing history dating back to 1886. Unlike horse racing, rodeo events are rowdier and built around activities that ranchers would have cultivated as a part of their work. Despite the dramatic differences between racing and rodeo, however, both events share some commonalities. Aside from obvious similarities, such as how horses are a key part of both, and that gambling drives much of the interest, the crowds for horse racing and rodeo exude a similar energy, even if the manner in which said energy is conveyed is different. Having lived in Calgary since time immemorial, seeing the spirits around the city and Stampede events being reflected in Uma Musume Pretty Derby is a show of the series’ commitment to convey the atmospherics surrounding horse-driven events. The crowds in Uma Musume Pretty Derby rival those of the Calgary Stampede’s rodeo in both exuberance and vigour. Small details like these are sufficient in creating a convincing, compelling world for Uma Musume Pretty Derby, and while the regular anime excels in conveying the tenour in and around races, being able to see the Horse Girls off the field in a series of shorts greatly enhances one’s appreciation for the characters. 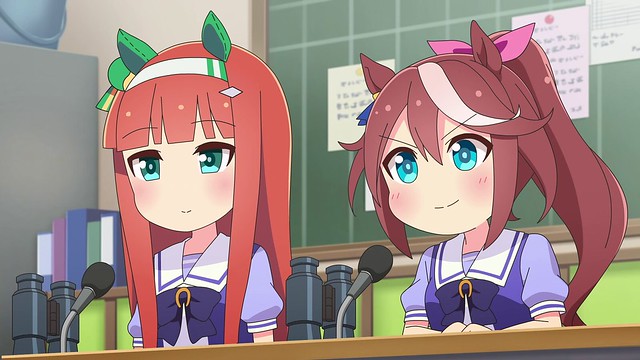 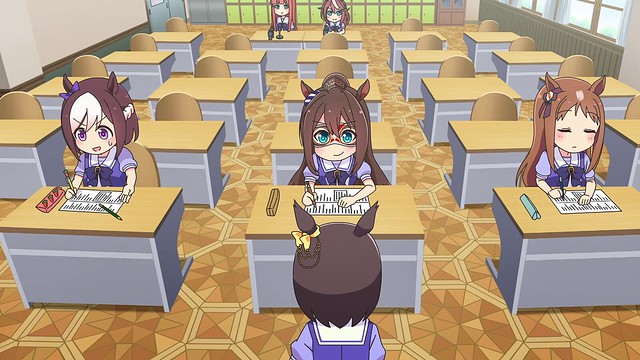 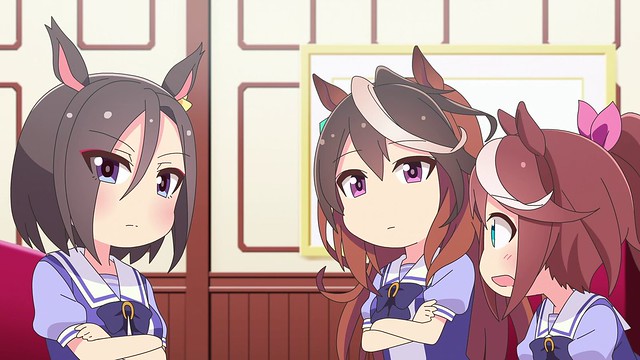 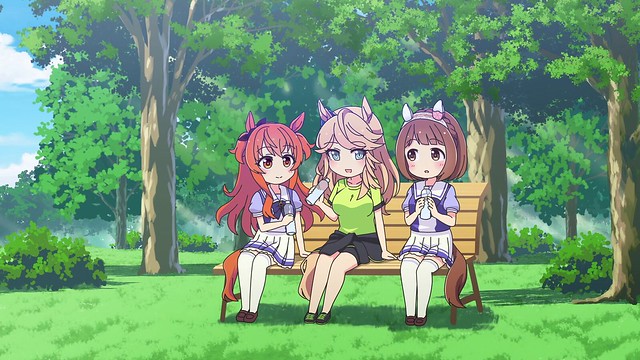 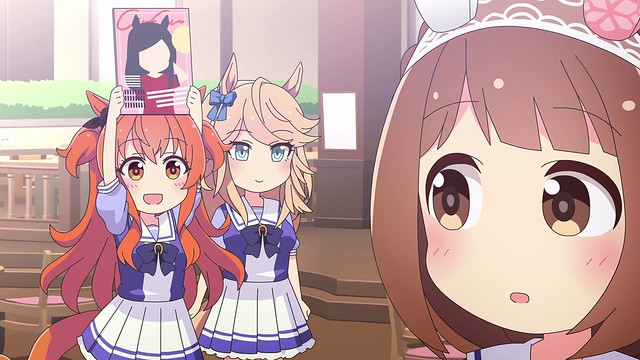 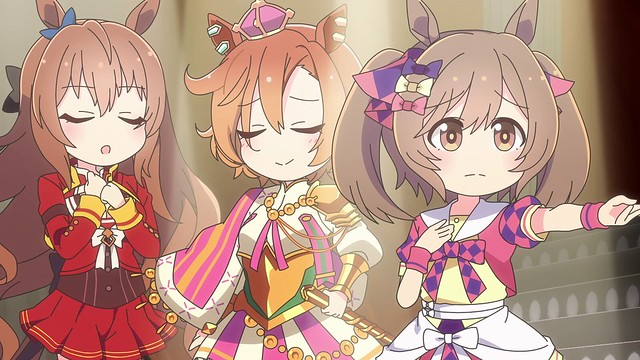 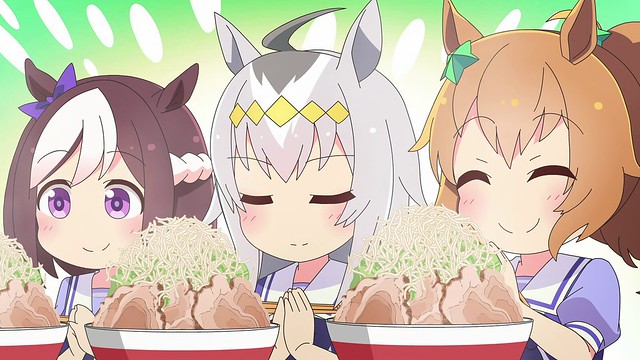 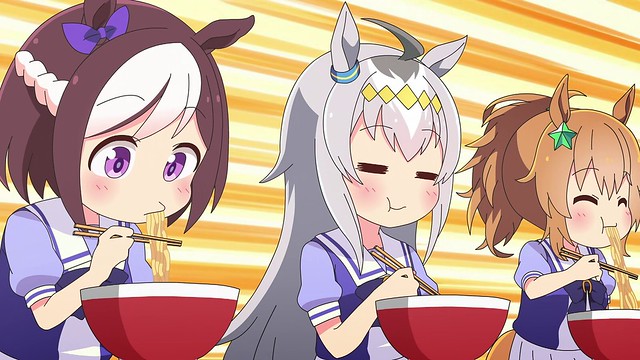 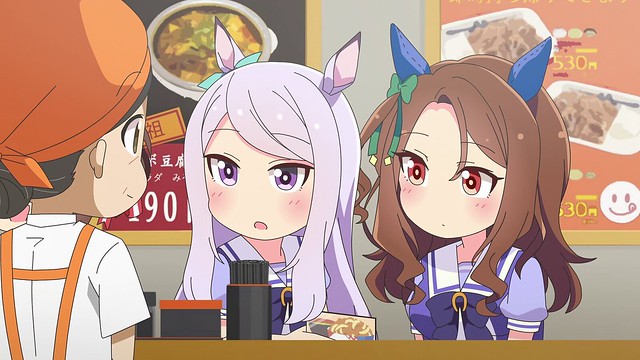 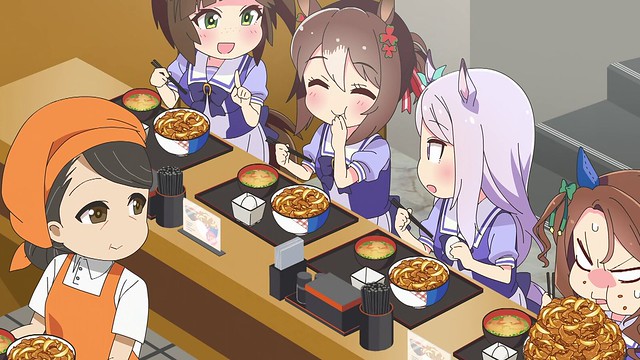 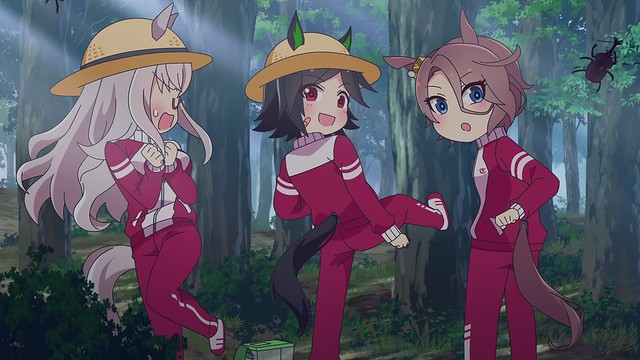 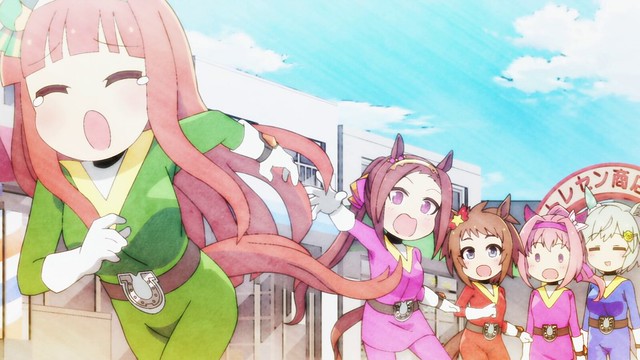 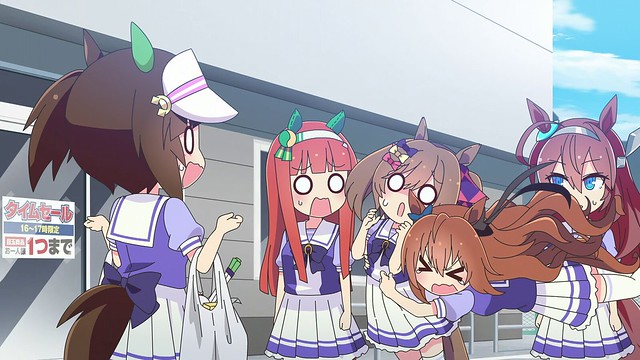 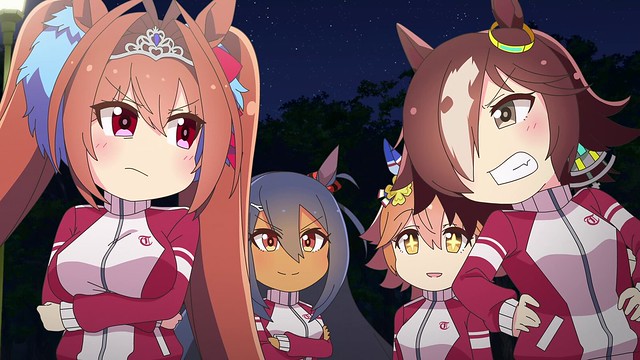 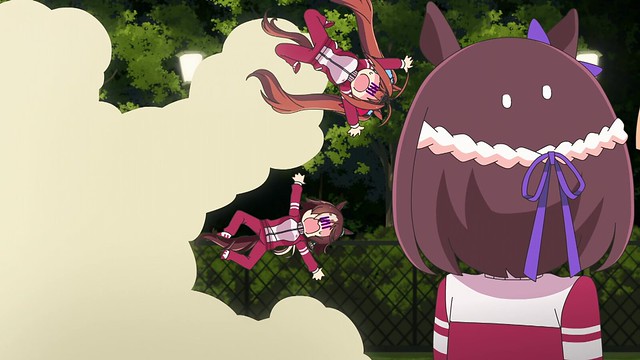 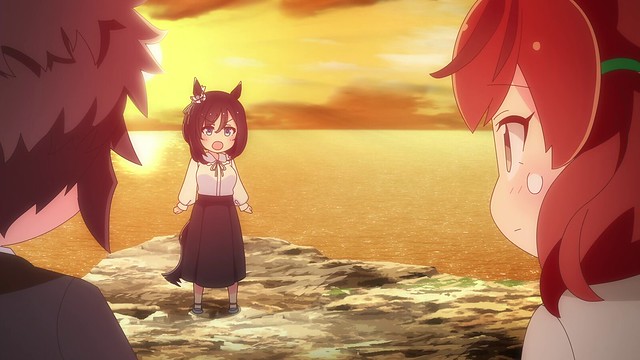 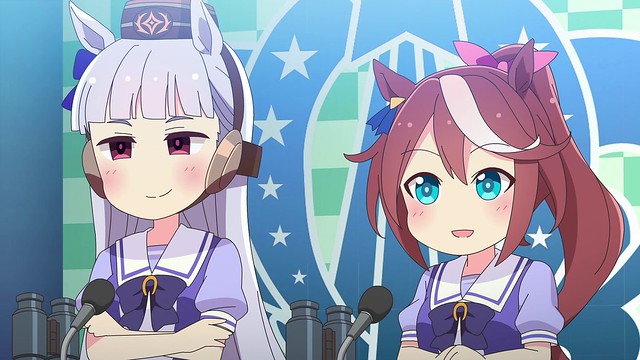 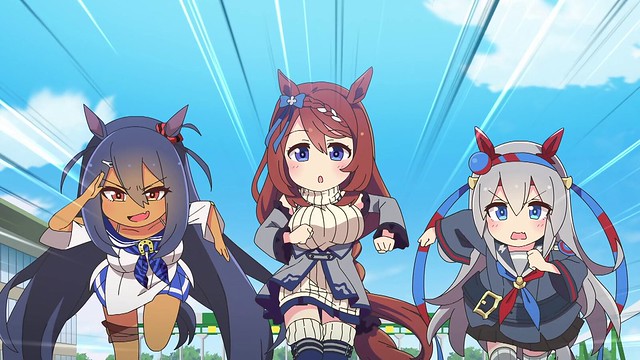 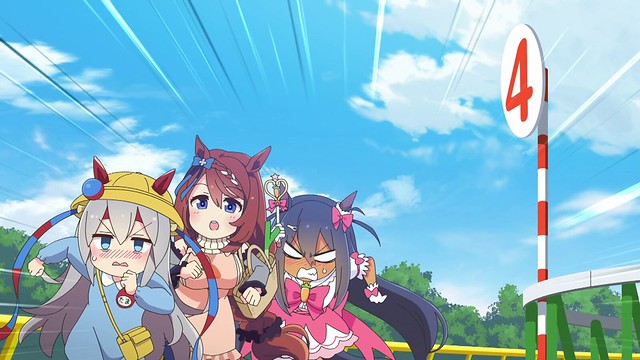 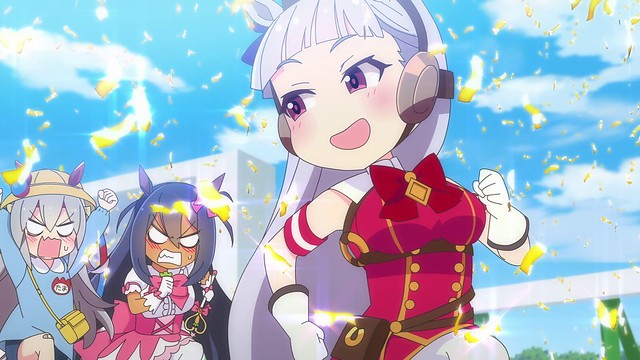 Earlier this year, Uma Musume Pretty Derby fans were pleasantly surprised to learn that a third season will be released somewhere in the future and deal with new Horse Girls, such as T.M. Opera O, Admire Vega, Narita Top Road. However, rather than being released in a traditional format, this third season will be streamed. Moreover, Umayuru was also announced and has a known release date: it will begin airing in Autumn 2022. The fact that Uma Musume Pretty Derby has enjoyed sufficient success as to receive a third season and new series of shorts speaks to the series’ successes – sales of the anime have been uncommonly strong and have even edged out highly successful series, while the mobile game is widely played and quite accessible. Unlike Kantai Collection, which was dependent on Flash Player and required players register through an unwieldly lottery system, Japanese users can simply log into the App Store or Play Store, download the game and find themselves, quite literally, off to the races. With a compelling world, lovable characters and an accessible presentation of horse racing, it is easy to see how Uma Musume Pretty Derby has found success where other series based on games had not; it is rare for anime based on games to be successful because game mechanics do not necessarily translate elegantly into a story. However, Uma Musume Pretty Derby succeeds because it is able to bring out the emotional tenour surrounding each Horse Girls as they strive to be the best racer possible. From Special Week’s desire to become the best and win for her mothers, to Tokai Teio’s admirable efforts in overcoming numerous injuries so she can race alongside Mejiro McQueen, Uma Musume Pretty Derby has, insofar, given viewers plenty to root for and enjoy. A third season will, regardless of its format, be no different, and this would be quite exciting. Until then, viewers do have Umayuru to look forward to, and having seen Umayon, more daily tomfoolery from the Horse Girls is always welcome.