“It was one of those perfect English autumnal days which occur more frequently in memory than in life.” ― P.D. James, A Taste for Death

Kiniro Mosaic, or “Golden Mosaic”, is is an anime that is remarkably similar to GochiUsa; it was a part of the summer 2013 lineup and follows Shinobu Omiya who had a homestay visit in England when she was ten. She spends time living with a British girl named Alice Cartalet, and while Alice initially has trouble getting along with Shinobu due to the language barrier, the two are soon peas in a pod. As Shinobu’s homestay comes to an end, Alice hopes that she will one day come to Japan. In the present day, Shinobu receives a letter from Alice that allegedly states that she is coming to Japan; it turns out that Alice has transferred to Shinobu’s school, thus beginning yet another slice-of-life comedy based off a four-panel manga. The first episode is largely a flashback and comes with letterboxing to indicate thus, and the story it tells is one of nostalgia, of how two friends first met. 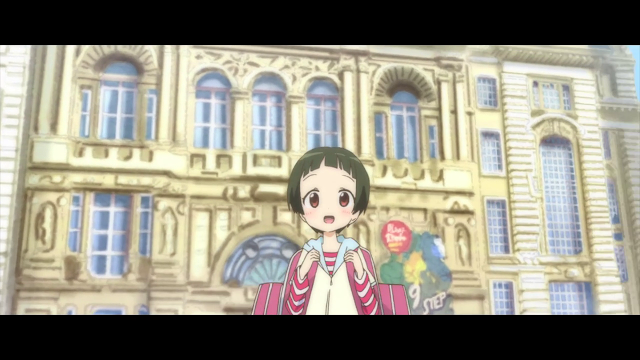 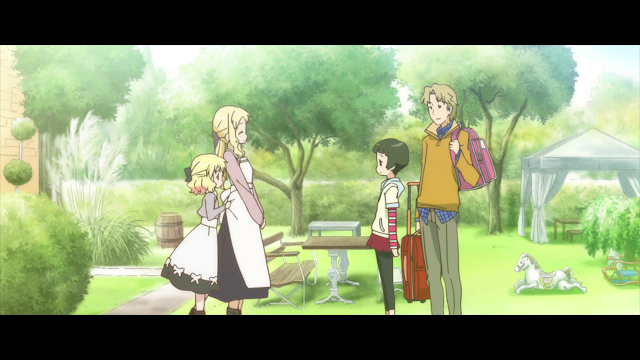 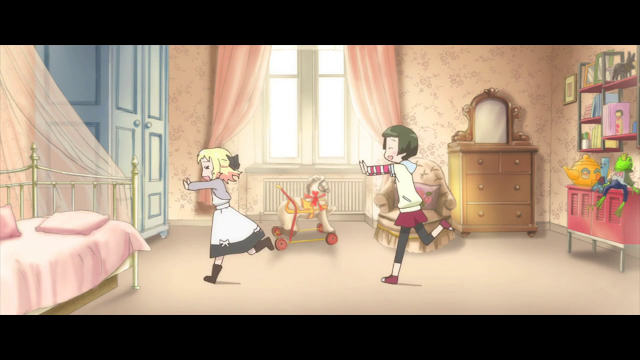 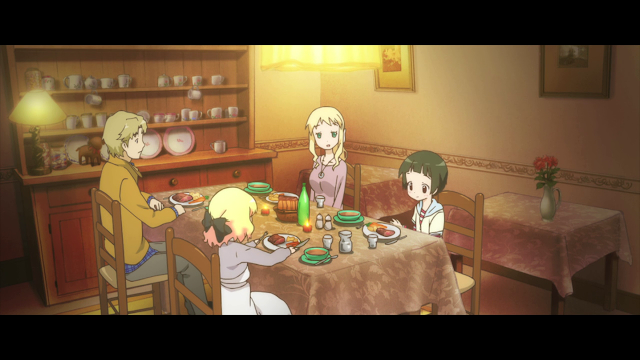 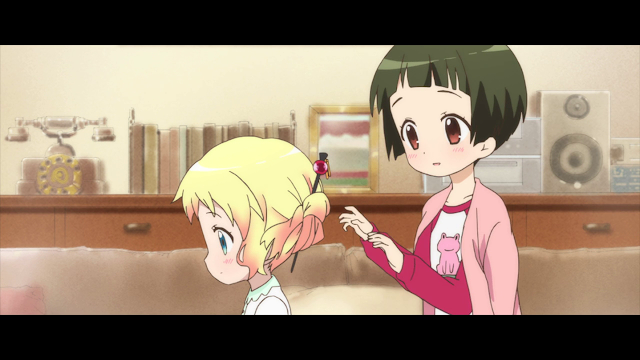 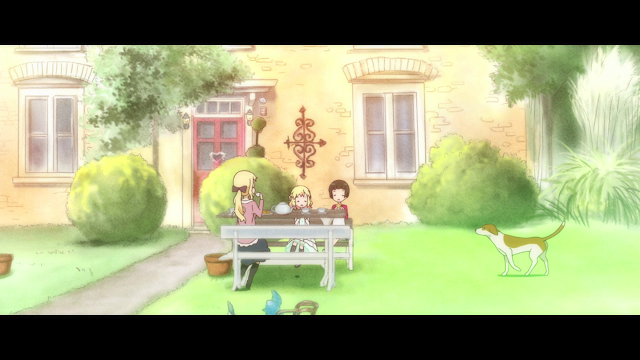 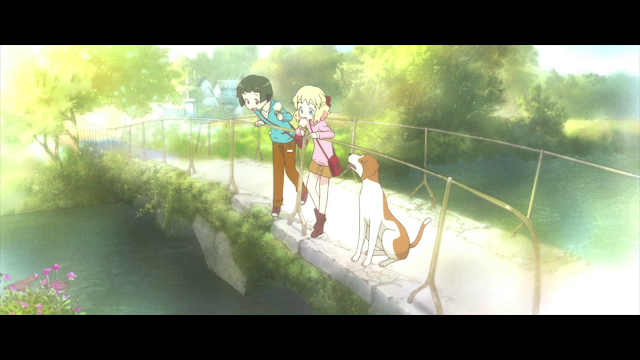 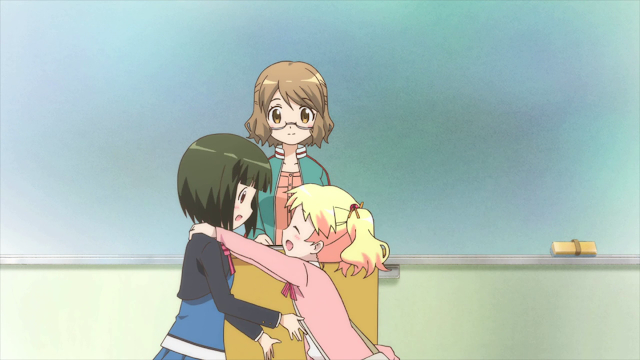 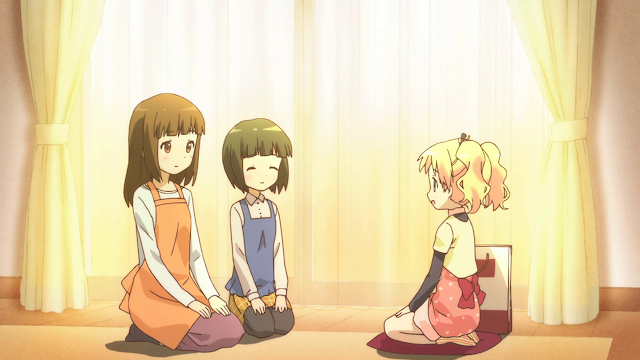 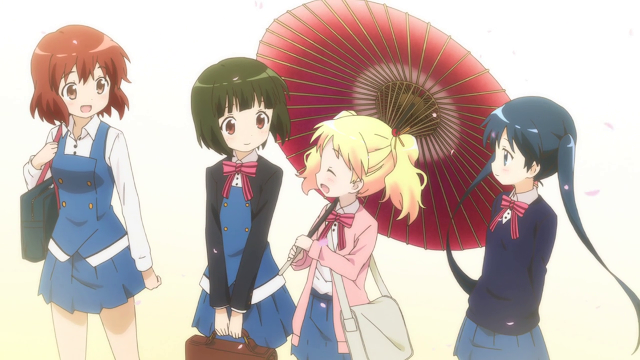 Kiniro Mosaic is the latest slice-of-life to grace my library, and the first episode stands out for being set completely in rural England with Alice’s family. In keeping with the atmosphere, the British characters communicate in English to give the audience the impression that Shinobu is staying somewhere completely foreign. Compared to the K-On! Movie, where the characters’ interactions overrode any sense of foreignness, Shinobu has completely embraced English culture, illustrating how much of an impact the homestay program had on her. It’s quite rare for anime to do so, but this is quite welcoming, and with the first episode finished, the setting returns to Japan to explore what happens once Alice arrives.