10 Comments Posted by infinitezenith on November 8, 2014

“But not everybody is loved by somebody.” – Midori

The last time this blog hosted a talk about Tamako Market was more than a year-and-a-half ago, during which I noted that the series was slowly paced, being meant to showcase the kind of community present in Usagiyama Shōtengai, one that is diverse and close to one another. When Dera arrives and Tamako might be whisked away to be the princess of some distant country, Usagiyama’s reaction is naturally one of concern. Similarly, Tamako herself had grown up in this district and cannot imagine life elsewhere, leading to a bit of internal conflict. When the movie was announced and slated to be a love story, more than a few heads were turned: during Tamako Market‘s original run, the plot line emphasised Dera, Mechya and the southern islanders. Any signs of romance were only hinted at, and Mochizou never had a chance to properly speak to Tamako about his feelings. Thus, when the TV series ended, disappointment reigned. Tamako Market had been stymied by its wish to develop two stories within a twelve episode anime, and as such, was not able to satisfactorily explore either in detail. The movie, Tamako Love Story, aims to rectify this: as Tamako, Mochizou, Midori, Kanna and Shiori near the end of their high school careers, they must each pursue their own future. The movie’s central conflict is Mochizou’s aspirations to become a filmmaker, and in order to do so, he must leave for Tokyo. In doing so, he will be leaving Tamako behind, and thus, he struggles to find the courage and make his feelings known to her. Throughout the movie, the bonds between Mochizou and Tamako are reinforced by means of flashbacks, which show the two as being there for one another as long as they’ve been children, offering each other emotional support wherever things looked difficult. Mochizou thus realises that “the person just for him” is Tamako: no one else understands him in quite the same way.

Following Mochizou’s love confession to Tamako, the latter’s world goes into a nose-dive. Consistent with Tamako’s personality, Mochizou’s confession is a preoccupation that distracts her. She does not know how to respond and tries avoiding the matter, but after encouragement from Midori and Kanna, manages to catch up with Mochizou as he sets out to write an entrance exam and respond to his feelings, showing that she reciprocates them. The sort of confusion and chaos, the internal conflicts that afflict Mochizou and Tamako are fluidly woven into them; their emotions are nothing unreasonable and are consistent with Mochizou and Tamako’s respective personalities. The journey it took to reach a point where Mochizou and Tamako come to terms with their feelings for one another was well-fleshed out: most anime typically does this sort of thing over the span of minutes, but Tamako Love Story lengthens this. Though this might be seen as “second tier”, one must consider that love stories in real life can occupy any length of time, being resolved in as little as minutes or taking months (or even years). Tamako Love Story chooses to go with a slower route, allowing characters to comprehend their feelings and make their next decision; this take on a love story is natural and rewarding to see. We note that the diversity of styles in love stories are so incredibly diverse that it is a fool’s errand to judge which styles are better: some left the movie feeling shafted, thinking that Tamako Love Story have shown Tamako and Mochizou together at the end. Generally speaking, the latter is not necessary: love stories can be open-ended and remain satisfying to watch, and the main element in Tamako Love Story is about getting to this first step, rather than how Tamako and Mochizou’s relationship subsequently progresses. It is sufficient to know that they reciprocate feelings for one another because, as noted earlier, they have known each other for many years and therefore will understand each other well enough to pursue a meaningful relationship. Tamako Love Story set out to explore the events that would happen following Mochizou’s confession to Tamako; by far and large, they have succeeded in delivering a concise, touching story.

Besides the love story aspect of Tamako Love Story, the future beyond high school is also touched upon. The transition between high school and what follows, whether it be post-secondary education, apprenticeship or work is a major point in people’s lives, where individuals (hopefully) join society as productive members. However, making this transition is quite challenging in and of itself. As such, anime choose to illustrate the final years of secondary education as a point where individuals discover a path they wish to follow, and that these paths may lead individuals to diverge. There is a bit of melancholy in Tamako Love Story as Midori and Kanna set out on their separate paths following high school. However, the girls decide to leave on a high note and participate in a Baton competition. While the results aren’t known, it is clear that to perform with one another one final time before their high school career closes will produce memories to cherish, and that counts for something. All in all, Tamako Love Story provides a satisfying continuation and conclusion to the Tamako Market series, answering questions about Mochizou and Tamako’s relationship that have dogged audiences since last April. This story is packaged together with animation quality that is characteristic of Kyoto Animation, and while prior knowledge of Tamako Market would help with comprehension (mainly pertaining to Dera, Choi and Mechya), the story is sufficiently self-contained so that the movie can be enjoyed on its own even if one has not seen the TV series yet. 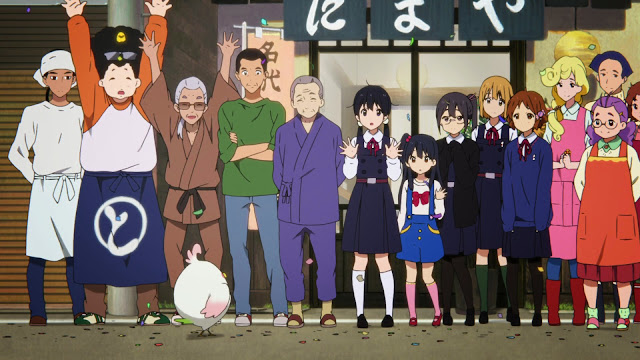 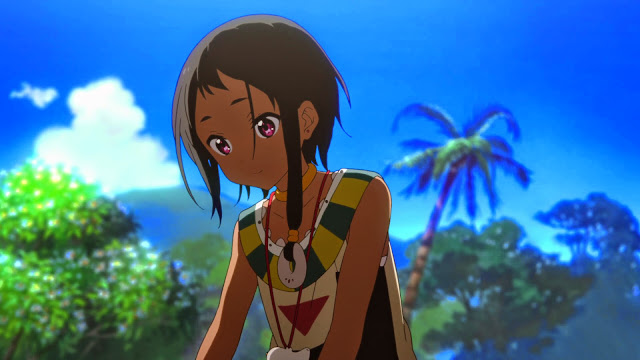 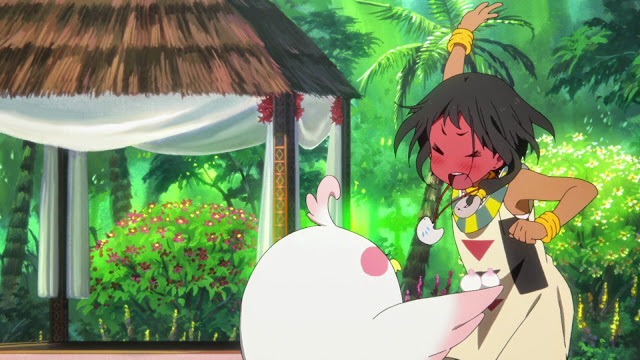 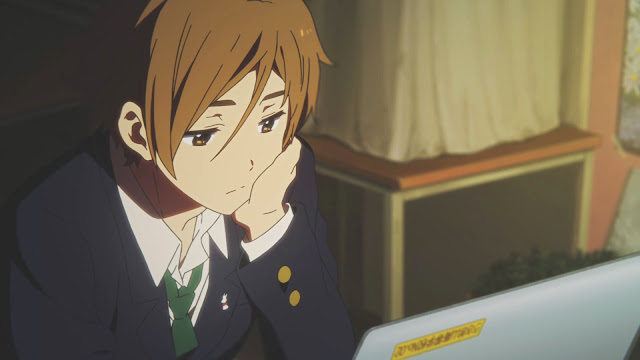 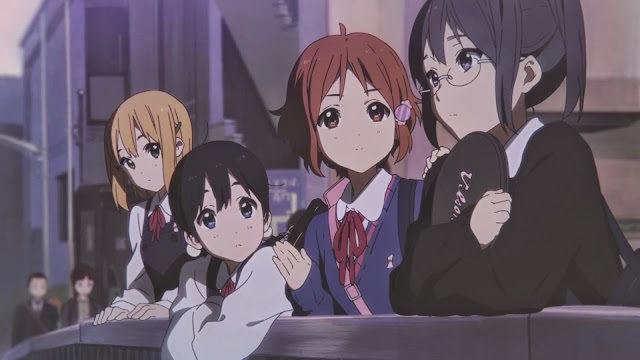 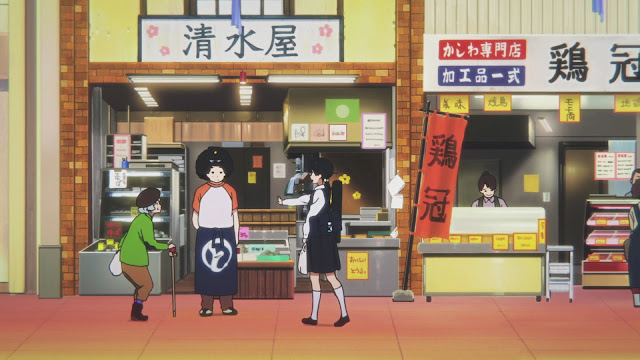 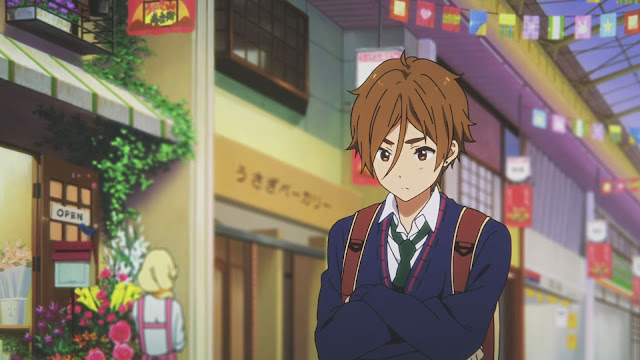 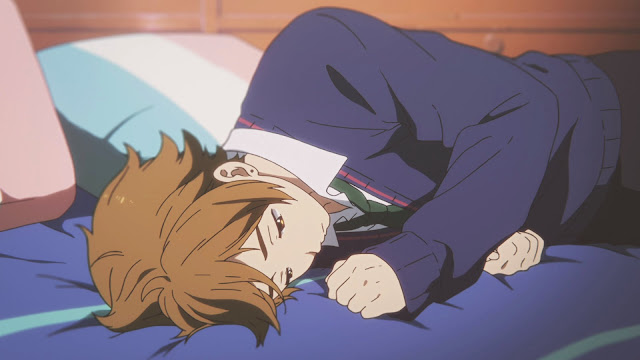 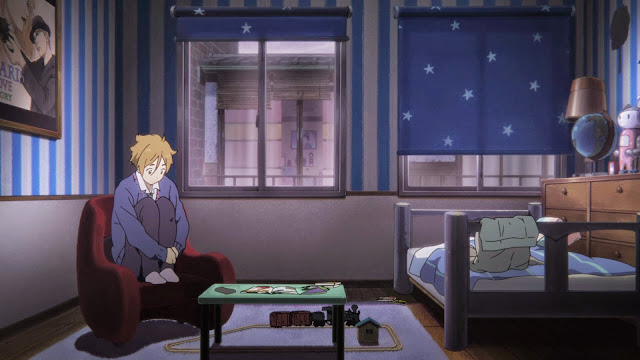 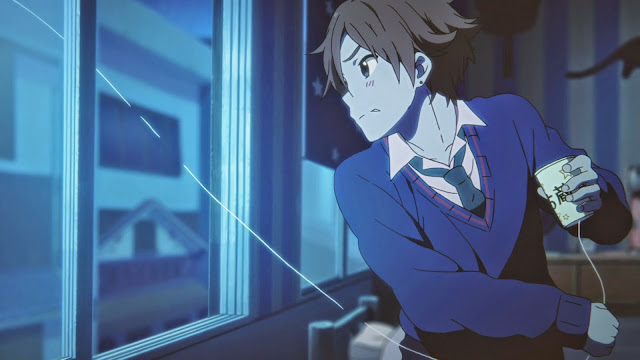 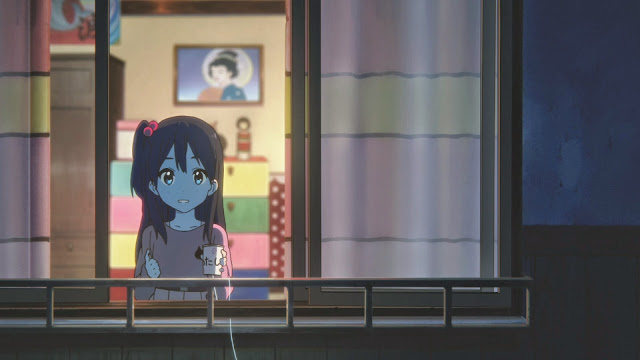 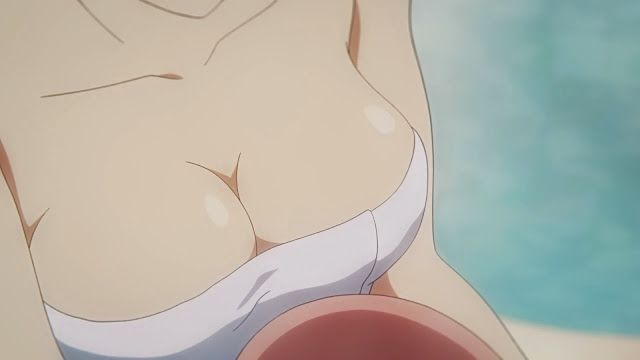 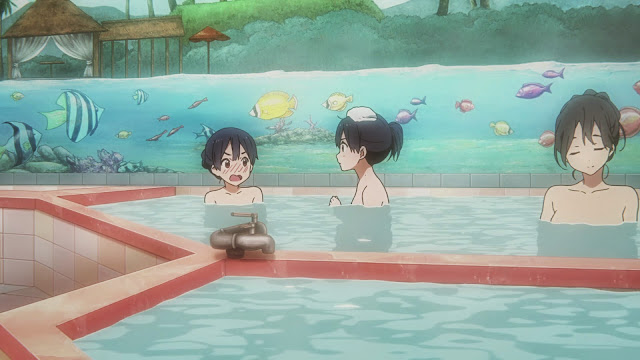 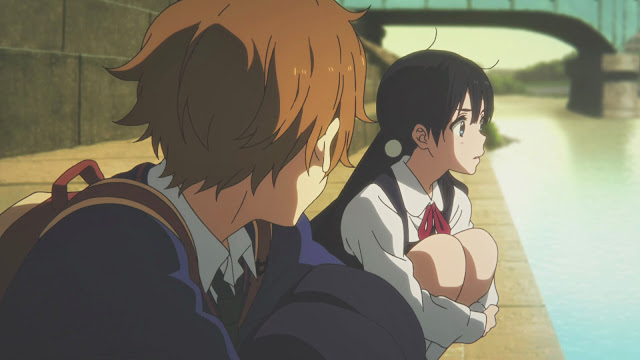 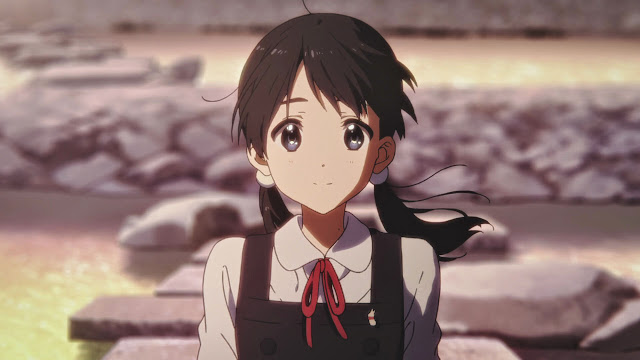 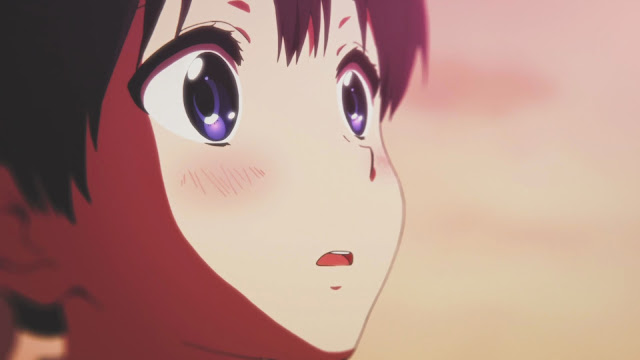 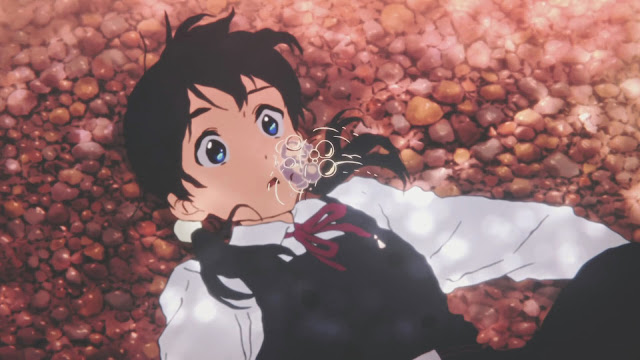 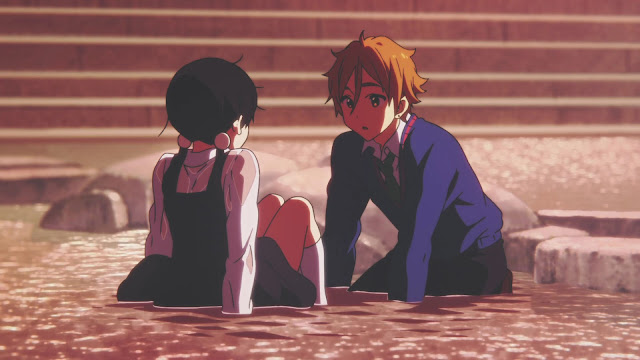 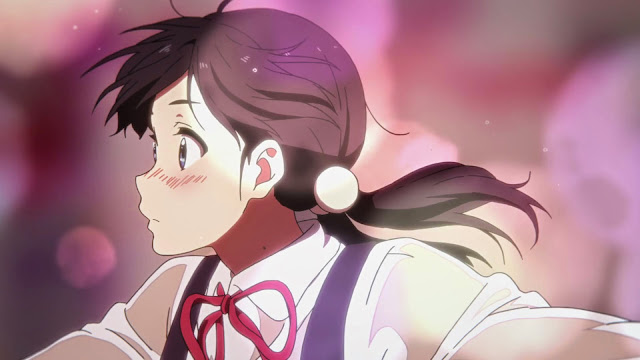 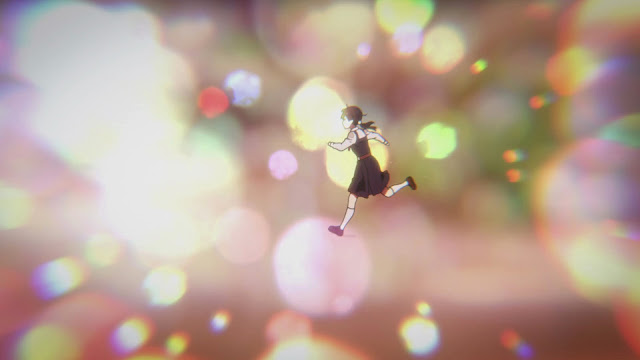 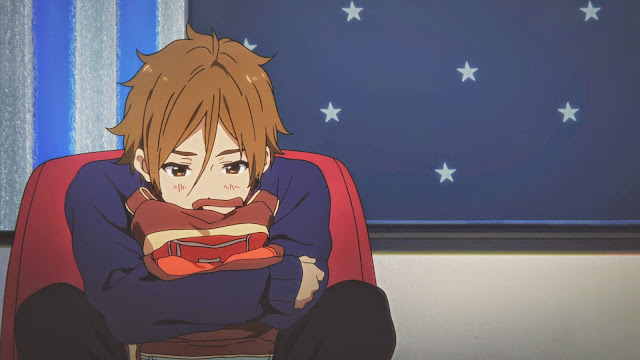 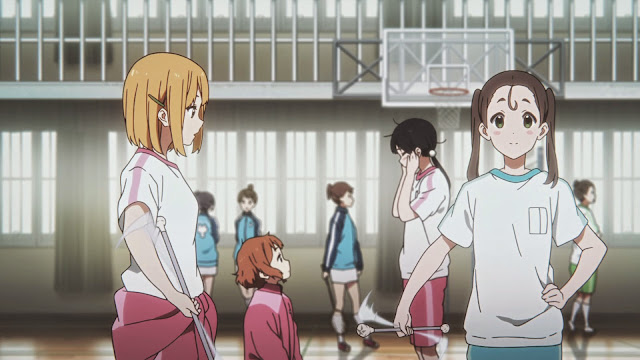 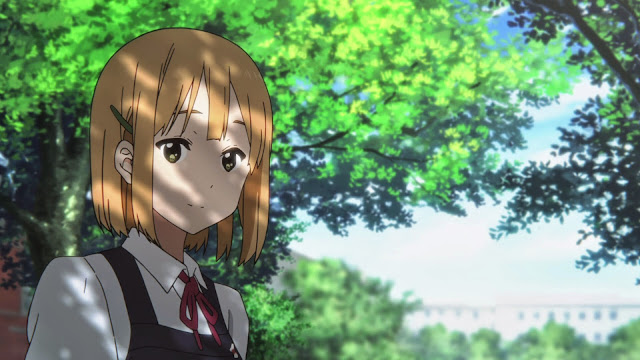 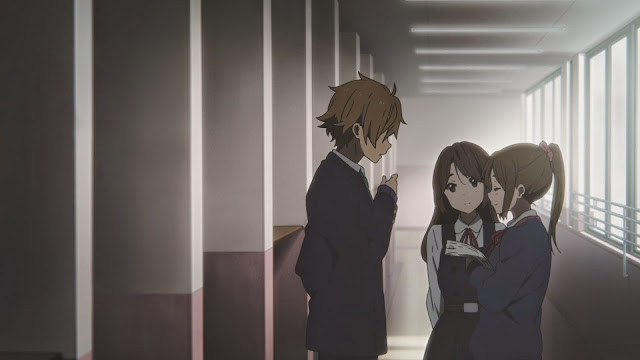 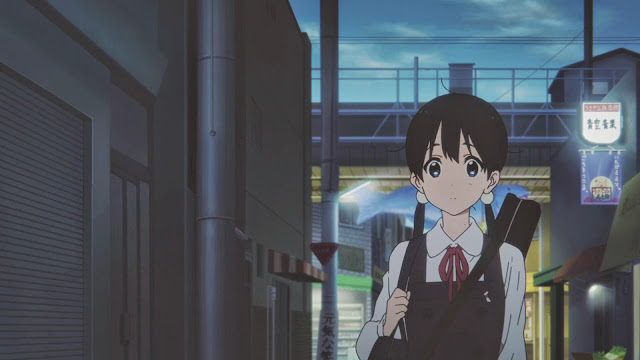 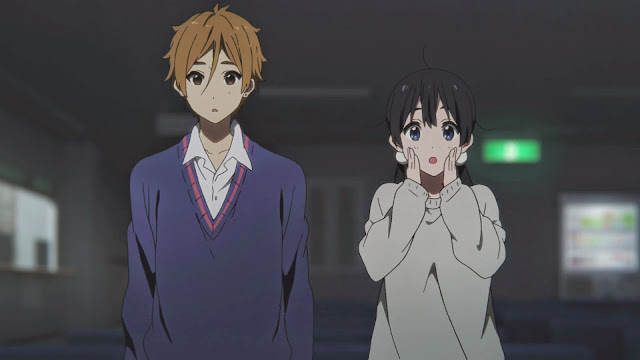 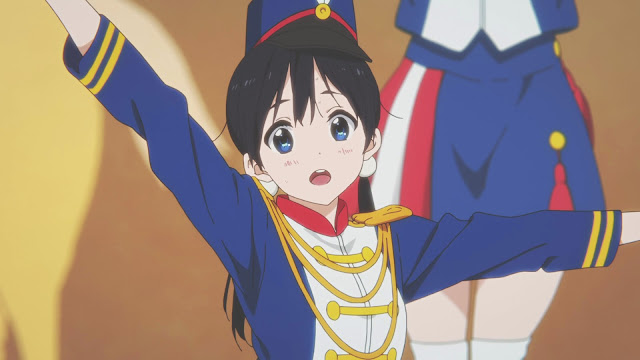 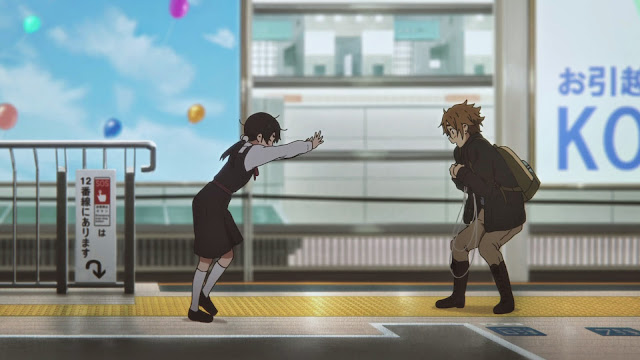 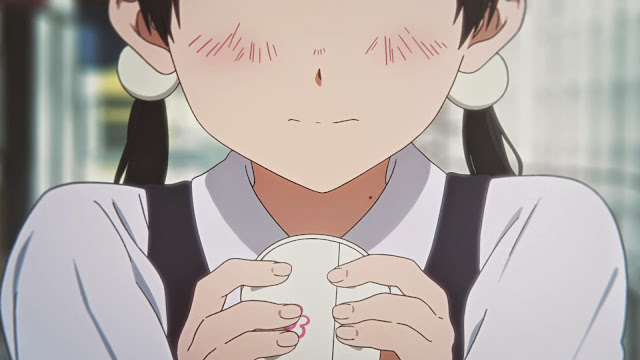 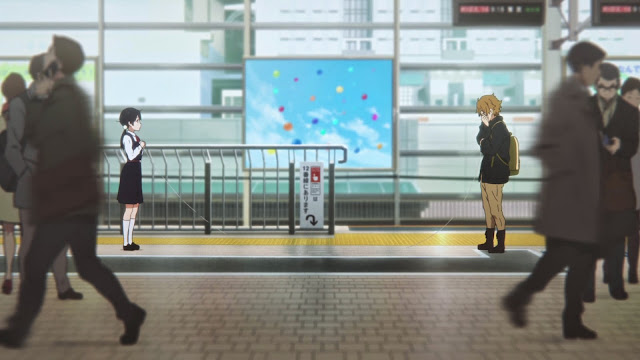 Quite personally, I enjoyed Tamako Market for its eccentricities when it came out back during Winter 2013; I had picked the anime up because it seemed to be a light-hearted slice-of-life that would be well-suited for a busy university student. Enjoyable in its own right, but not particularly memorable, Tamako Market had fallen to the back of my mind by the time the movie was announced in December 2013. Now that the movie’s done and watched, it’s time for some speculation, and with due respect, Tamako Love Story closes off the series in a satisfactory manner, such that there are no loose ends. As it stands, Tamako Market is done for good, and it would not be unreasonable to expect that no further continuations of this series will be made, so it’s time to close the books on what is a familiar, but not unwelcome addition to Kyoto Animation’s repertoire.