As promised, here is a presentation about the Tomislav, an over-sized, heavily modified Thompson submachine gun with two handles, an ammo drum connected to its underside, and a carrying sling hanging from the drum to the hand-guard. The weapon sports a 40% faster spin-up time and has no spin-up sound besides a quiet jingling sound as the weapon is lowered, making it ideal for ambushing opponents. However, this comes at the cost of a 20% reduction in firing speed, lowering damage per second. 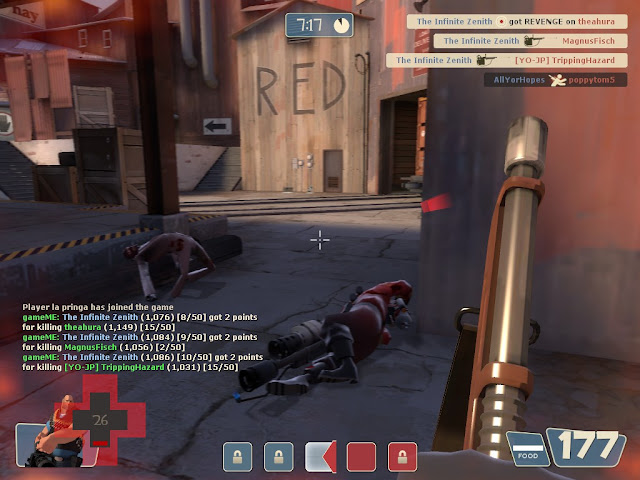 The Tomislav theoretically is the weakest of the heavy’s primary weapons owing to its reduced rate of fire. However, in practise, it is easily the most powerful, beating out the other weapons in versatility when wielded correctly. This is primarily because of the reduced spin-up time, allowing a vigilant wielder to easily get the first shot off to damage an opponent. Furthermore, the lack of a spin-up sound allows a heavy to camp around a corner and ambush unsuspecting enemies. This combination allows the Tomislav to get the first shot off, often on a short notice, without being noticed, making it a highly viable weapon for most situations, except perhaps an enemy Heavy wielding a conventional mini-gun. 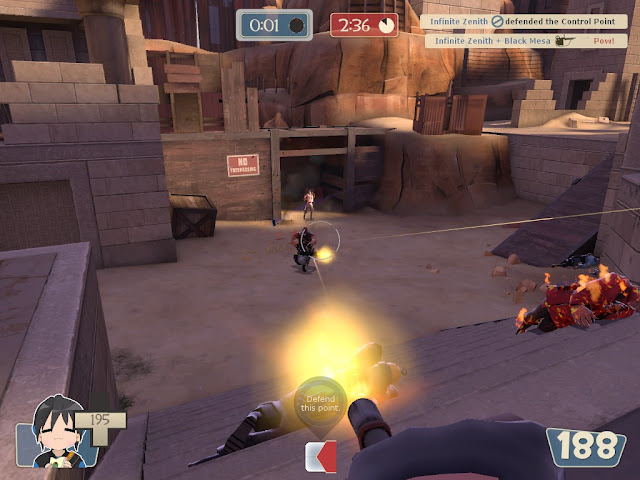 The superior speed offered by the Tomislav gives it the power to decimate entire enemy positions, allowing one’s team to rapidly capture objectives or overcome a choke point; in past experience, the Tomislav is probably the best of the Heavy’s primary weapons. A skilled Heavy with a Tomislav and a sandvich is nigh-invincible, being able to turn the tides of a battle independently. Because of a Heavy’s inherent survivability, teams facing a Heavy would be advised to rush him, or else request firepower from a sniper or spy, both of which can kill even an overhealed Heavy in a single shot.

Released during the Australian 2011 Christmas Update, the Phlogistinator is a primary weapon for the pyro. It appears as a retro-futuristic ray gun and fire energy waves that function identically to the standard flamethrower. Unlike the standard flamethrower, it lacks the compression blast. Instead, all fire damage dealt charge the mmmph meter. When this is filled (around 221 points of fire damage), the Pyro can unleash a taunt that restores all his health and guarantees critical hits from the flame-thrower for a ten second duration. 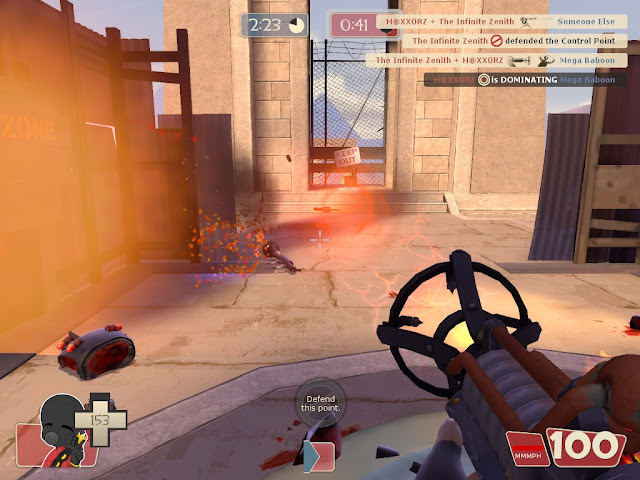 In combat situations, a pyro equipped with the Phlogistinator should pair it with the Manmelter, which can put out fires on burning team mates. In general, the Phlogistinator can be wielded as a standard flamethrower offensively (the same tactics of strafing and jumping around opponents holds, as well as performing spy-checks with quick bursts). However, the lack of a compression blast prevents the Phlogistinator from being useful as a defensive tool. 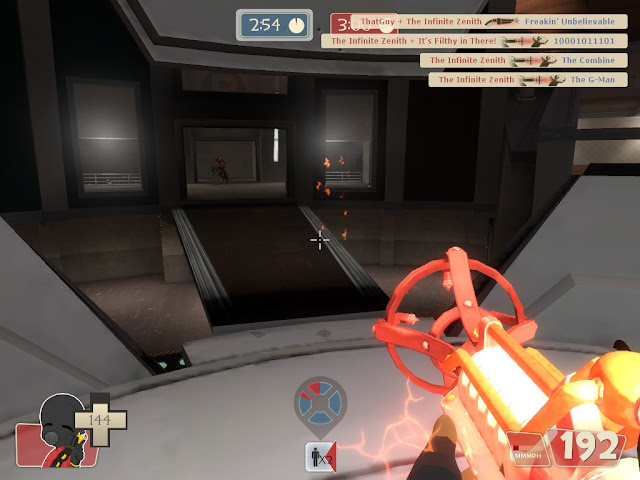 The mmmph meter can be thought of as a limit break: once it is charged, a player can access a powerful taunt that restores your health and ensures critical hits. While taunting, the wielder is granted a 90 percent damage resistance. These attributes make the mmmph an immensely useful tool for smashing through another team’s ranks: skilled pyros can clear out an entire objective area on their own using this mode if the conditions are correct, such as preventing an opposing team from capturing a point or pushing the cart. The offensive power of a charged Phlogistinator is most effectively countered by the ÜberCharge: while an ÜberCharge only lasts eight seconds, the time it buys in blocking damage may be sufficient to save a team from annihilation.

The Kritzkrieg is superficially similar to the Medi-gun in basic function, rapidly restoring the health of a friendly player and overhealing them to 150% of their base health. However, the Kritzkrieg has one fundamental difference from the basic Medi-gun with respect to the function of its ÜberCharge: instead of granting invincibility, it ensures that a weapon will deal critical damage while the ÜberCharge is active. Furthermore, the Kritzkrieg’s ÜberCharge bar fills 25% faster than that of the Medi-gun, and a taunt with the Kritzkrieg restores 11 health through the Oktoberfest taunt. 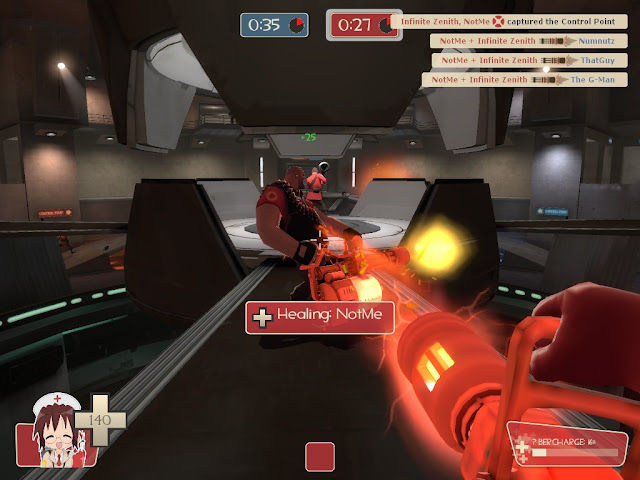 Whereas the Medi-gun is useful for offensive pushes (especially against positions defended by sentries), the Kritzkrieg allows a skilled recipient to decimate enemy groups with relative ease. The most suited classes for recieving a critical boost are the Soldier, the Demoman, and the Heavy, as their weapons allow massive damage to be dealt over a large area. The firepower from an ÜberCharged player can be used to efficiently clear an objective, but recal that critical shots do not affect sentries. Furthermore, a critical weapon remains useless against an enemy under the effects of a standard ÜberCharge. To counteract this, capitalise on the faster charge time of a Kritzkrieg ÜberCharge and strike the enemy before they have the opportunity to deploy their ÜberCharge.

This is my first post about Team Fortress 2, and as such, leaves a lot to the imagination as to what I might discuss here. I’ll cut straight to the chase and say that my ‘tips’ will largely concern weapons choice and what I’ve found to be the most effective means of wielding that particular weapon is. Today, we’ll begin with discussion of the Machina Sniper Rifle, a sleek, futuristic rifle modelled after the Longsword 202 ERASER from Deus Ex: Human Revolution. It was distributed as a promotional item in genuine quality to anyone who preordered Deus Ex, although it can be crafted and acquired through the drop system. 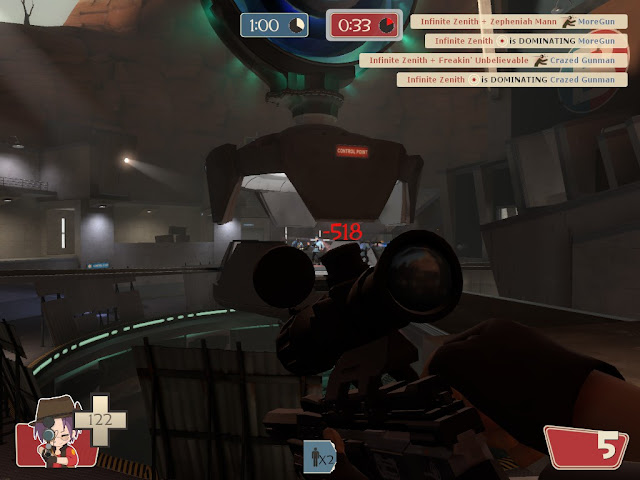 The unique attributes of the Machina make it most useful as a long range defensive weapon in games like KOTH, Control Points and when defending against another team in Payload. This arises from the fact that a fully charged round from the Machina will pierce and eliminate multiple enemies. Thus, if a group of people are clustered together, a single shot is likely all that is needed to defend an objective. 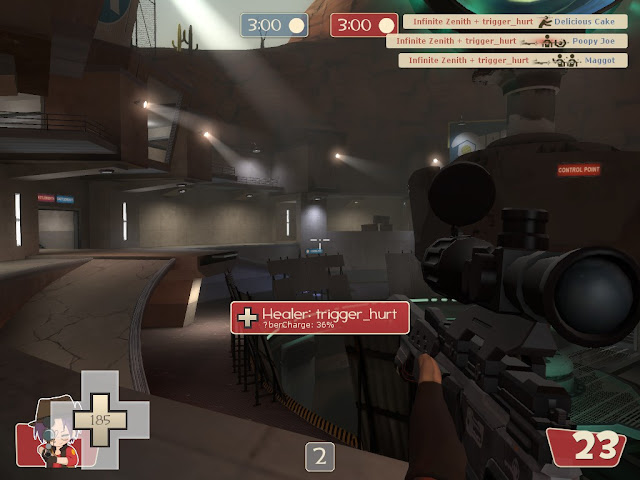 The main drawback to the Machina is that it fires tracer rounds that give away a sniper’s position to the enemy, and cannot fire while unscoped. As countermeasures, a sniper wielding a Machina should have several sniping locations in mind, and wield the SMG as a close-quarters weapon.