Yūki Yūna is a Hero Churutto!: Whole-Series Review and Reflection

“When we appreciate how much we have, we feel the urge to pare down, get back to basics, and learn what is essential for our happiness. We long to realize what’s really important.” –Sarah Ban Breathnach

When Heroes from across several generations are summoned to attend Sanshū Middle School, Fū realises that the Hero Club lacks an udon dish. Heroes of different eras attempt at working out what makes the ideal udon, but despite their initial efforts, are unable to create a single dish that captures the Heroes’ essence. Undeterred, the Heroes decide to keep trying and enjoy the process. This is Yūki Yūna is a Hero: Churutto!, a spin-off series of shorts based off the 4-koma, Yūki Yūna is a Hero: Bouquet of Brilliance. In contrast with the serious nature of the original Yūki Yūna is a Hero, Yūki Yūna is a Hero: Churutto! (Churutto! from here on out for brevity) is a cheerful and light-hearted set of side adventures that are only tangentially related to the original story, giving familiar characters a chance to bounce off one another in a zero-stakes setting where the only objective is to devise and cook up a winning bowl of udon: the chibi art style emphasises that nothing of note will happen within these episodes, and in the end, Churutto! simply indicates that the journey matters more than the destination; as the Heroes from different eras come together to try and cook up a worthy dish, they get to know one another better, have a blast and realise that even if they’ve yet to succeed in their goals, the process is memorable and enjoyable.

Series such as Churutto!, Azur Lane: Slow Ahead! and the Strike Witches/World Witches Take Off! are more than spin-offs of their original series: they allow a series to simply let the characters relax and partake in calming, adorable everyday adventures far removed from the usual horrors and danger associated with their respective series. For better or worse, magical girl or military-moé have the unusual propensity for drawing in viewers with a deep-seated, persistent belief that every detail exists to be picked apart or criticised, from individual actions to technical aspect behind a world and its mechanics. Such discussions can appear excessively serious, so when spin-off series appear and place characters into gentle, humourous circumstances, the producers and creators typically mean to demonstrate that even though their regular series have a discernible goal and nontrivial amounts of danger, the same characters are very much human: when given the chance to kick back, away from their typical duties, magical girls and military-moé characters all have distinct personalities, along with their unique likes and dislikes. They have triumphs, and they make mistakes, the same as people in reality do. Shorts like Churutto! thus serve to show that at the end of the day, the characters are at the heart of every story; whether it be taking the fight to the Vertex, or fighting over which style of udon is the best, Churutto! stands alongside Slow Ahead! and Take Off! in demonstrating how, even without Siren or Neuroi, amusement can still be had. Consequently, when characterisation alone is already of a solid quality, placing them in a well-developed world with an appreciable threat creates a scenario where it becomes easy to root for the characters and follow their efforts towards success. 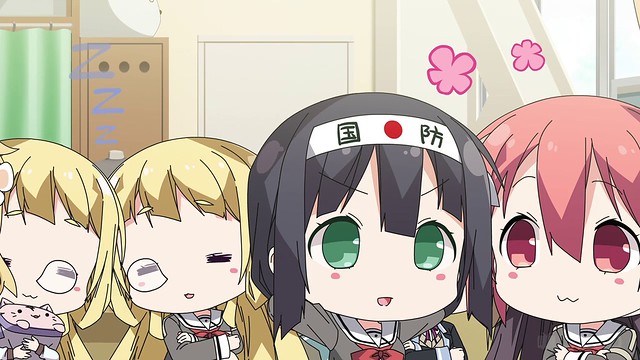 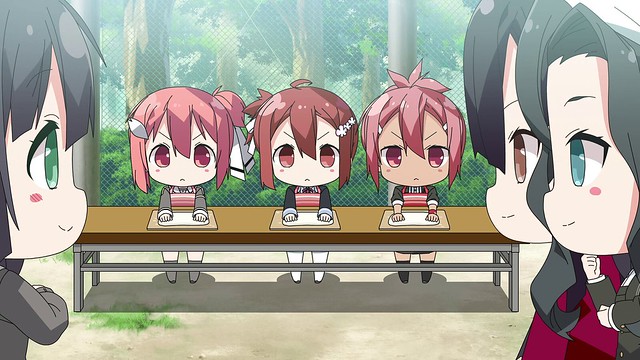 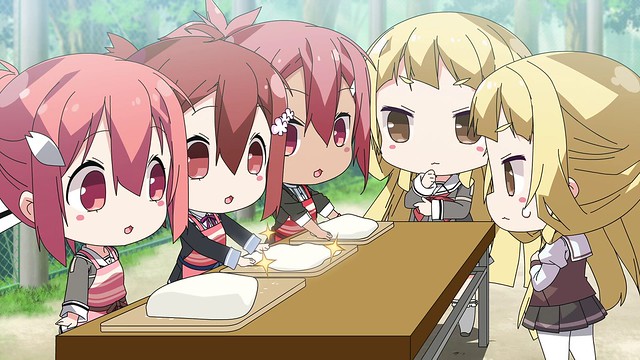 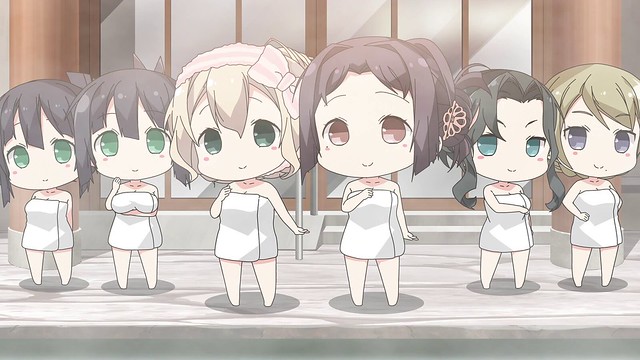 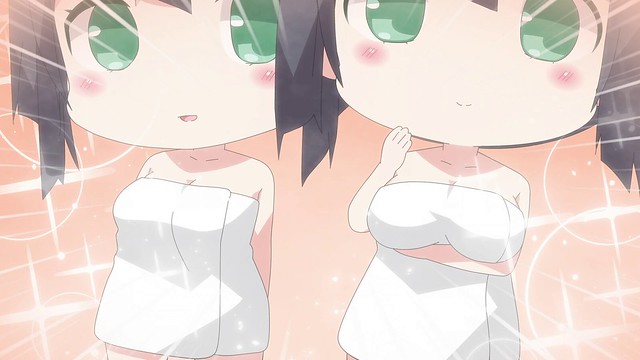 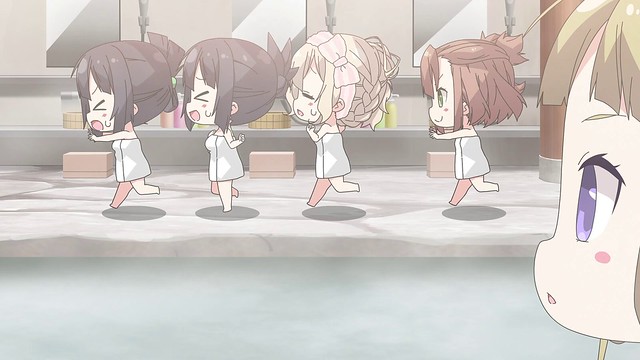 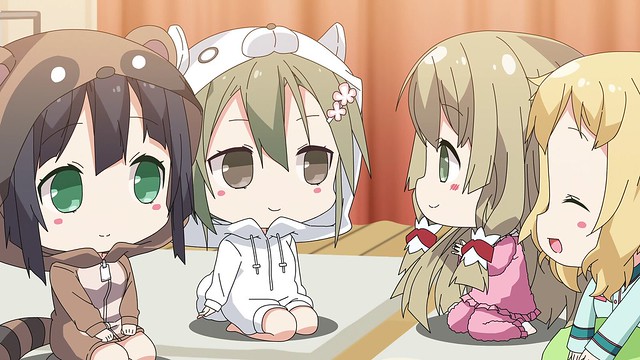 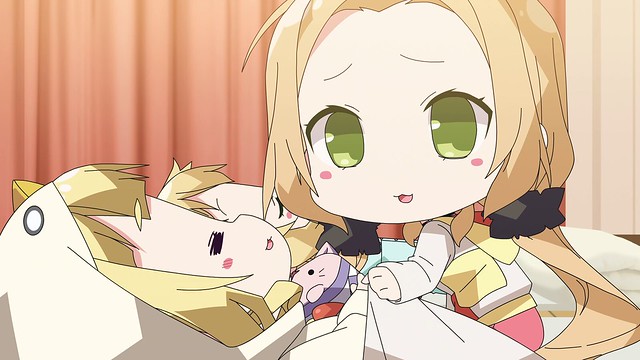 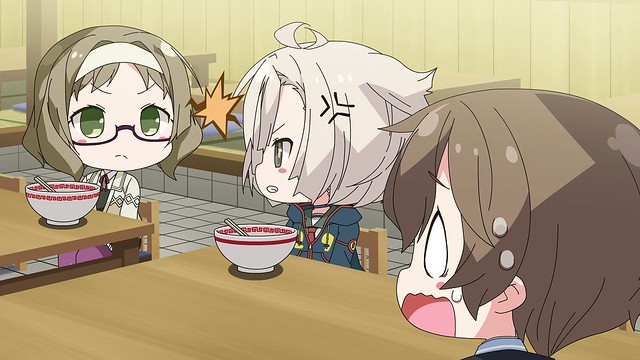 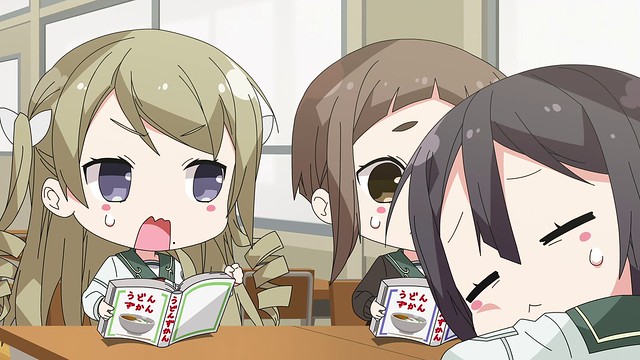 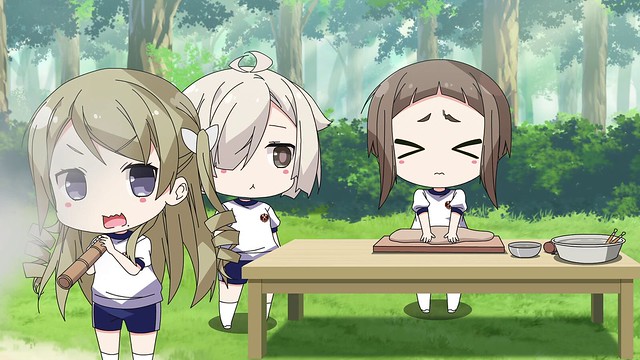 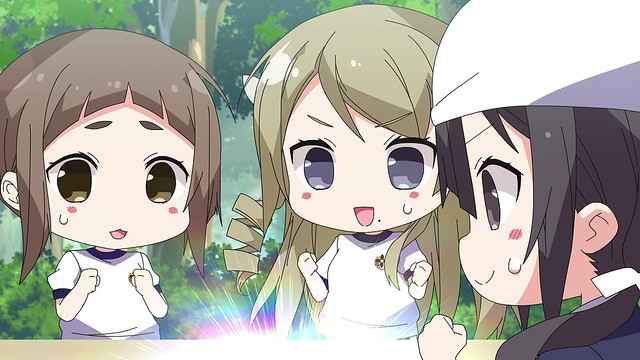 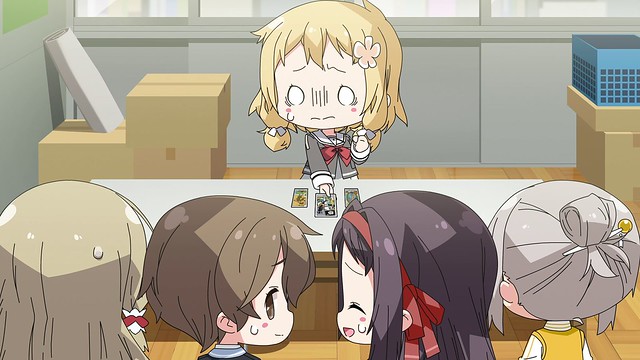 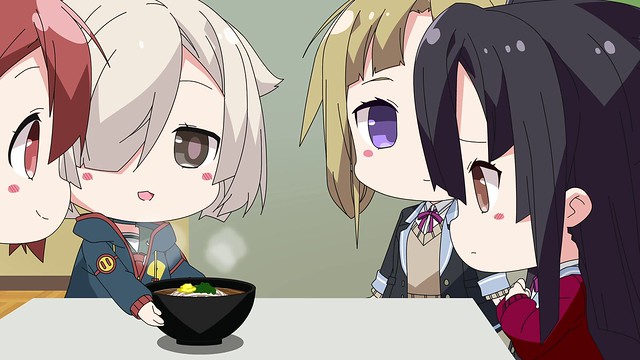 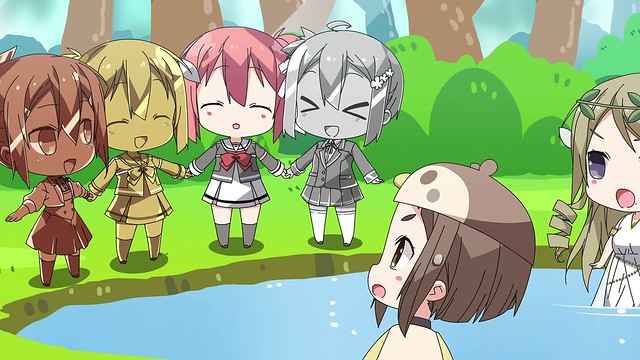 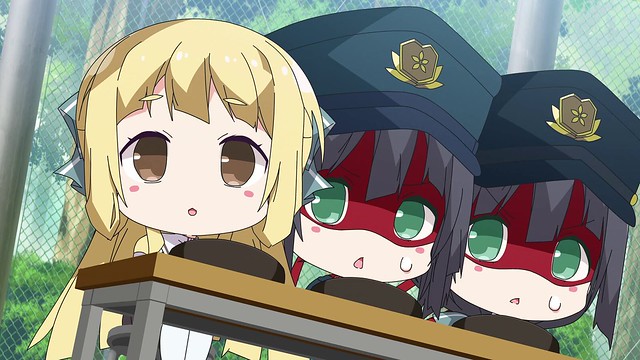 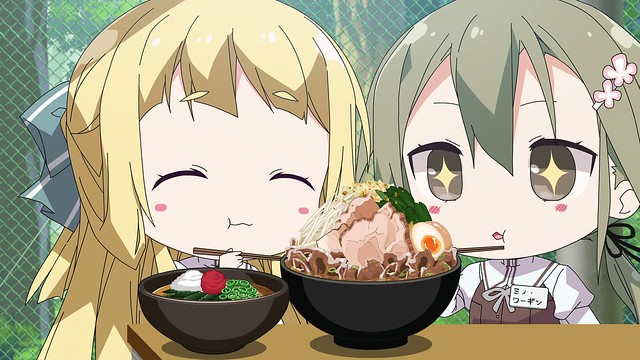 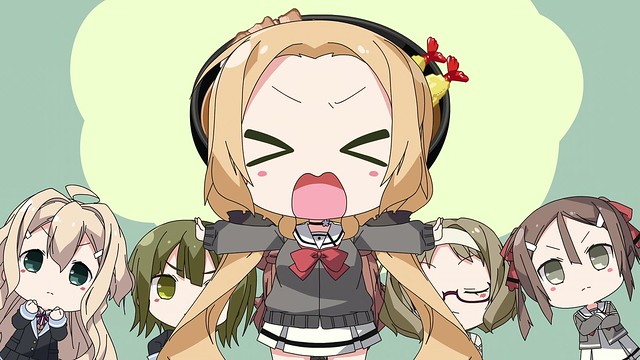 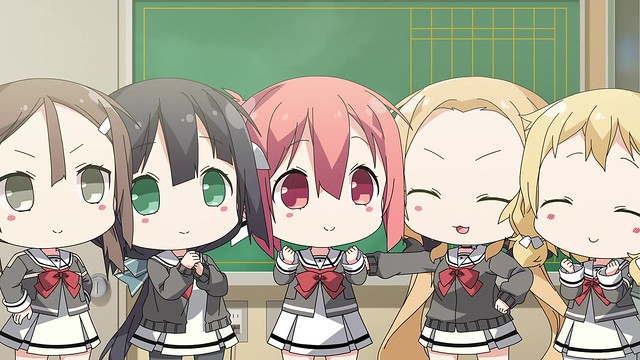 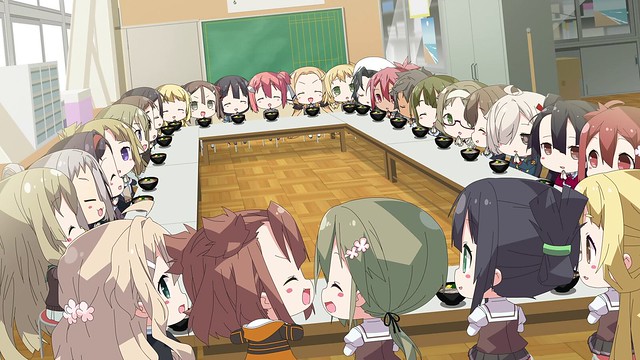 While Churutto! is a welcome addition to the Yūki Yūna is a Hero series, news of a third Yūki Yūna is a Hero season comes as a bit of a surprise – Yūki Yūna is a Hero: Hero Chapter had ended on a very decisive note, and I had noted the series had made extensive use of imagery to indicate that Yūna and her friends have served their duties to the Shinjū in full. The Taisha were gone, along with the Vertex, and it appeared that the Hero Club were finally able to pursue their futures whole-heartedly, with Itsuki taking up the Hero Club’s presidency as Fū graduates and becomes a secondary student. Hero Chapter left no doubt in anyone’s mind that things were concluded in a satisfactory manner (even if it had left a few lingering questions), and as such, that there is going to be a third season at all means that one cannot reasonably enter with any expectations. The key artwork for this third season, titled Dai Mankai no Shō (Great Full Blossom Chapter) indicates that familiar faces are returning, and while it looks like a stretch, one cannot help but wonder if Churutto!‘s introduction of no fewer than twenty-seven characters, twenty-two of which are from different time frames, would mean that Great Full Blossom Chapter will see the Hero Club’s universe faced with some unprecedented threat on the scale of Thanos or similar, forcing the Shinjū to recall everyone for an Infinity War-style get-together in an attempt to deal with the aforementioned threat. Such a story could prove quite exciting, although given Yūki Yūna is a Hero‘s past track record with world-building and pacing, such optimism is cautious at best. At this point in time, I do have plans to watch Great Full Blossom Chapter, and I am hoping that lessons from the earlier seasons are applied to make this one a solid adventure, as well.