Yuru Camp△ Virtual: Visiting A Thousand-Dollar View of Mount Fuji with Rin, Camping the Friendly Fields of Fumoto with Nadeshiko and Discussing Expectations on the Eve of The Yuru Camp△ Movie on Canada Day

2 Comments Posted by infinitezenith on July 1, 2022

“The joy of life comes from our encounters with new experiences, and hence there is no greater joy than to have an endlessly changing horizon, for each day to have a new and different sun.” –Alexander McCandless

Although Steam’s page indicates that one requires at least an i5-4590 and a GTX 1060 in conjunction with a HTC Vive or Valve Index to comfortably run Yuru Camp△ Virtual‘s two instalments, Lake Motosu and Fumoto Campsite, one can actually do so without a high-end desktop; despite the game being classified as a part of Oculus Labs, Yuru Camp△ Virtual runs flawlessly on the original Oculus Quest, which has a Qualcomm Snapdragon 835. Both titles together are quite pricy, costing a total of 50 CAD on Oculus Quest, but in exchange, one is able to fully immerse themselves in a virtual Yuru Camp△ environment. Gemdrops have fully recreated the first two campsites in Yuru Camp△ in this VR project: Lake Motosu has players see the experience from a more experienced Nadeshiko’s perspective, while Fumoto Campsite puts players in Rin’s shoes after she’s become more receptive towards group camping. Both experiences are quite short and possess the same technical sophistication as the UX in prototype for my Unity visualisation of microtubule dynamics (while the model itself was quite complex, being an agent-based simulation of tubule assembly and disassembly, one could only move around and interact with a limited set of items in a scripted manner). However, what Yuru Camp△ Virtual excels in is recreating the atmospherics of the anime: Nao Tōyama and Yumiri Hanamori return to voice Rin Shima and Nadeshiko Kagamihama, respectively. Moreover, in the SMS segments, Chiaki Ōgaki, Aoi Inuyama and Ena Saitō’s voice actresses all reprise their roles. Together with an art style that is consistent with the anime, and Akio Ōtsuka providing narration, Yuru Camp△ Virtual provides a chance for players to fully immerse themselves in now-iconic camping experiences with Rin at Lake Motosu, and Nadeshiko at Fumoto Campsite. Both experiences take place over the course of a day, and after sharing conversations (and occasionally, hot drinks), Nadeshiko will prepare a scrumptious dinner. Rin and Nadeshiko will continue enjoying the night together under the stars before retiring for the evening, and the next morning, prepare to head back home. Although lacking the interactivity of more sophisticated titles and possessing a very steep price point, Yuru Camp△ Virtual represents one more way for fans of the series to enjoy things. In fact, one could say it is the perfect way for us overseas fans to experience things before Yuru Camp△ Movie‘s theatrical première in Japan today – unlike the film, which will likely have a seven to eleven month delay before the home release becomes available, Yuru Camp△ Virtual is available for immediate purchase: Lake Motosu was published in March 2021, and Fumoto Campsite released a month later, in April 2021.

At present, only a handful of details have been published regarding the Yuru Camp△ Movie: some time has passed since everyone had met in high school. Rin works at a publishing company as an editor, and one day, she’s surprised to receive a message from Chiaki, who ended up joining Yamanashi’s tourism board. Chiaki is in charge of a new project to reopen a site that had closed some years previously, and Rin’s mind immediately flits towards camping. At this time, Nadeshiko’s taken up a job with a camping goods store in Tokyo, while Aoi’s become an elementary school instructor, and Ena is a pet groomer who works out of Yokohama. When they receive news of Chiaki’s project, together with Rin, they embark on an ambitious project to see Yamanashi’s latest project succeed. From organising meetings and planning out the logistics, to getting their hands dirty and working on preparing the site, the girls are reminded of their camping experiences together back when they were high school students. From this premise, the Yuru Camp△ Movie gives every indicator that it is going to be a moving, and touching story of both progress and reminiscence; the decision to do a large-scale project that allows everyone to bring their own unique skills, and their shared enthusiasm to the table in a way that had hitherto been unseen, represents a very large step forwards for Yuru Camp△. Until now, the story had focused purely on seeing the girls plan out and enjoy their travels, all the way adapting to things and making most of whatever unexpected event occurs on their trips. However, to now see everyone reunite, and moreover, apply their skill set towards a task that will help their home out in a meaningful way allows Yuru Camp△ to tread new grounds. Naoko Yamada had previously spoken about the challenges associated with bringing anime series to the silver screen – through Yui, Yamada felt that what a movie must accomplish is using its runtime to convey a greater sense of scale. K-On! The Movie had succeeded by framing the London trip as a chance to make everyone’s appreciation for everything Azusa had done for the light music club tangible. The Yuru Camp△ Movie appears to suggest that no matter what adversity one might face, facing it together, through a combination of passion and of experience, is what allows one to rise above their problems, and in doing so, one will gain both new memories worth treasuring, as well as further experience for whatever may lie ahead. 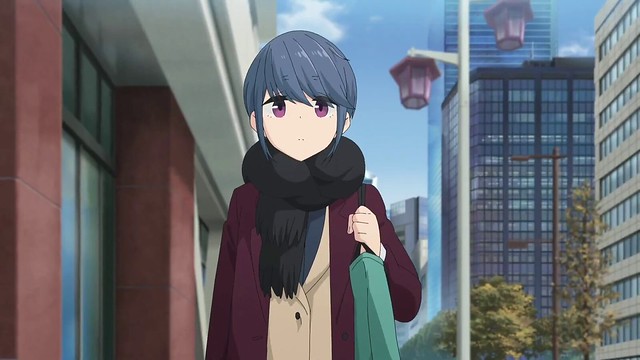 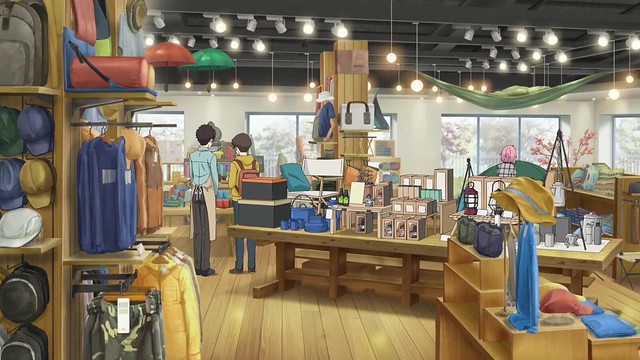 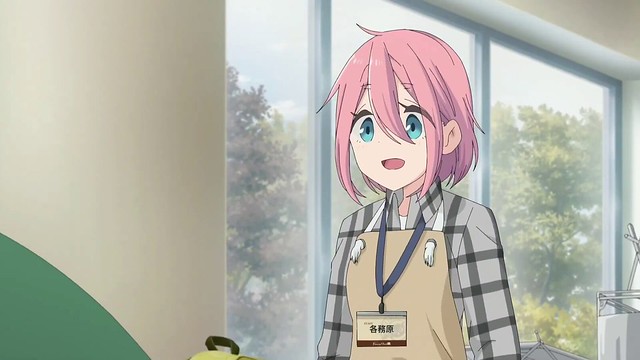 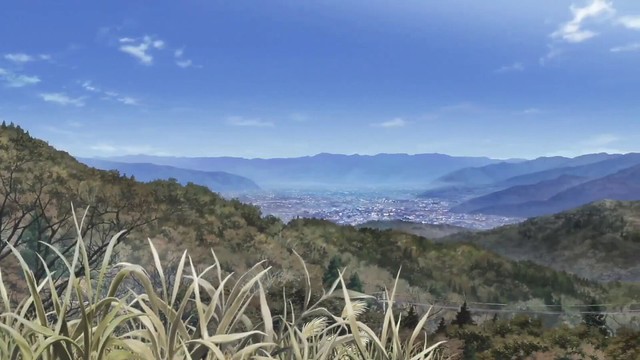 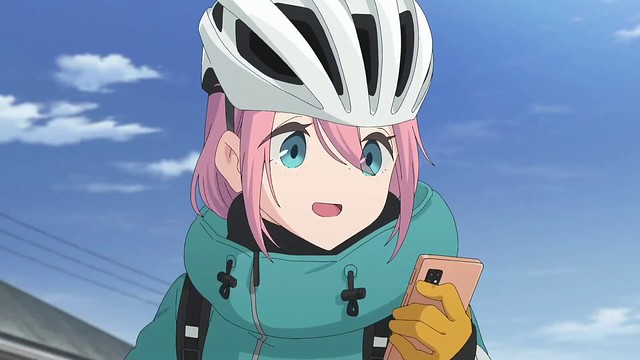 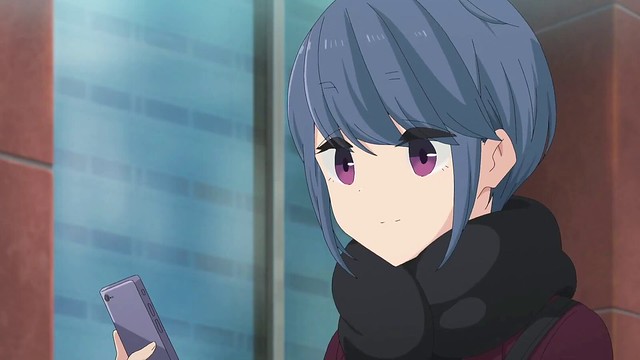 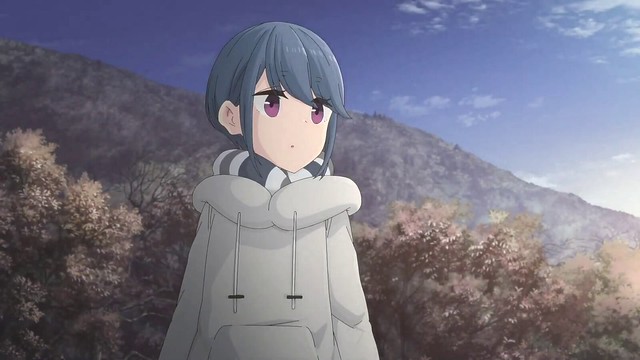 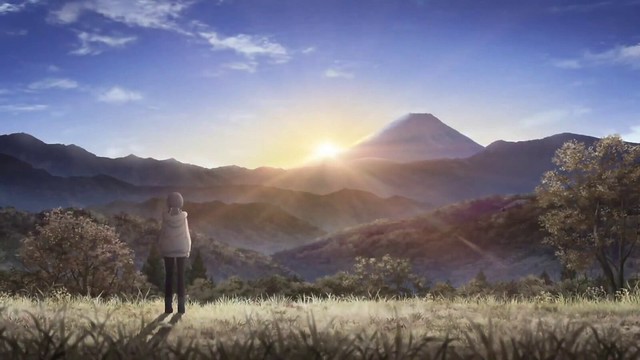 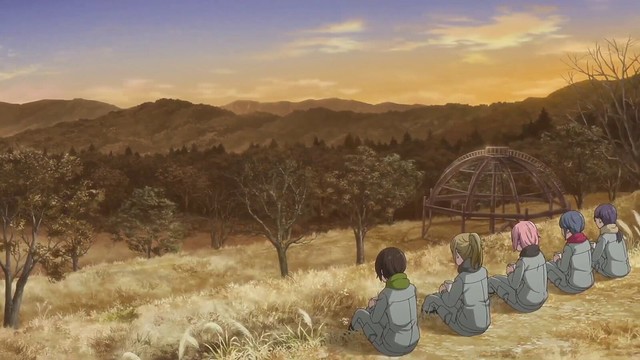 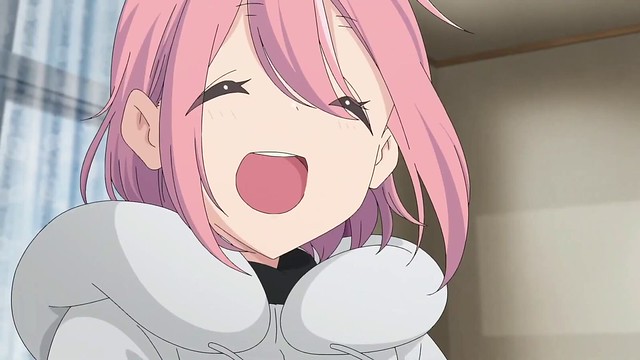 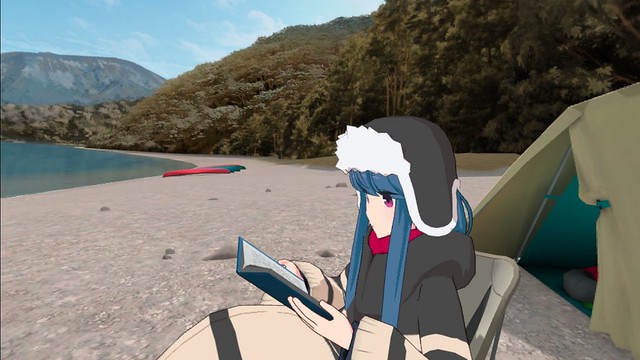 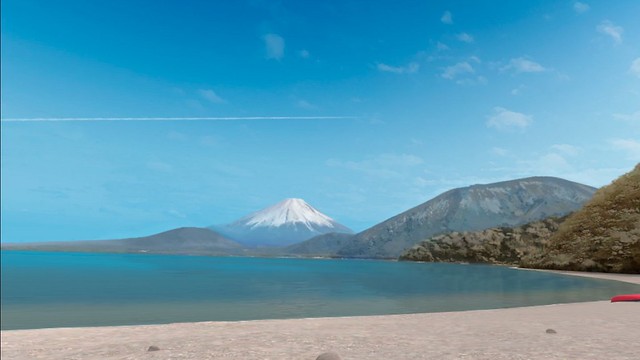 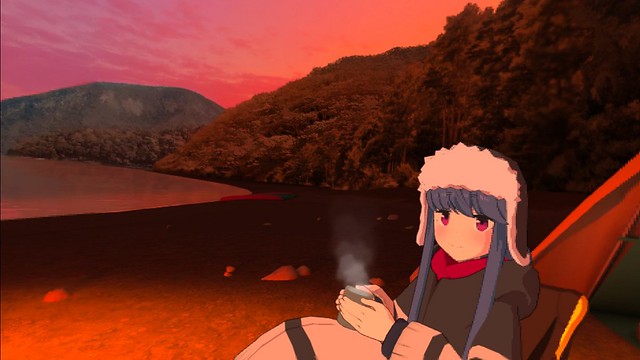 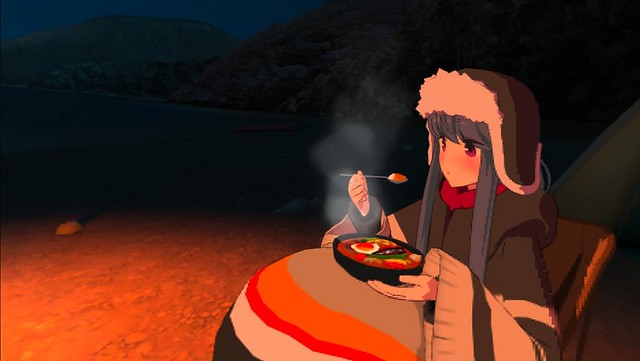 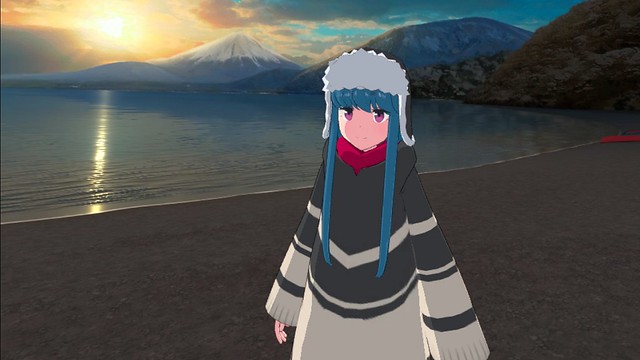 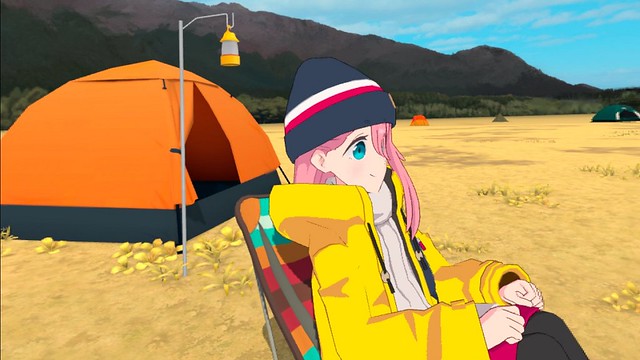 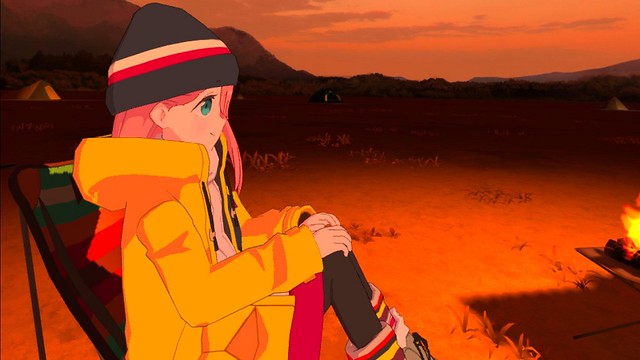 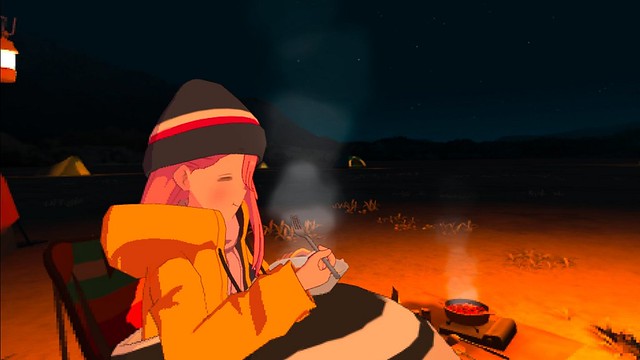 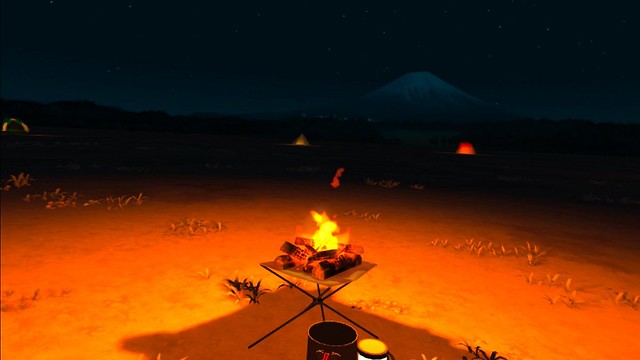 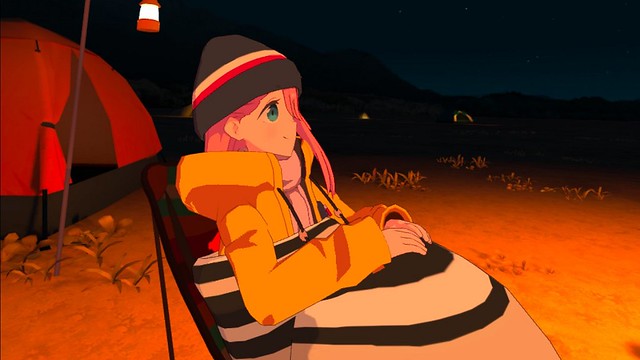 In this way, the Yuru Camp△ Movie may represent unexplored ground for the series, but the series’ impressive execution (a consequence of being able to successfully present meaningful lessons, accentuate the beauty in the outdoors, showcase Japan’s travel spots and generally create a sense of catharsis) has resulted in Yuru Camp△ being immensely successful, both in Japan and internationally. Very few slice-of-life series gain such universal acclaim, and as a TV series, it did feel as though Yuru Camp△ had already succeeded so wholly that there isn’t much in the way of new direction to explore. However, the second season of Yuru Camp△ ends with volume nine, and the manga is still ongoing. At first glance, it would be logical for a movie to continue covering the manga’s events, which follows Rin and the others on new camping adventures as winter turns to spring. A summer camping trip with everyone, including Ayano, would have been the logical, showing how Rin’s experiences with everyone opens her to experience camping during a time she previously avoided. However, such a story is more befitting of a third season. In choosing to go with all-new material, the Yuru Camp△ Movie is truly stepping up its game to, in Naoko Yamada’s words, fill the scale and expectation that accompanies the silver screen. Yuru Camp△‘s reputation means that expectations for this film are going to be high, but with two seasons of anime, a short anime series, two seasons worth of live-action dramas, a visual novel and a pair of virtual reality games setting the precedence for what’s possible, it is reasonable to suppose that viewers’ expectations for the Yuru Camp△ Movie will be exceeded: it goes without saying that viewers in Japan and abroad alike will greatly be looking forwards to this film, although for those of us internationally, the wait to see the Yuru Camp△ Movie will likely correspond with when the BDs become released. To ease the agony of this wait, I’ll likely spend more time admiring the sunset on the shores of Lake Motosu, or sharing another conversation with Nadeshiko in the middle of Fumoto’s seemingly-endless grass plains.