This is the greatest baking of all time.

This is my four-hundredth post! It’s been a week since Yuuki Oujima has won the student council election: the Food Research Club is preparing a party to celebrate Yuuki’s victory, and Chisato yearns to learn basic cooking skills from Yuuki. However, Satsuki wishes for Yuuki to take on the responsibilities of the presidency early on and arrives with paperwork for him to look over. With Chisato and Satsuki at odds as to who gets to spend time with Yuuki, some juniors arrive and decide that this dispute should be settled with a baking competition. After Chisato and Satsuki complete their baked products, Yuuki decides it’s a draw, and everyone spends the remainder of the day enjoying the sweets the two have made. 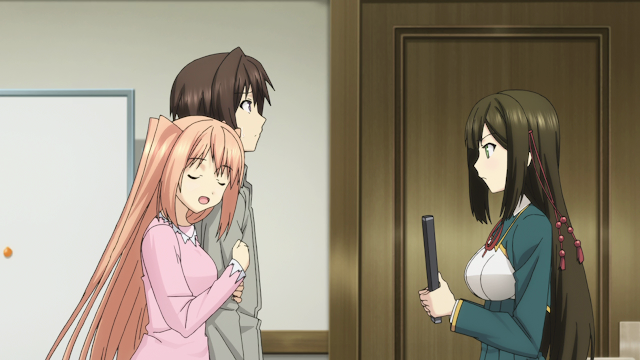 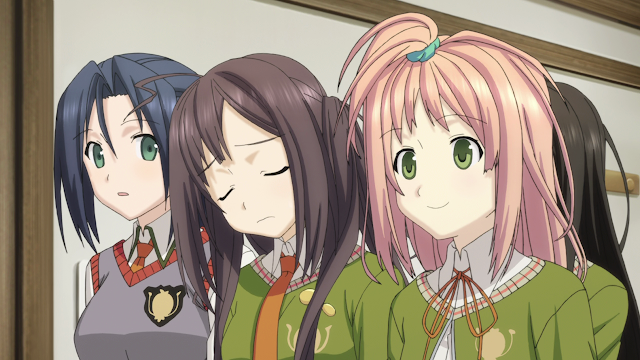 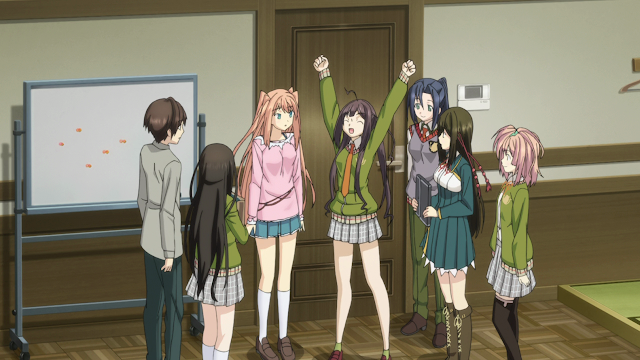 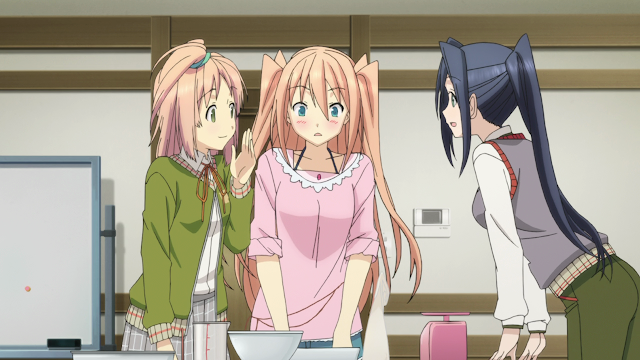 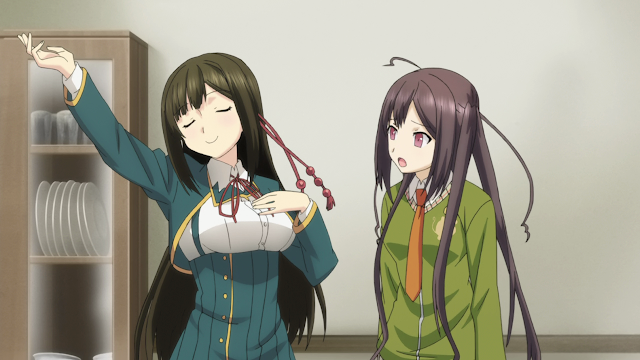 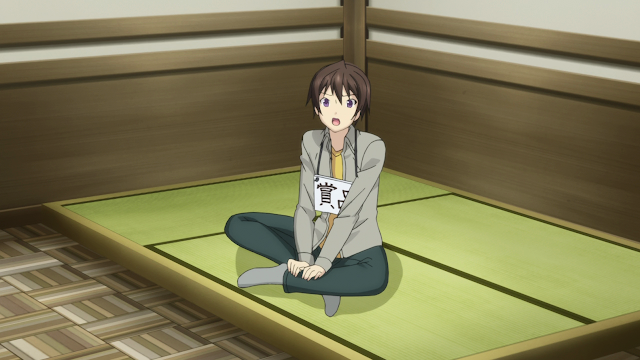 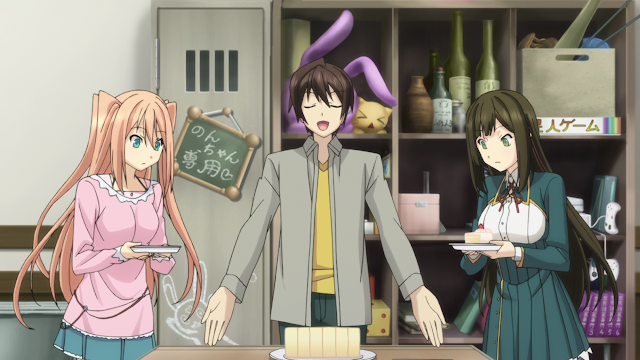 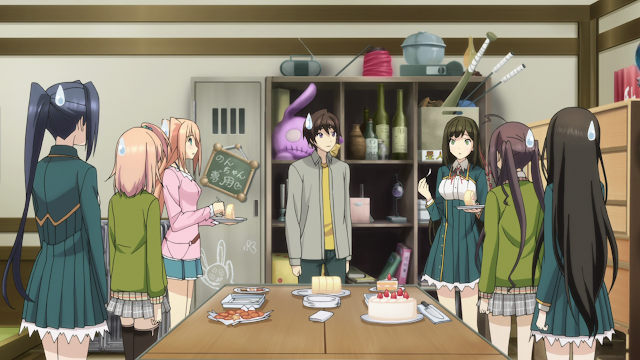 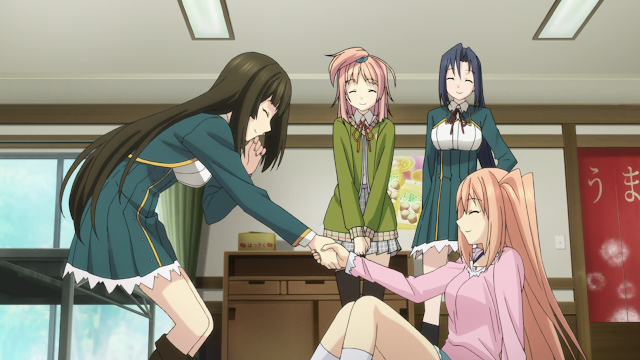 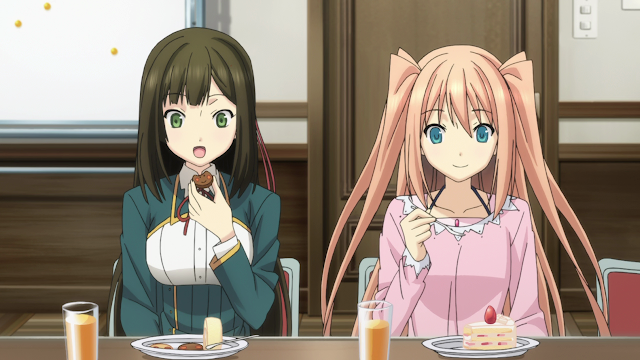 I have not seen Koi to Senkyo to Chocolate for nearly half a year now: the last time I watched it, I was waiting for a few friends to arrive at a pub just north of campus. It was a beautiful summer evening and felt like the edge of time: on such evenings, I stayed after hours to continue polishing my software, but with the lab empty, I could afford to watch anime such as Koi to Senkyo to Chocolate. However, for one reason or another, this OVA had slipped between the cracks, and so, I forgot to watch it. However, the opportunity presented itself a few weeks ago, and I was able to watch it after hours at the lab. This time around, I was waiting for an exam rather than spending an evening with friends. The OVA is fitting for the series: after a hectic uphill battle in the elections, things are much more laid-back this time around, making use of character interactions to drive the humour present in some of the scenes. Because the OVA is focused on a cooking competition, the events never leave the Food Research Club’s room, resulting in a prima facie anticlimactic ending to Koi to Senkyo to Chocolate. However, this mood exists exists simply because all of the excitement was in the TV series proper, and so, this episode represents an appropriate, low-profile close to the series.

Koi to Senkyo to Chocolate Reflection

Koi to Senkyo to Chocolate follows the protagonist Yuuki Oojima, who attends Takafuji Private Academy, a large school with over 6,000 students. Yuuki is a member of the Food Research Club, along with seven others, including his childhood friend Chisato Sumiyoshi. The members leisurely spend their time in the club not doing much activities. When the election of the next student council president comes up, the front runner Satsuki Shinonome proposes that clubs that have no merit should be sorted out and abolished. The Food Research Club seeks advice from the current student council president Yakumo Mouri, who suggests Yuuki run in the election as an opposing candidate. Yuuki learns about the issues facing the school and decides to run in the election.

Koi to Senkyo to Chocolate was originally a visual novel for PC and PSP, adapted into a manga in 2011, and an anime in 2012. Admittedly, I passed over this series when it was first released, since it seemed outside my domain of interest, but decided that open-mindedness was a virtue and would pick up Koi to Senkyo to Chocolate out of curiosity. The anime itself reminds me strongly of when I ran for an election at my old high school. Whereas Oojima was motivated primarily by the desire to save the Food Research Club from decimation, my motivation had been to pad my resume in light of my application to the Bachelor of Health Sciences program. Nonetheless, despite such a superficial motivation, I ended up having a good experience campaigning and giving speeches. Of course, I also realised quickly that politics could be abstracted as a popularity contest to some level (although I am careful to note that this isn’t always the case): indeed, some of my classmates refused to vote for me on the virtue that they didn’t like me, accusing me of appealing to crude means to win. I would lose a few friends during the process, but to take such a high school election so seriously is perhaps not exactly the most agreeable thing to do in reality. However, as a fictional medium, anime is a fine place to see what would happen if student elections were approached with a serious mindset. One would expect a relatively over-the-top anime, but somehow, Koi to Senkyo to Chocolate manages to keep things engaging and interesting through minor plot twists and Yuuki’s interactions with his club members, Chisato and the other candidates. 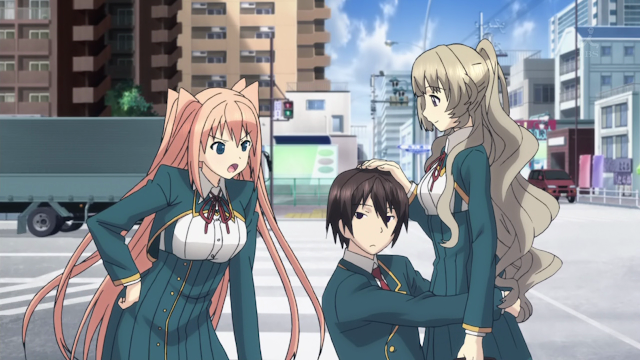 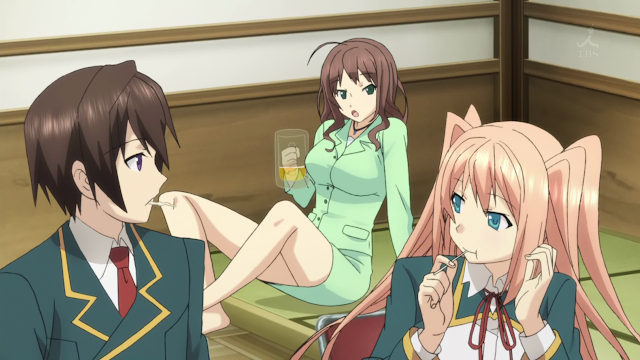 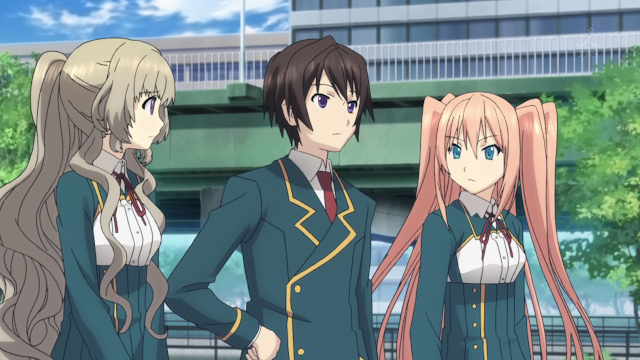 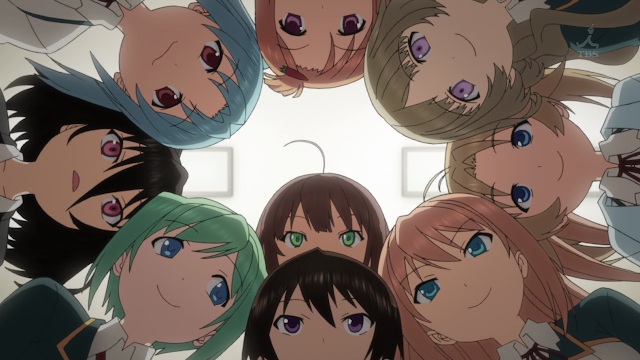 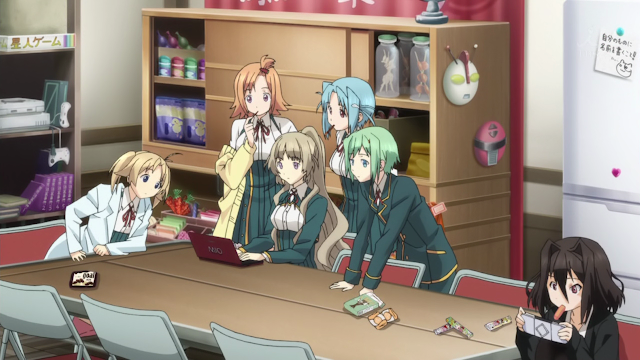 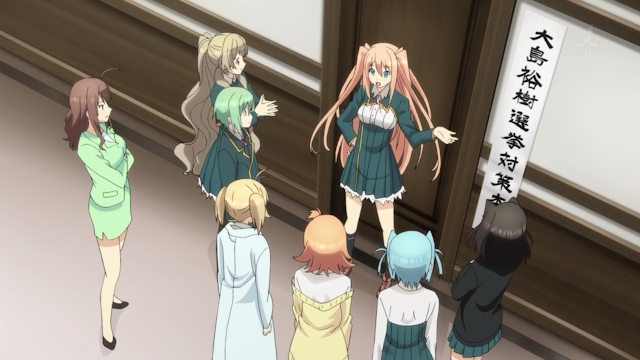 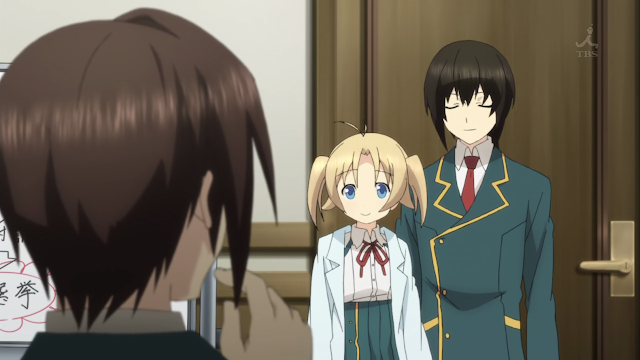 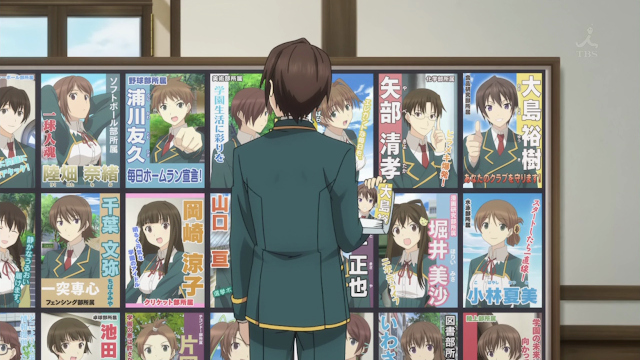 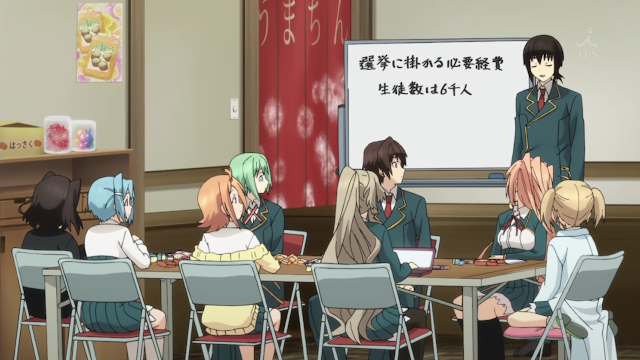 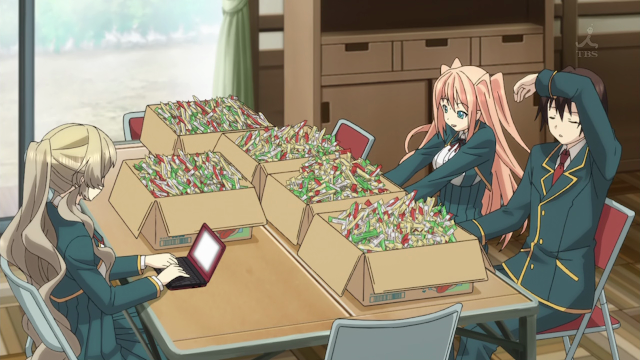 A few reviewers out there have completely bypassed the elections component Koi to Senkyo to Chocolate, considering the anime’s election elements to be minor relative to the harem component, and then subsequently whether or not the execution ‘worked’. Anime built off a visual novel tend to feature multiple characters that could potentially end up together with the protagonist, and thus, it is argued that anime adapted from visual novels are worth watching only if the story in the anime is cohesive and focuses on a smaller number of characters. In this execution, what is left is a solid story about Yuuki’s endeavours to rescue the Food Research Club. My approach, on the other hand, results from my limited understanding of the visual novel. As such, I watch the anime talis qualis, taking in the story without any expectations. In this case, I see a story about Yuuki’s endeavours to rescue the Food Research Club. 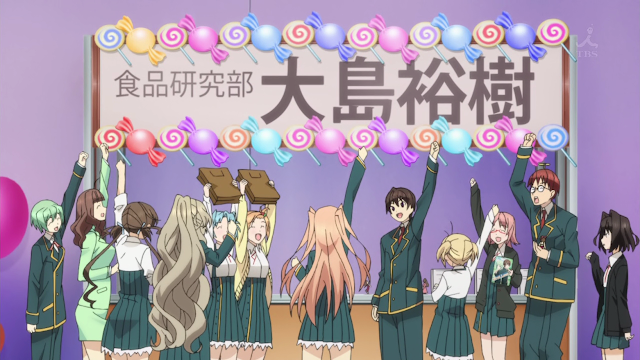 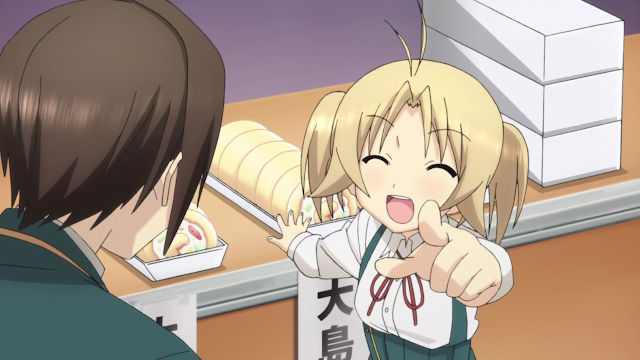 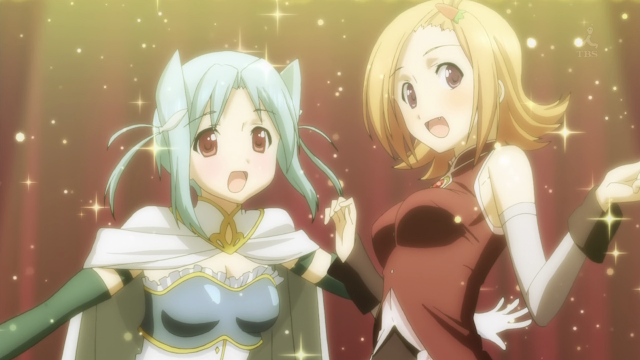 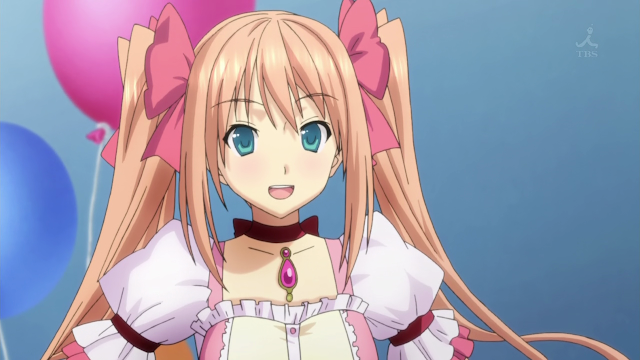 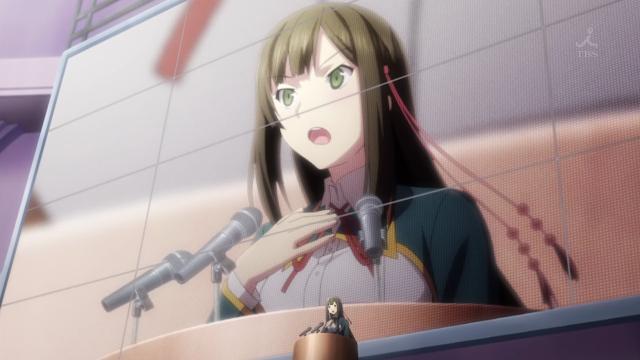 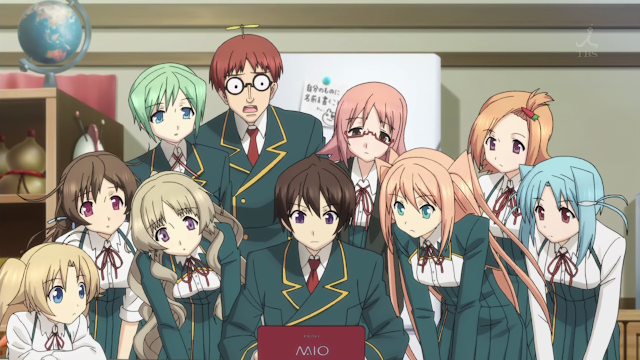 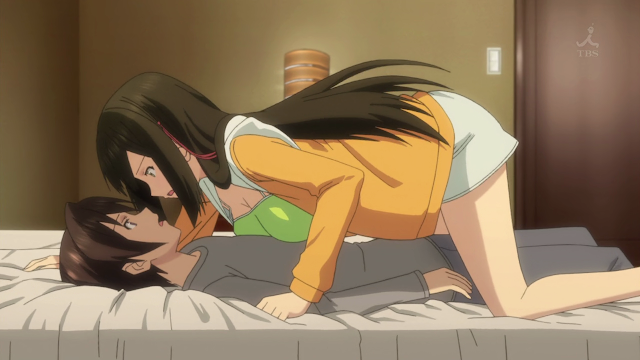 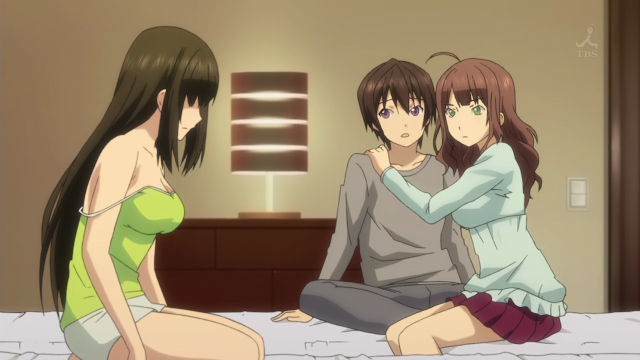 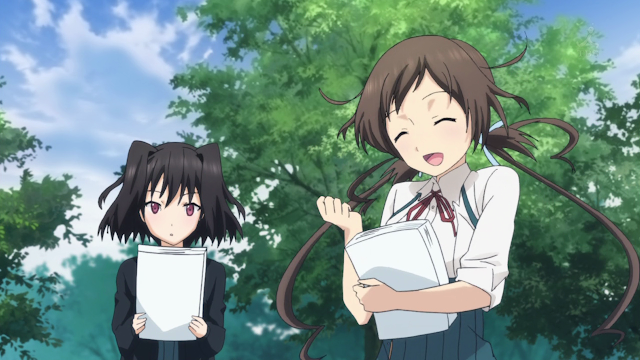 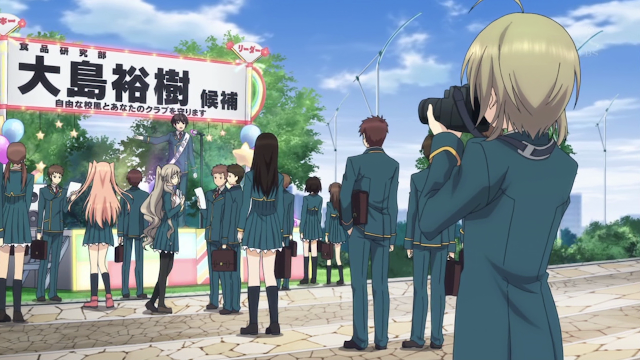 After the elections conclude, Yuuki becomes the new president of the Student Council. However, his victory feels solid and well-earnt, having seen all of the work that went into running for his candidacy from both his and the Food Research Club’s end. Whether it be preparation of campaign elements, publicity or fundraising, aspects of an election are presented neatly. Of note is Mouri Yakumo’s assistance and provision of the occasional bit of insight into electoral systems and some of their accompanying flaws, as well as the complex network of political alliances and underhanded means some parties are willing to resort to in the name of safety. While such a system would probably be not be found in a school system, Koi to Senkyo to Chocolate represents an abstraction of the political system that introduces a fun element into what is typically a rather tedious system, bringing to mind the Futurama episode “A head in the polls”, which brings a similar degree of satire to the table concerning the democratic process. Do I recommend this anime? Probably: it’s quite fun for people like me, who don’t take anime as more than something to be watched as light-hearted entertainment, but veterans of the harem genre and/or visual novel to anime adaptations might be disappointed.